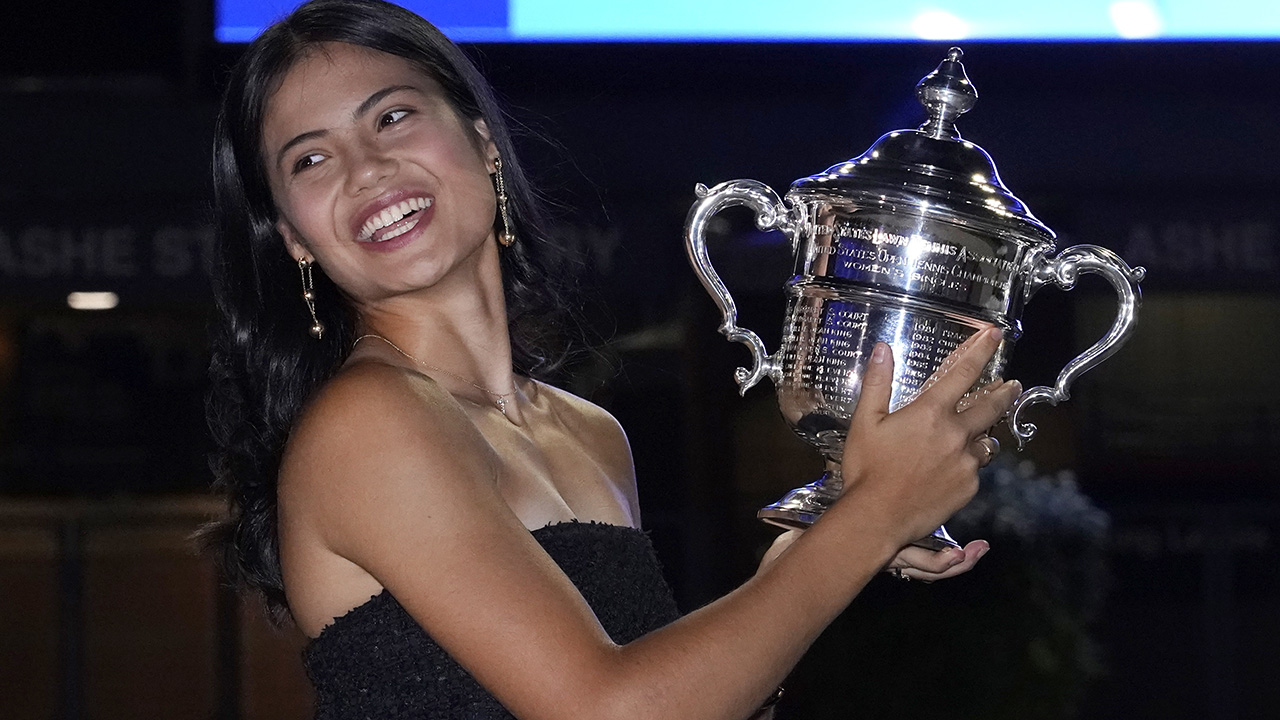 Emma Raducanu had a big payday when she defeated Leylah Fernandez to win the 2021 U.S. Open Sept. 11.

The 18-year-old became the first qualifier in the Open era to win a Grand Slam title. It was her first major championship, and the win shot her up the WTA rankings to No. 23. She had been knocked out of the fourth round of Wimbledon just a month prior.

According to Yahoo Sport, Raducanu took home about $3.4 million in tournament winnings. She revealed earlier in the week what she would do with the money.

"I will just leave that to my parents. They can take that for me. I haven’t gone shopping yet," Raducanu said. "I know that tennis is an extremely expensive sport, so it will probably go towards that."

Her father was born in Romania and her mother in China, and both reportedly have finance backgrounds.

US OPEN WILL BE WITHOUT SOME OF TENNIS' HIGHEST-EARNING STARS

Not to worry though. The Daily Mail reported Raducanu could be looking at endorsement deals from the likes of Nike, Wilson, Chanel and Tiffany & Co.

It was the first all-teen women’s final since the 1999 U.S. Open final between Serena Williams and Martina Hingis. Both Raducanu and Fernandez were unseeded entering the tournament.

Raducanu, who started playing tennis at 5 years old and modeled her game after Simona Halep and Li Na, dropped to the court in tears of joy after the tournament-clinching point.