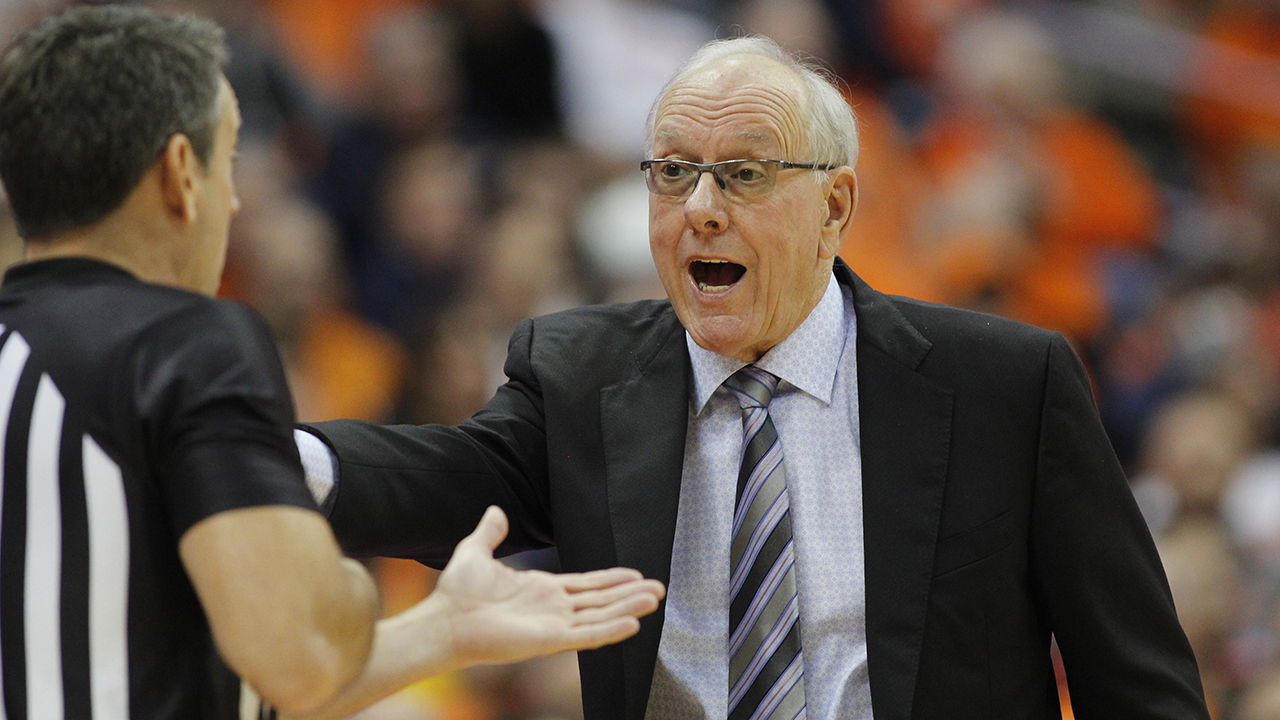 Legendary Syracuse men’s basketball coach Jim Boeheim, on the heels of an embarrassing loss to Virginia on Wednesday, slammed having to play conference games so early in the season.

The Orange lost to the Cavaliers, 48-34, recording the program’s lowest point total since World War II, according to ESPN’s Stats & Info. Boeheim’s unhappiness wasn’t only with the loss but the fact the loss came to an Atlantic Coast Conference opponent so early in the season.

“You never want to play the league games early. That’s stupid. It’s just a money grab,” Boeheim said, according to Spectrum News. “They’ve got scheduled games for TV, for the TV contracts, so you’ve got to play games early and then somebody had the brilliant idea of opening up the first game with a league game.”

He added: “I just don’t think it’s good. I don’t think it’s smart. You want to build up to league. The league’s the most important thing, so why would you play the first game of the year in the league? Makes no sense to me but that’s what happens when you go up to 20 games and someone wants you to play early.”

Usually, conference games take place toward the end of the season – predominantly in January and February. However, the ACC changed things up this season in hopes to draw bigger ratings in conjunction with the newly launched ACC Network. Every ACC team except for Duke, who had to play No. 4 Kansas to start the season, was playing a conference opponent, Yahoo Sports noted.

Syracuse just had bad luck of the draw to run into defending national champion Virginia. Syracuse won’t play another ACC opponent until Dec. 7 when it takes the road against Georgia Tech. January will start the main ACC schedule for the Orange, kicking it off with Notre Dame.