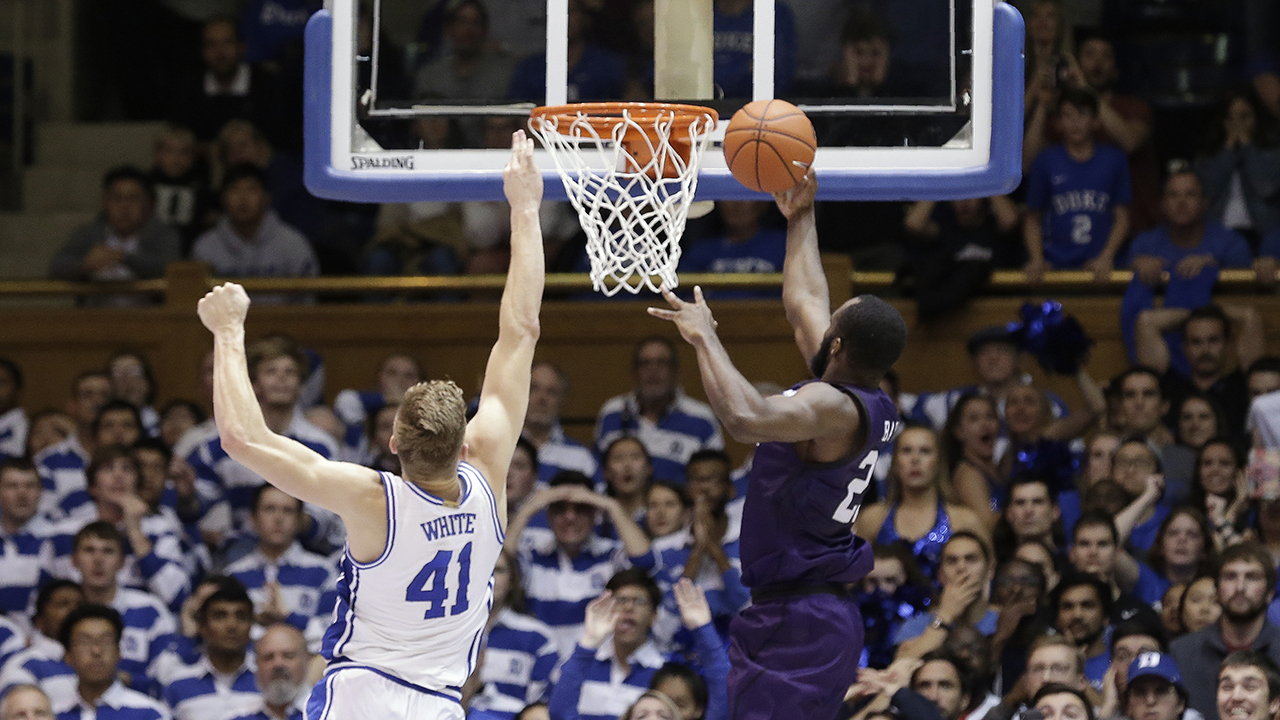 Stephen F. Austin completed the upset of No. 1 Duke on Tuesday night thanks to a game-winning layup from Lumberjacks forward Nathan Bain.

As Bain was celebrating the upset with his teammates, he had unknowingly shined a brighter light on himself and his family. Bain, a Bahamas native, had his and his family plight pushed to the forefront.

Nearly everything Bain and his family owned was destroyed in Hurricane Dorian in September. Bain's father, who is a minister, also had his church destroyed in the storm.

Stephen F. Austin athletics created a GoFundMe for Bain's family more than two weeks after the storm had taken its toll on the island nation. Before the game, the fundraiser has raised just over $2,000 for Bain's family, but his game-winning bucket over Duke gave the donations a bit of a boost.

Many of those who donated money to the fund were thanking Bain for helping defeat Duke.

Stephen F. Austin's win over Duke was among the biggest upsets in college basketball history. The Lumberjacks were 27.5-point underdogs going up against the top-ranked team in men's basketball.

Bain played 34 minutes for the Lumberjacks. He scored 11 points, grabbed five rebounds, recorded two assists and got two steals in the win.

After the game, he was asked what was going through his mind.

"My family lost a whole lot this year," he said. "I'm trying not to get emotional, whew. ... I'm just playing for my family back home in the Bahamas. I'm just trying to make my country proud."