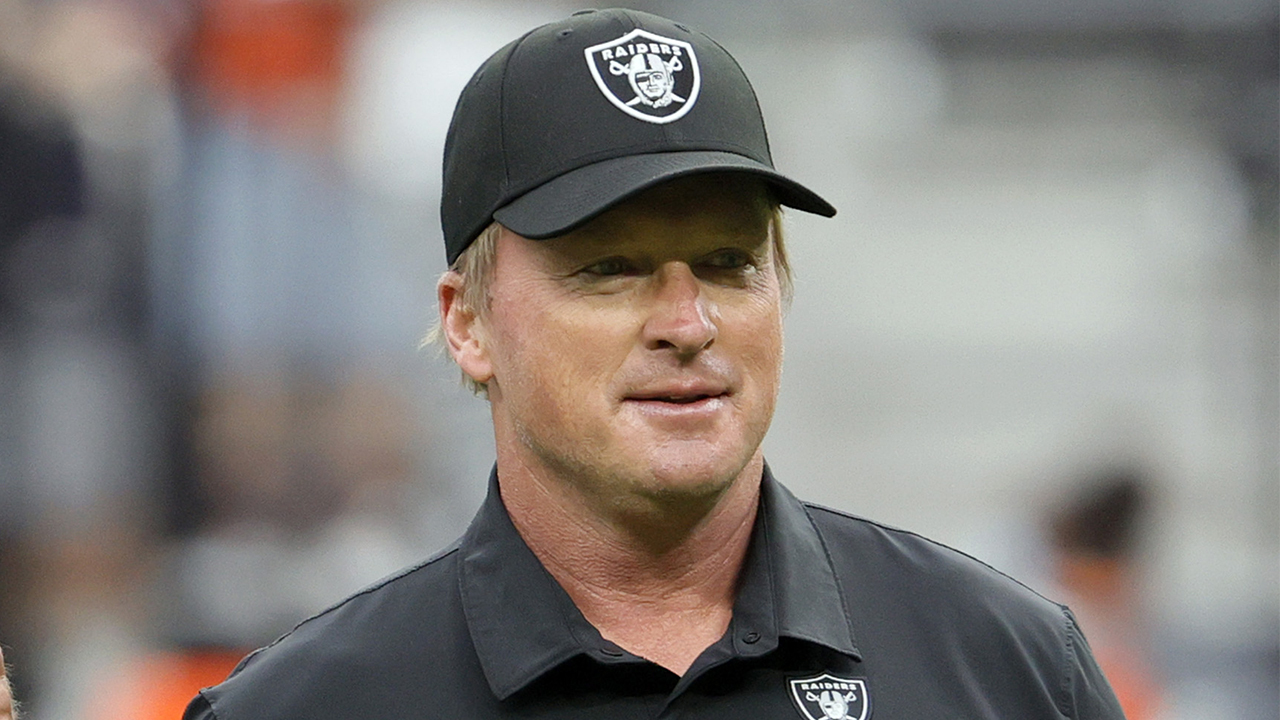 The Las Vegas Raiders weren’t the only organization to drop Jon Gruden.

On Tuesday, Skechers, the shoe and apparel company, announced that it's ending its relationship with the former Super Bowl-winning head coach after he made racist, misogynistic and homophobic comments directed at Commissioner Roger Goodell and NFL Players Association executive director DeMaurice Smith, among others.

LAS VEGAS, NEVADA - OCTOBER 10: Head coach Jon Gruden of the Las Vegas Raiders talks to his players as they stretch before a game against the Chicago Bears at Allegiant Stadium on October 10, 2021 in Las Vegas, Nevada. The Bears defeated the Raiders (Ethan Miller/Getty Images / Getty Images)

"Skechers is aware of the recent press reporting on the emails of Jon Gruden, which caused him to resign his N.F.L. coaching position. Upon learning of these developments, we immediately terminated Mr. Gruden’s endorsement contract and our affiliation with him," Skechers vice president of corporate communications and marketing Jennifer Clay said via, USA TODAY Sports in an email.

"Skechers believes in equality, fostering tolerance and understanding for all people. It is at the core of who we are as a global lifestyle brand and why we have a zero tolerance policy for such behavior within our business including those who we formally work with. We believe taking a stand against racist or derogatory comments and for inclusion of all is imperative."

Back in January, Skechers said that Gruden would join its brand of ambassadors, but on Tuesday afternoon, the company removed everything relating to its partnership with the former head coach.

LAS VEGAS, NEVADA - OCTOBER 10: Head coach Jon Gruden of the Las Vegas Raiders walks on the field before a game against the Chicago Bears at Allegiant Stadium on October 10, 2021 in Las Vegas, Nevada. The Bears defeated the Raiders 20-9. (Photo by Et (Ethan Miller/Getty Images)

"We’re always looking for fan favorites to represent our men’s collections and Jon Gruden, with his colorful personality, fits the bill," Skechers president Michael Greenberg said in the January release.

"From winning a Super Bowl in Tampa Bay to his weekly Gruden Grinder awards as a broadcaster, fans have been tuning into what Jon does and says for decades. We’re confident his signature leadership will fit seamlessly into our roster of sports celebrities and help convey the story of how our athletic and casual footwear and apparel delivers on style and comfort for men everywhere."