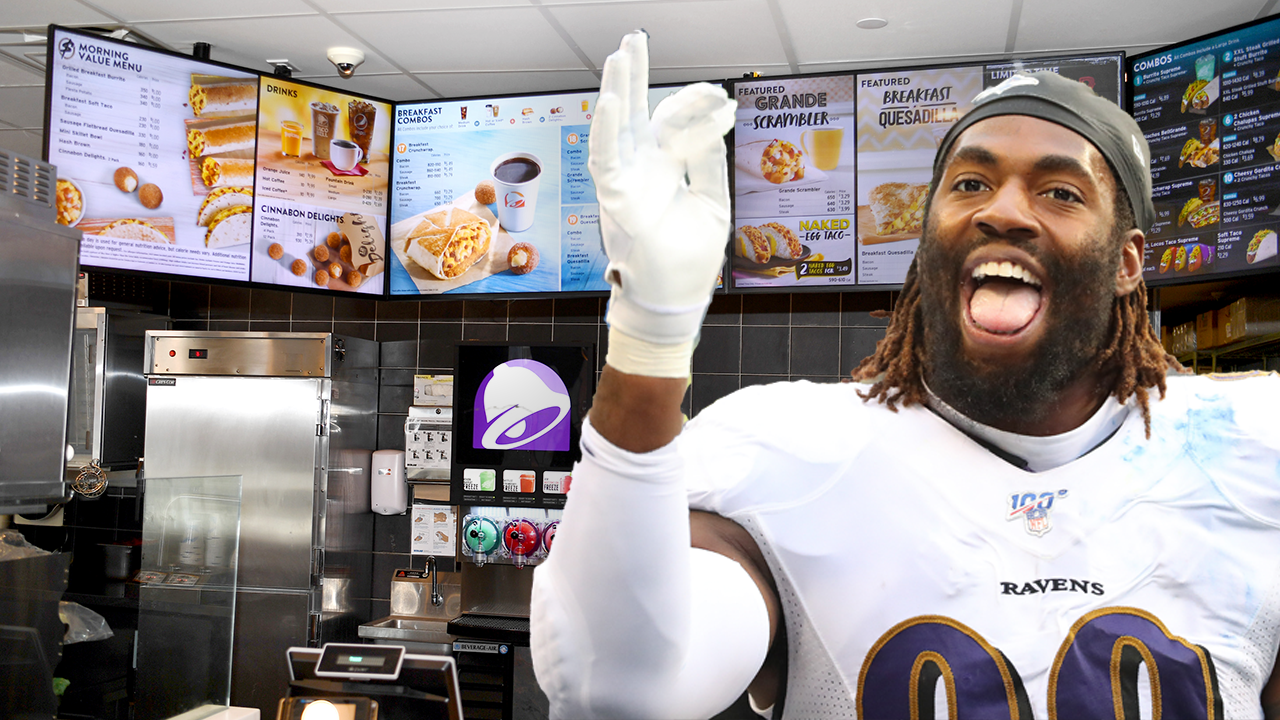 The average NFL fan could probably relate to how Baltimore Ravens linebacker Matthew Judon went about his player introductions during the NBC broadcast Sunday night.

NBC shows player introduction for each teams’ offense and defense at the start of each of their Sunday night broadcasts. The players usually just say their name and college, but Judon put a different twist on his introduction during the game against the New England Patriots.

Judon. who is 6-foot-3 and 261 pounds, may have been inspired by a former Ravens great who also put a creative spin on player introductions.

The plug did not go unnoticed by Taco.

When Terrell Suggs roamed the field for the Ravens, he would often introduce himself as “Sizzle" or "Hacksaw" from "Ball So Hard University.”

Judon failed to pick up and tackles or sacks during Baltimore’s 37-20 win against the previously undefeated Patriots but did account for four quarterback hits.

The Ravens defense was able to force two turnovers in the win.

Judon is in his fourth season with the Ravens. In 2019, he has four sacks and 21 combined tackles. He has started all eight of the Ravens’ games this year.