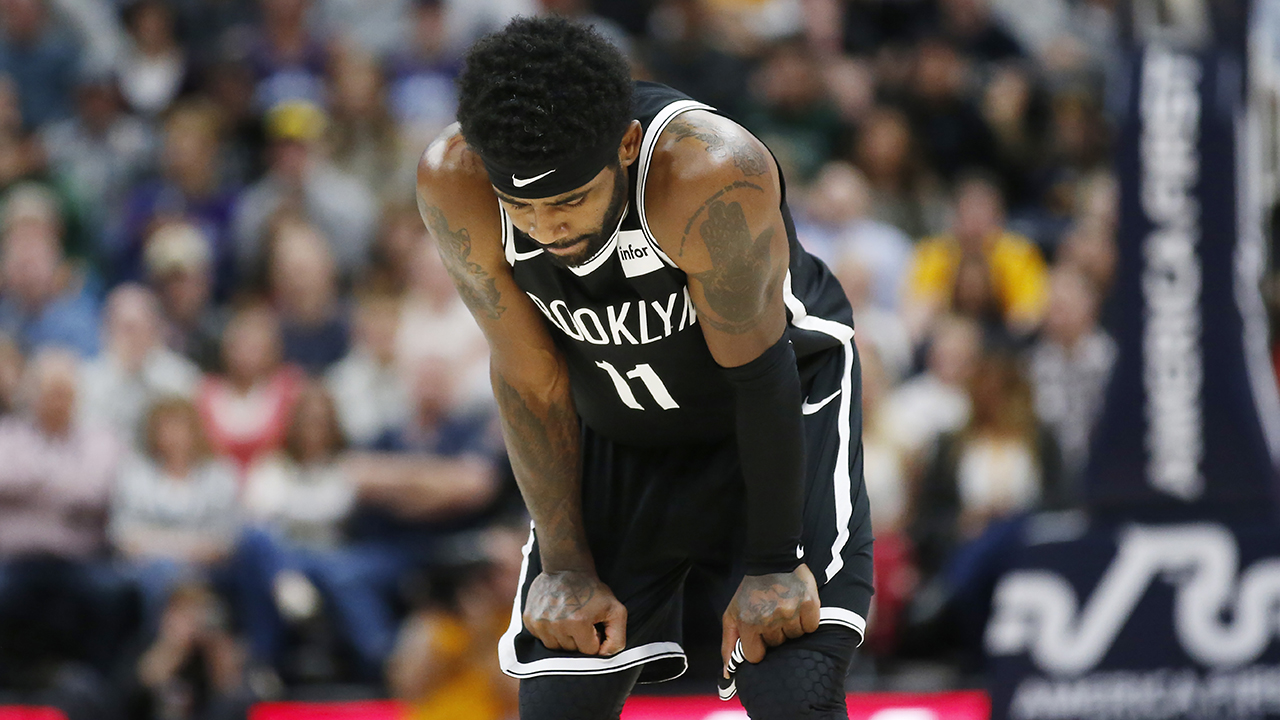 Kyire Irving is battling a shoulder injury and will miss the Brooklyn Nets' next game against the Charlotte Hornets on Wednesday – his 13th missed game of the season.

The star point guard's absence for the game will have an impact on his wallet. According to ESPN, Irving was set to earn a $125,000 bonus for playing 70 games in a season. Failing to play in the Nets’ game against the Hornets means Irving can play at most 69 regular-season games.

Irving can still earn that $125,000 bonus for certain milestones he hits along the way. He will get the money if he appears in at least 60 regular-season games and averages fewer than 2.4 turnovers per game, appears in 60 regular-season games and attempts 4.6 free throws per game, shoots 88.5 percent or better from the free-throw line, make at least 2.8 three-pointers per game, commits fewer than 2.1 fouls per game and the team scoring 114 points per 100 possessions with him on the floor.

Brooklyn Nets guard Kyrie Irving looks down at the court during the second half of the team's NBA basketball game against the Utah Jazz on Tuesday, Nov. 12, 2019, in Salt Lake City. (AP Photo/Rick Bowmer)

Irving signed a four-year, $136.4 million contract with Brooklyn in the offseason. According to Spotrac, he will earn $31.7 million during the 2019-20 season.

The six-time All-Star has only appeared in 11 games for the Nets this season. He was averaging 28.5 points and 7.2 assists per game before getting hurt.

Brooklyn is 13-10 this season and seventh in the Eastern Conference.