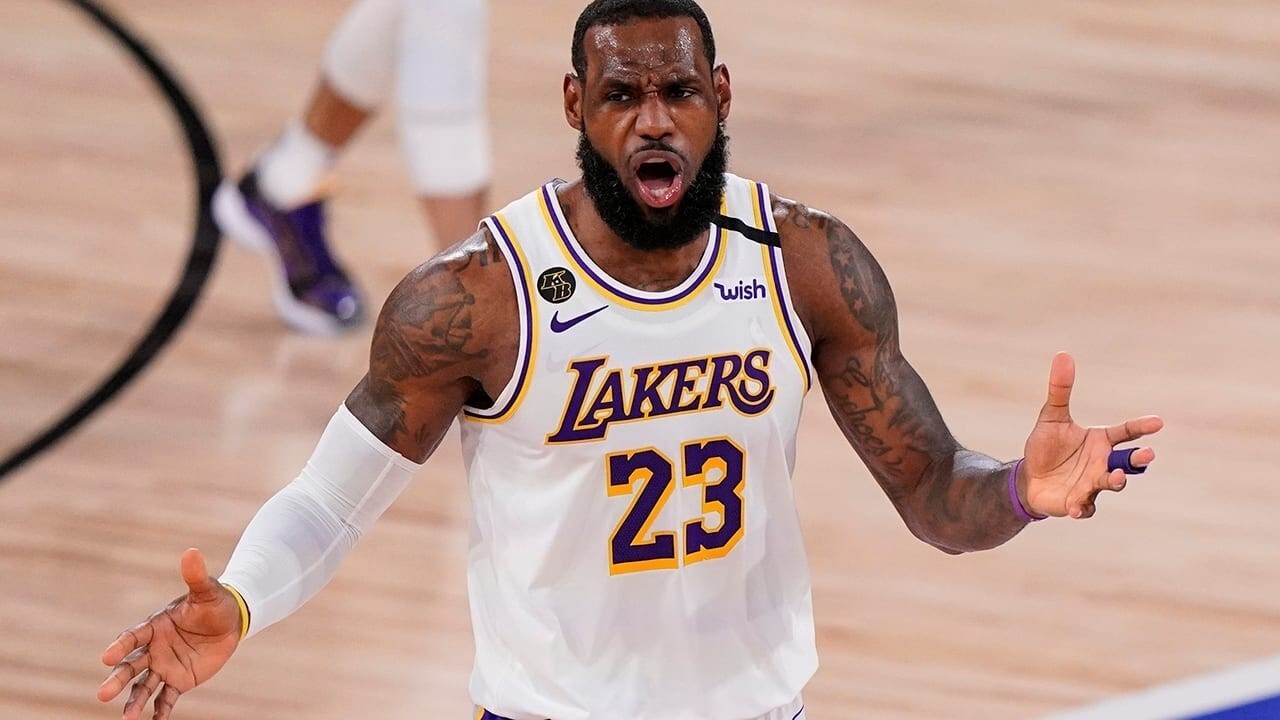 Los Angeles Lakers star LeBron James is facing backlash over his tweet responding to the deadly police shooting of 16-year-old Ma’Khia Bryant. A 'Mornings with Maria' panel weighs in.

The NBA will participate in an international trade expo in South China this year as the league and Communist leaders look to rebuild ties following a pro-democracy tweet from a team executive that outraged Beijing, according to Chinese state media.

The Global Times, a state-run, English-language publication, reported that the NBA’s participation is "expected to help bilateral relations" after former Houston Rockets GM Daryl Morey caused a kerfuffle in 2019 when he supported the ongoing protests in Hong Kong, which Beijing described as riots and used to justify a crackdown on individual liberties.

Morey tweeted a meme that read, "Fight for Freedom. Stand with Hong Kong."

Houston Rockets GM Daryl Morey caused a kerfuffle in 2019 when he supported the ongoing protests in Hong Kong, which Beijing described as riots and used to justify a crackdown on individual liberties. (AP Photo/David J. Phillip, File)

State-run CCTV pulled NBA games from its broadcasts in response, costing the league an estimated "hundreds of millions of dollars," and the Communist Party has claimed that fans also boycotted the league, which is very popular in China.

Morey has since left the Rockets and joined the Philadelphia 76ers.

CCTV and the NBA had been involved in talks for a new broadcasting deal earlier this year. That prompted pressure from Sen. Marsha Blackburn, R-Tenn., who questioned what freedom of speech concessions might have been involved in the new deal.

"The NBA has not entered into a contract with CCTV for the 2020-21 NBA season, and no games have aired on CCTV thus far this season," the NBA told Blackburn in a letter obtained by the New York Post. "We have had some discussions with CCTV about televising NBA basketball games but no restrictions on speech (related to the topics set forth in your question or otherwise) have been raised."

The China International Consumer Products Expo will be held in Haikou, Hainan Province, from May 7 to 10.

Meanwhile, critics have noted that few players stood up for Morey following his tweet, as they argue for social justice causes in the U.S. and reap financial rewards from Chinese sponsorships and business deals.

With major U.S. brands like Nike boycotting materials from China’s Xinjiang region, where there are an estimated 1 million members of the Uighur minority being held in reeducation camps, Chinese companies have touted their own use of those materials as a point of nationalist pride – and several current and former NBA players, including Dwyane Wade, are wearing their products, according to a report in The New York Times.

And LeBron James, a former teammate of Wade and arguably the NBA’s most famous player, caused an uproar last week in a now-deleted tweet in which he demanded "#accountability" for an Ohio police officer who fatally shot a girl who appeared to be lunging to stab another person with a kitchen knife.