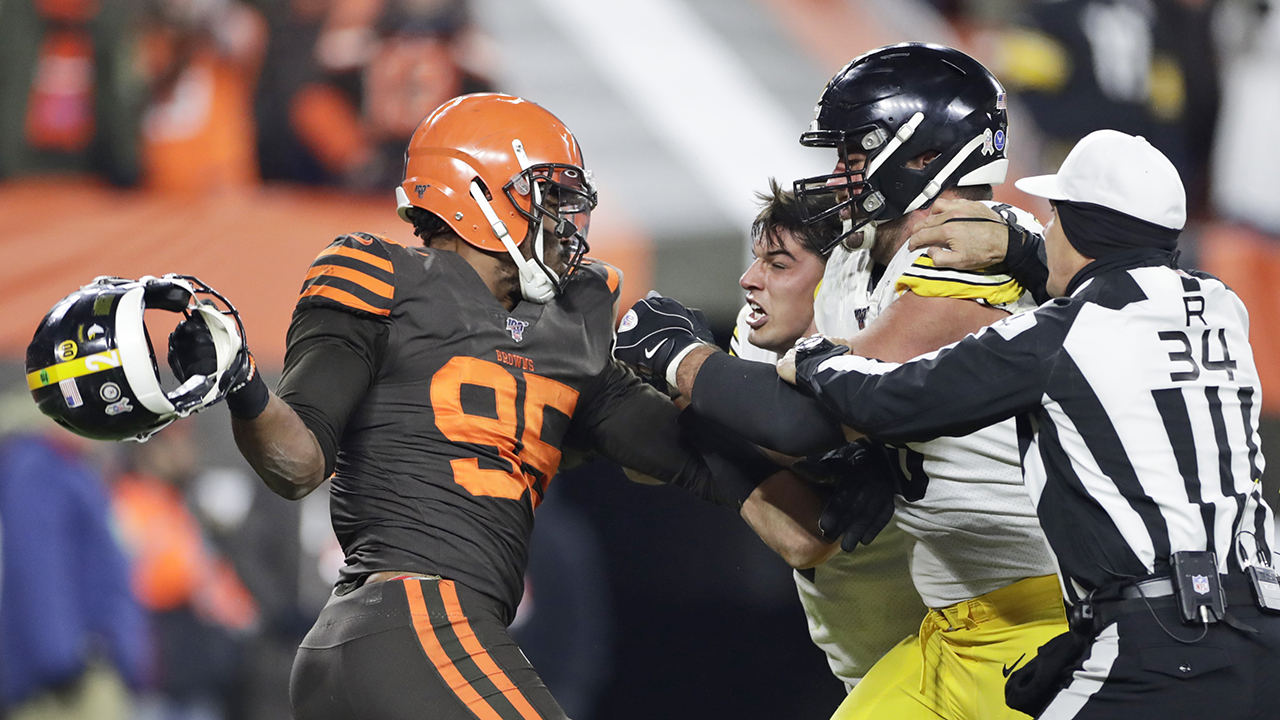 Cleveland Browns star Myles Garrett was suspended for the remainder of the regular season and could stand to lose more than $1 million over a brawl during a game against the Pittsburgh Steelers.

Garrett, along with teammate Larry Ogunjobi and Steelers center Maurkice Pouncey, received suspensions and fines for each of their roles of the brawl.

Garrett had removed Steelers quarterback Mason Rudolph’s helmet and hit him with it. Pouncey had responded by punching and kicking Garrett in the helmet and Ogunjobi pushed Rudolph down while the two were outside of the fight that was ongoing in the end zone.

The NFL announced Friday that Garrett would be suspended at least through the remainder of the regular season and would have to talk to NFL commissioner Roger Goodell about potential reinstatement. Ogunjobi received a one-game suspension and Pouncey will miss three games.

While none of the fines were disclosed, Spotrac revealed just how much the suspensions are going to cost each player. Garrett stands to lose the most.

Cleveland Browns defensive end Myles Garrett walks off the field after he was ejected late in the fourth quarter of an NFL football game against the Pittsburgh Steelers, Thursday, Nov. 14, 2019, in Cleveland. The Browns won 21-7. (AP Photo/David Rich

Garrett will lose at least $1.14 million due to the indefinite suspension. He was set to earn a total of $4.6 million.

Pouncey will lose more than $176,000 for his three-game suspension. He was slated to earn $1 million this season. He is eligible to return in Week 14 against the Arizona Cardinals.

Ogunjobi will miss out on more than $48,000 for his one-game suspension. He was earning more than $820,000 this season. He could be set to return to play the Steelers again on Dec. 1.

“We are extremely disappointed in what transpired last evening at the end of our game. There is no place for that in football and that is not reflective of the core values we strive for as an organization. We sincerely apologize to Mason Rudolph and the Pittsburgh Steelers. Myles Garrett has been a good teammate and member of our organization and community for the last three years but his actions last night were completely unacceptable. We understand the consequences from the league for his actions.”

The NFL said more suspensions and fines will be handed down soon.