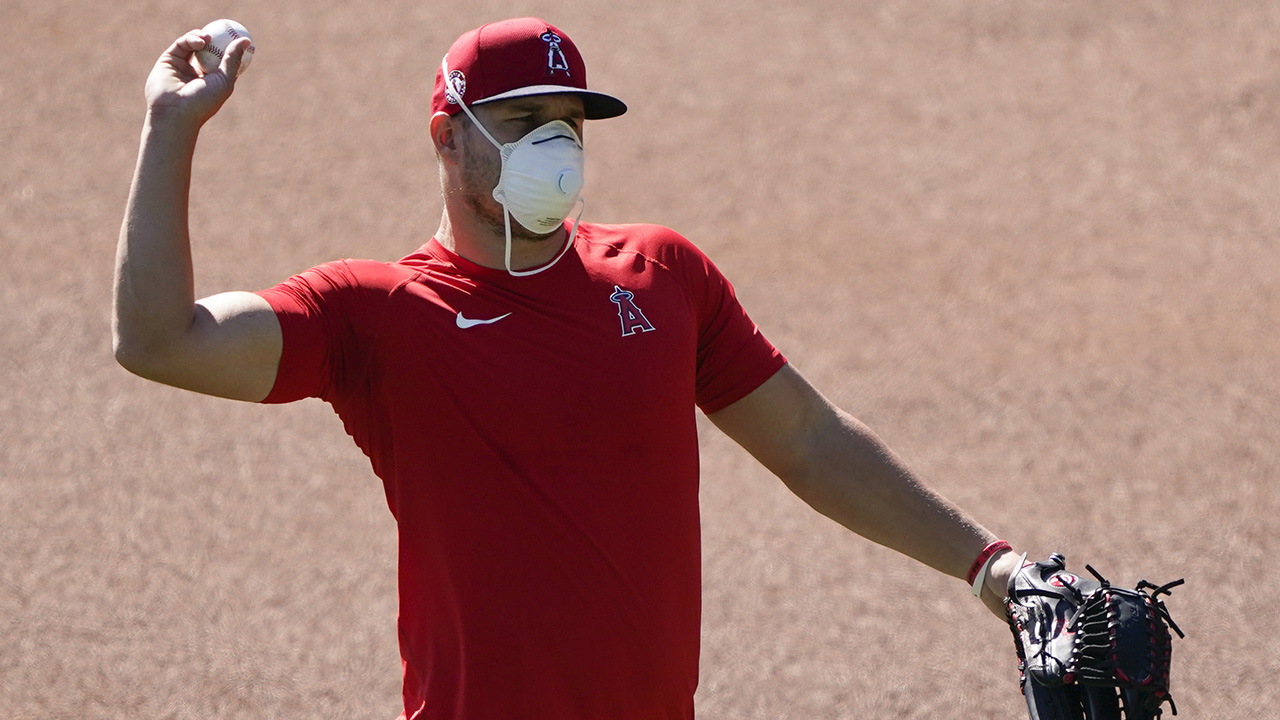 A rare Mike Trout rookie baseball card is back on the auction block nearly three months after it sold for nearly $1 million.

The 2009 Bowman Chrome Draft Prospects card is the rarest version of the card. Beckett graded this particular card a 9 with his signature graded a 10. It’s being sold at Goldin Auctions.

“The perennial MVP candidate has placed a superb, blue ink signature on the obverse of this indescribably desirable, ‘Superfractors’ commemorative. The card's BGS condition report: Centering 9.5, Corners 9, Edges 9, Surface 9. A special logo on the card's front declares, ‘Certified Autograph Issue,’ attesting to the authenticity of the signature and serving as Topps' COA. The wholly unique, limited-edition piece is serial-numbered ‘1/1.’ Such an abbreviated mintage, by itself, defines the concept of 'rarity' in terms of indisputable clarity,” a description on the Goldin Auctions site read.

The minimum bid for the card is $1 million. There have been 10 bids thus far with the current bid going at $1.45 million.

Dave Oancea, known in the sports gambling ranks as “Vegas Dave,” originally bought the card for $400,000 two years ago.

“A lot of people had a lot of negative things to say, that I was crazy, you know,” he told Reuters on Wednesday. “'You could have bought a house’, ‘You could have bought this and that,’ that I’m stupid and it’s a piece of cardboard. But it’s ironic now I’m going to make four or five million dollars.”

He added: “Mike Trout’s the best modern-day baseball player that we’ve ever seen. We’ll probably never see another player like this again. And it’s also supply and demand. There’s one in the world and right now the baseball card market is booming.”