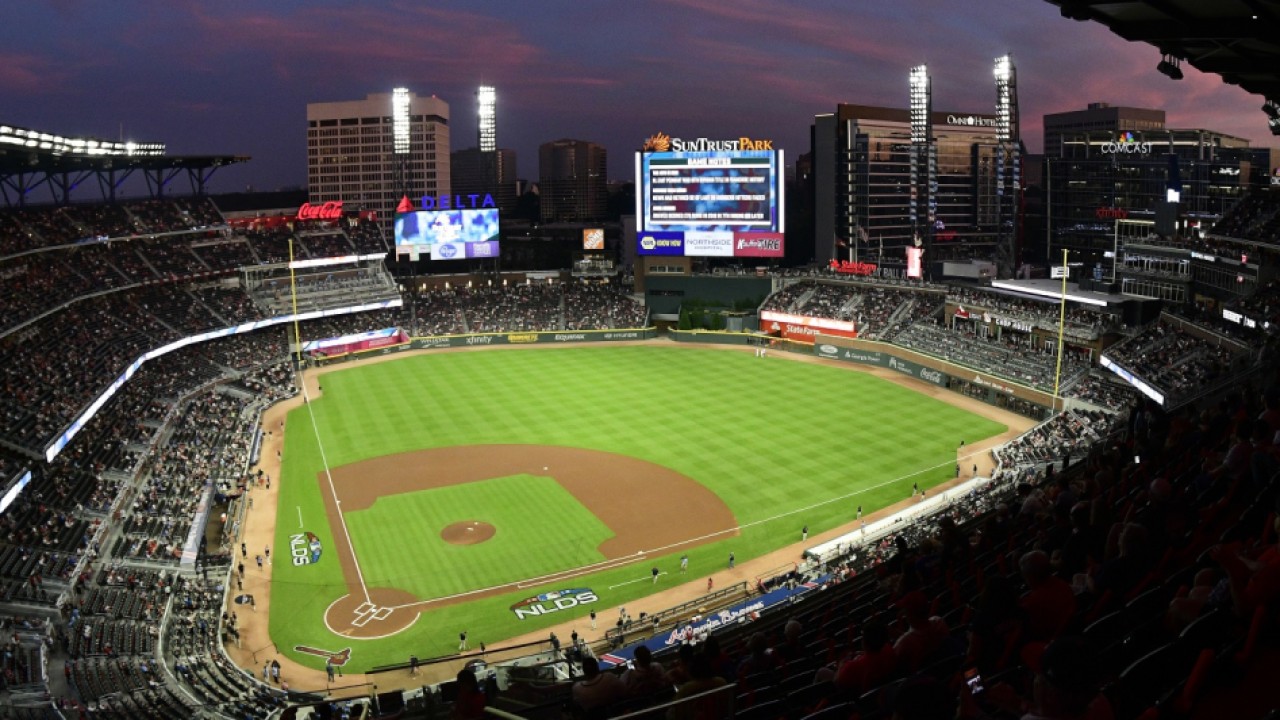 The Job Creators Network, a conservative political advocacy group founded by Home Depot co-founder Bernie Marcus, is trying to convince Major League Baseball Commissioner Rob Manfred to get the All-Star Game back in Atlanta this summer.

FOX Business’ Charlie Gasparino reported that Job Creators Network President Alfredo Ortiz is taking the lead role in the effort. On Tuesday, the group held a rally in front of Major League Baseball headquarters in New York City. The group has also paid for a series of ads on billboards – including one in New York's Times Square, – to return the game back to Truist Park, the home of the Atlanta Braves.

"There was a big [ad] a couple of weeks ago. There’s going to be others that say, ‘No balls, all strikes’ on Rob Manfred, caving into the pressure of left-wing activists. They’re going to do more of that from what we understand," Gasparino reported on FOX Business. "They’ve also written to Commissioner Manfred to set up a meeting with him to discuss the matter and why his decision to move out of Atlanta was just not giving into the woke mob, but how it cost local businesses, including many minority businesses a lot of money."

The Job Creators Network, a right-wing conservative advocacy group, pushes for free-market solutions, the lowering of taxes, and fewer regulations, according to Gasparino. It is like many other conservative groups pushing back against corporate America and Major League Baseball, who have adopted a "woke" political culture when dealing with the public.

Despite the group’s efforts to move the All-Star Game back to Atlanta, Gasparino gives it low odds of actually happening.

"I guess you’re going to see more of this. Whether Manfred does this or not, it’s unclear," Gasparino said. "I’ve been talking to Alfredo Ortiz about this, they think they have a lot of mileage here. The move out of Atlanta was so absurd in their view from an economic standpoint. How much it hurt the local Atlanta businesses. And the voting laws in Georgia apparently are less strict than they are in Colorado, where the All-Star Game is moving to."