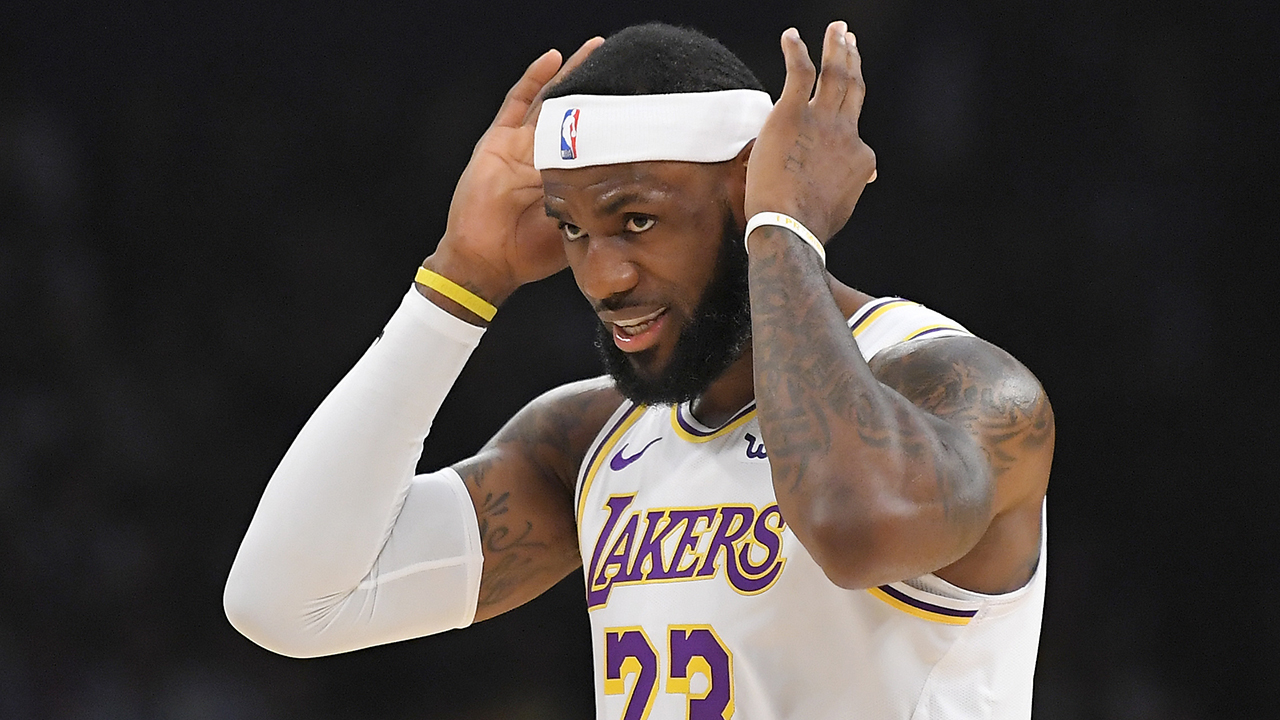 LeBron James said he was done talking about a pro-Hong Kong tweet sent by a Houston Rockets executive which caused a rift between the NBA and China, but his fashion appears to still be saying something.

James seen wearing a sweatshirt upon entering the Staples Center before the Los Angeles Lakers' preseason game against the Golden State Warriors, which may have more meaning given the backlash the NBA All-Star has received this week. He wore the same shirt while taking his wife out to dinner, according to TMZ Sports.

The Nike shirt read: "NO CLOUT."

He didn't address any questions about China while out on the town but reportedly talked with some fans as he was heading back to his vehicle to go home.

While it's unclear whether the shirt was intended to be a political statement, it wouldn't be the first time he had worn something to make a statement. James and other players wore an "I Can't Breathe" T-shirt during warmups ahead of an NBA game in tribute to the death of Eric Garner.

IS LEBRON JAMES CALLING THE SHOTS FOR THE NBA ON CHINA?
LEBRON JAMES DROPS OUT OF HONG KONG DEBATE TO KEEP FROM 'CHEATING MY TEAMMATES'

He also wore a safety pin on the cover of Sports Illustrated when he won the Sportsperson of the Year in 2016. Wearing the pin showed solidarity with women, minorities and immigrants who felt threatened after Donald Trump won the presidential election.

James has received massive pushback this week after saying that Rockets general manager Daryl Morey was “misinformed” when he tweeted his support for pro-democracy Hong Kong protesters. He since has said that he wouldn’t talk on the issue again since he has other societal issues to tackle in the U.S.