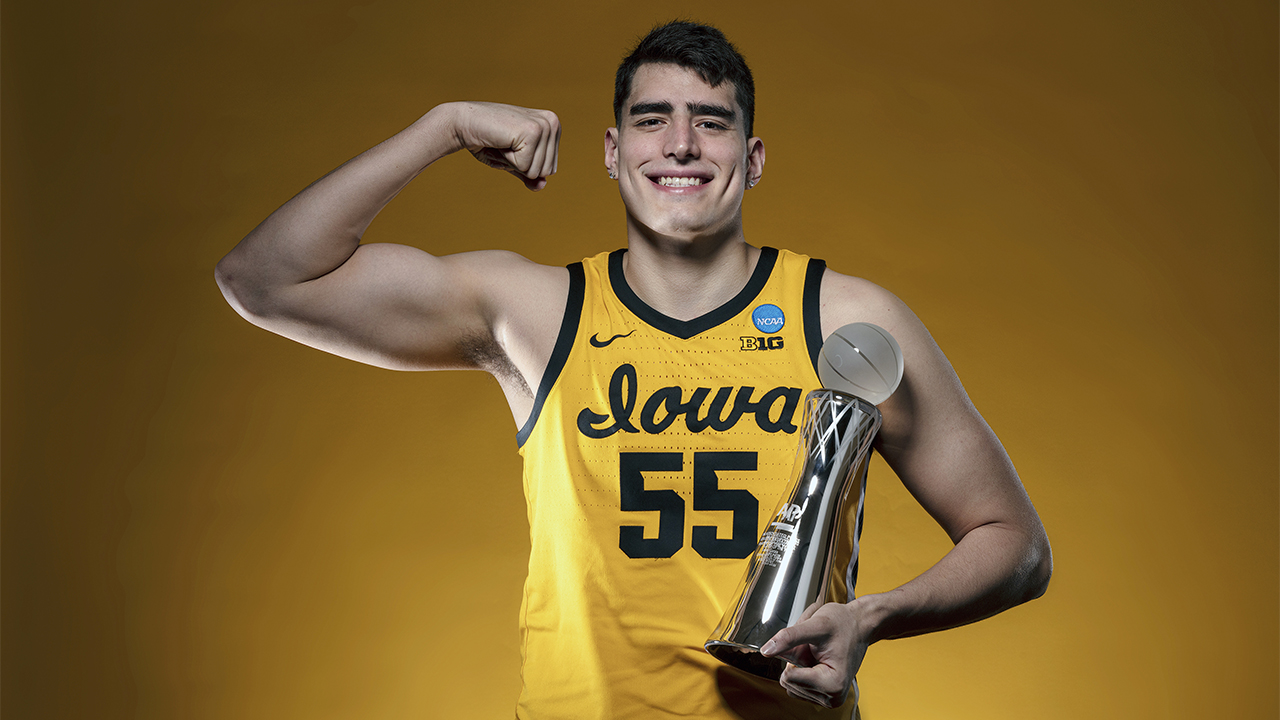 Iowa hoops star Luka Garza has gone from the college player of the year to groundbreaking digital pioneer.

Garza will become the first college athlete to auction a limited edition NFT or non-fungible token. It became available Tuesday night at OpenSea at 6 p.m. ET.

“I saw this as a really cool opportunity,” Garza told Fox News on Monday. “I wanted to do something that hasn’t been done before by a college athlete. And obviously researching guys like Rob Gronkowski and Patrick Mahomes and different athletes who have been able to do this successfully, I saw it as a really unique opportunity.”

NFTs are digital files underpinned by blockchain technology- the same tech on which popular cryptocurrencies such as Bitcoin rest. But unlike Bitcoin, an NFT is a unique item and the blockchain ledger it lives on verifies that it is a one-of-a-kind item.

Garza’s senior season came to an end on March 22, when the Hawkeyes fell to Oregon in the second round of the 2021 NCAA Tournament. And even though his career at Iowa was over, Garza immediately took action to profit off his name.

The NFT will be an autographed image of Garza, and whoever wins the auction will have a personal connection with him as well.

Garza, an economics major at Iowa, said that he’s been following the tech world for a while, and his father, Frank Garza co-founded the software sales coaching firm Conscious Selling, so it was a no-brainer for the Iowa star to use this opportunity to start branding right away.

“I’m really passionate about doing this,” Garza said. “And I see this as an opportunity for somebody to be able to take advantage of that and learn a lot of cool things. It’s going to be really, really special.”

A portion of the proceeds will go to the University of Iowa Children’s Hospital. Garza says “giving back to the university that helped him so much” is something that he is really passionate about.

INDIANAPOLIS, IN - MARCH 22: Luka Garza #55 of the Iowa Hawkeyes is pressured by Eugene Omoruyi #2 of the Oregon Ducks in the second round of the 2021 NCAA Division I Mens Basketball Tournament held at Bankers Life Fieldhouse on March 22, 2021 in Ind

Besides his NFT, it has been a historic year for Garza.

He has earned the AP and NABC Player of the Year Awards, the Wooden Award, as well as the Oscar Robertson Trophy. The Iowa star notes he has come a long way from attending the Final Four in Indianapolis back in 2015. He remembers watching Wisconsin’s Frank Kaminsky accept the Naismith Trophy, which is awarded to the best player in college basketball dreaming that maybe one day he would be recognized with the same award.

“My college career means everything to me,” Garza said. “The things I’m going to remember the most, are not the awards or the games, I think it’s going to be the memories and relationships that I built with the guys in that locker room and with my coaches. And I think that’s something that’s going to be very special to me for a very long time.”

Garza finished his career at Iowa averaging 18.2 points, 7.3 rebounds, and 1.2 blocks per game. During his incredible senior season, he piled up a career-high 24.1 points per contest, to go along with 8.7 rebounds, and 1.6 blocks. The 6-foot-11, 270-pound forward should have his name called early the night of the NBA Draft.

But while he may be a future first-round draft pick, right now he's the first college player with his own NFT -- but given the growing popularity of this digital trend -- will not likely be the last.