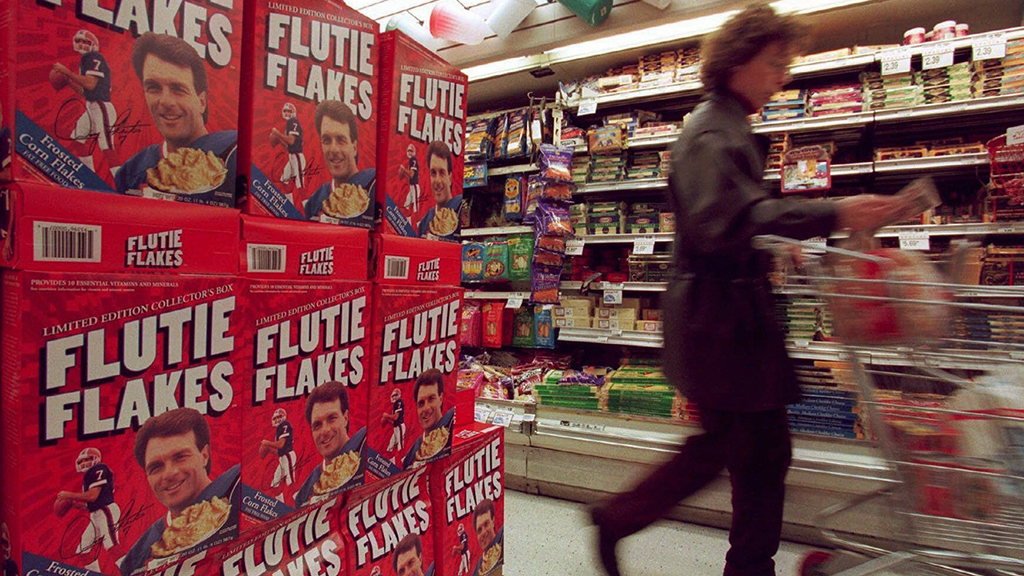 The former Buffalo Bills quarterback will mark the official relaunch of the cereal on Dec. 9 when he returns to New Era Field to be honored as the “Legend of the Game” when the Bills play the Baltimore Ravens.

Flutie began his legendary career playing quarterback at Boston College where he famously threw what became known as the 'Hail Mary Pass' against the University of Miami. With seconds left in the game and the Eagles trailing 41 to 45, Flutie threw to Gerard Phalen who caught the pass giving B.C. an unexpected win and a place in college football history.

“The success of Flutie Flakes 20 years ago helped to raise much-needed awareness about autism and initial funds for the Flutie Foundation,” Kristen Kuliga, Flutie’s agent and Vanguard Sports Group executive vice president, said in a news release. “As one of the first cause-related initiatives by an athlete and brand, we are thrilled to re-launch a commemorative box to support the autism community again.”

The first launch of Flutie Flakes occurred in 1998-1999. The plan was to only sell 20,000 boxes but the cereal’s popularity took off and more than 2 million boxes were sold. A portion of the proceeds will benefit the Doug Flutie Jr. Foundation for Autism. The group has distributed more than $14 million to various autism organizations and families.

Boxes can be purchased later this month online as well as at Wegmans, FYE and Walmart.