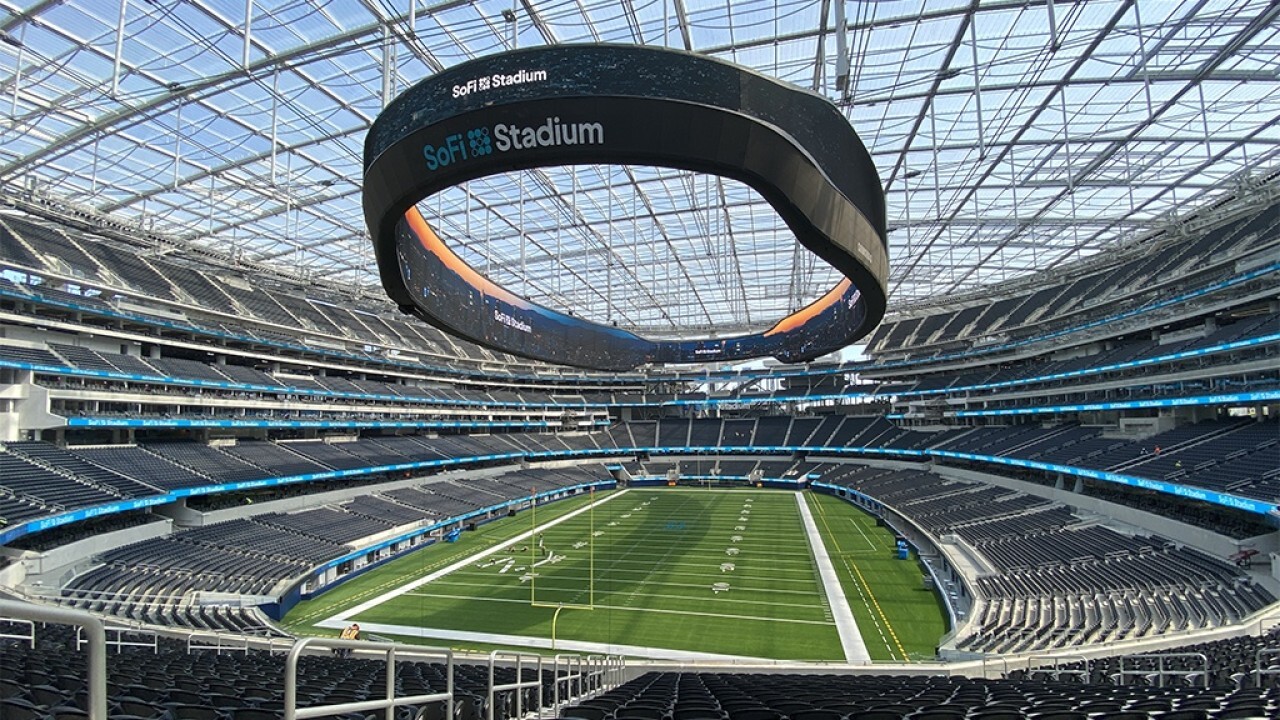 Super Bowl LVI in Los Angeles will be a 'convention of Americana': Sports agent

Steinberg Sports and Entertainment CEO and founder Leigh Steinberg on concerns regarding the Super Bowl LVI being hosted in L.A. amid COVID surge, trans athletes and the NFL's growth after allowing fans back in the stands.

The Tampa Bay Buccaneers could conceivably play the New England Patriots in Super Bowl LVI in what would be a matchup of truly epic proportions.

Former Patriots wide receiver Julian Edelman is betting on it.

Julian Edelman addresses the crowd during a game between the New England Patriots and the New Orleans Saints on Sept. 26, 2021, at Gillette Stadium in Foxborough, Massachusetts. (Fred Kfoury III/Icon Sportswire via Getty Images / Getty Images)

Edelman, Tom Brady’s former teammate, is an ambassador for Wynnbet. He revealed in an Instagram video on Tuesday that he’s betting $100,000 for the Buccaneers and Patriots to meet in Los Angeles to see who the best team in the NFL is. In the video, Edelman reveals the big money bet to his parents.

His parents were flabbergasted.

Edelman replied: "I already put $100K for the Buccaneers to play the Patriots in the Super Bowl. If they go I’m gonna make a lotta money."

His mother, Angela, told the former wide receiver she didn’t care about how much he spent and how much he could win, she wanted to be cut in on some of the winnings.

Edelman retired after the 2020 season. He played most of his career with Brady but didn’t find the same success without Brady under center. The legendary quarterback signed with Tampa Bay before the 2020 season and led the Buccaneers to the Super Bowl and won.

Tom Brady of the Tampa Bay Buccaneers looks on before a game against the New England Patriots at Gillette Stadium on Oct. 3, 2021, in Foxborough, Massachusetts. (Adam Glanzman/Getty Images / Getty Images)

It’s a long road to go for both teams, but it’s still possible Tampa Bay and New England matchup for the Vince Lombardi Trophy.