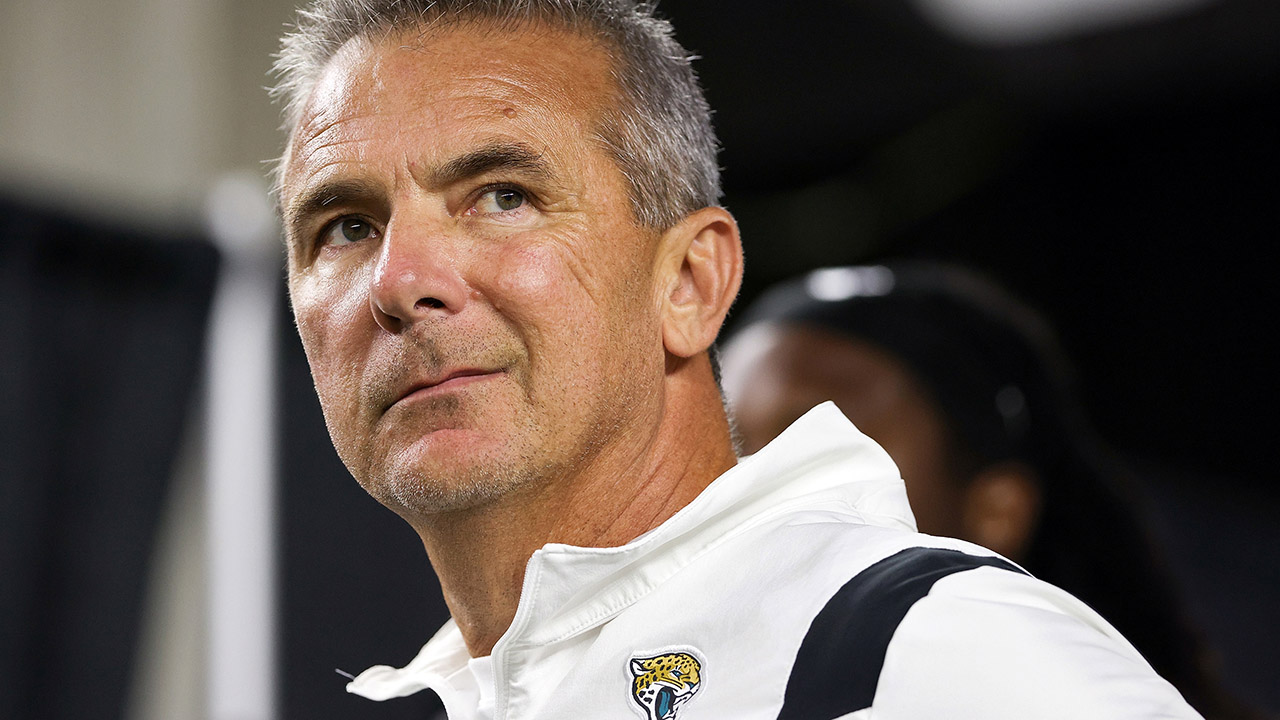 D.J. Byrnes, a Columbus, Ohio, union electrician’s apprentice, had already put back a few drinks last Saturday when he checked his phone and saw that someone had sent him a doozy: a brief video of Jacksonville Jaguars coach Urban Meyer at a restaurant with a young woman dancing on his lap.

He quickly posted the video from a burner Twitter account— @uh_oh_urban—and it didn’t take long for the clip to set the internet ablaze. By Monday, Meyer was issuing mea culpas for his behavior. But Byrnes wasn’t finished. Shortly after Meyer addressed the media, another contact reached out with another video.

"There were two shooters in the club?" Byrnes thought.

That video, appearing to show Meyer touching the women’s backside, generated even more controversy after Byrnes posted it from his Twitter account @freak_leader. On Tuesday, Jacksonville Jaguars owner Shad Khan issued a scathing statement deeming the conduct unacceptable and implying Meyer had lost the trust and respect of the team.

And the most curious thing about this scandal that rocked one of the biggest celebrities in coaching was the sleuth who unearthed it.

Byrnes, 34 years old, has worn many hats. He once got in trouble for allegedly trying to rob some drug dealers in Montana. He took classes at Ohio State, though he never graduated, and still roots for the football team. He ran for the Ohio state House of Representatives and lost, garnering just 24.5% of the vote. He currently pens a newsletter, The Rooster, that mainly focuses on local politics.

Head coach Urban Meyer of the Jacksonville Jaguars looks on prior to the game against the Houston Texans at NRG Stadium on September 12, 2021 in Houston, Texas. (Photo by Carmen Mandato/Getty Images / Getty Images)

Byrnes also spent years writing for a popular Ohio State fan website called elevenwarriors.com. That’s where he wrote about and covered a football coach who led the Buckeyes to a national championship. His name was Urban Meyer.

He spent years covering Meyer and writing about Ohio State, but a few years ago he got tired of it. He wasn’t a fan of Meyer, especially after the scandal involving alleged spousal abuse by his former wide receiver coach, or of the school for how it handled the issue. He felt that the only accepted way for someone like him to cover the team was equivalent to public-relations work—and he didn’t want to do that.

"I do have a reputation as somebody who enjoys serving the rich and powerful shit cocktails," he says.

After that, he started the Rooster, made his unsuccessful political run and decided to become an electrician. But he still had a following and contacts from his days in the Ohio State universe. That came in handy last weekend.

Byrnes heard "rumblings" about Meyer’s night out, at the eponymous Urban Chophouse in Columbus the Friday it happened. On Saturday, he received the first video. Soon, it was a firestorm that raised even more questions: What exactly was going on? Why did Meyer take the highly unusual step of not flying back to Florida with the Jaguars after their Thursday night game in Cincinnati?

Head coach Urban Meyer of the Jacksonville Jaguars looks on before the game against the Cincinnati Bengals at Paul Brown Stadium on September 30, 2021 in Cincinnati, Ohio. (Photo by Dylan Buell/Getty Images / Getty Images)

Meyer, on Monday, explained that he stayed back to see his grandchildren. (Shelley Meyer, his wife, had also tweeted a picture of her babysitting while including "#BuddyDeservedANightOut.") Meyer said he apologized to the team and added it was "stupid."

"There was a big group next to our restaurant and they wanted me to come over and take pictures and I did," Meyer said. "They were trying to pull me out on the dance floor, screwing around, and I should’ve left."

Almost immediately after Meyer made those remarks late Monday morning, Byrnes sat down at a table in the breakroom at his job as an electrician. That’s when another source reached out on Twitter with a direct message and an even juicier tip.

"Are you aware of the other video?" the message said.

Soon he was in possession of a video of another video, taken off Snapchat. It showed Meyer appearing to touch the woman’s backside. After Meyer attempted to play down the incident, Byrnes was eager to blast it out. It quickly reinvigorated the scrutiny of that evening and on a coach whose entire tenure in Jacksonville has been bumpy.

Meyer was in hot water with Jacksonville’s owner.

"His conduct last weekend was inexcusable," Khan said in a statement Tuesday. "I appreciate Urban’s remorse, which I believe is sincere. Now, he must regain our trust and respect."

For Byrnes, it was especially rewarding because some of his opinions had been blasted in the past. After he left elevenwarriors.com, the website named one of his tweets one of the "worst takes of 2018."

CLICK HERE FOR MORE FROM THE WALL STREET JOURNAL