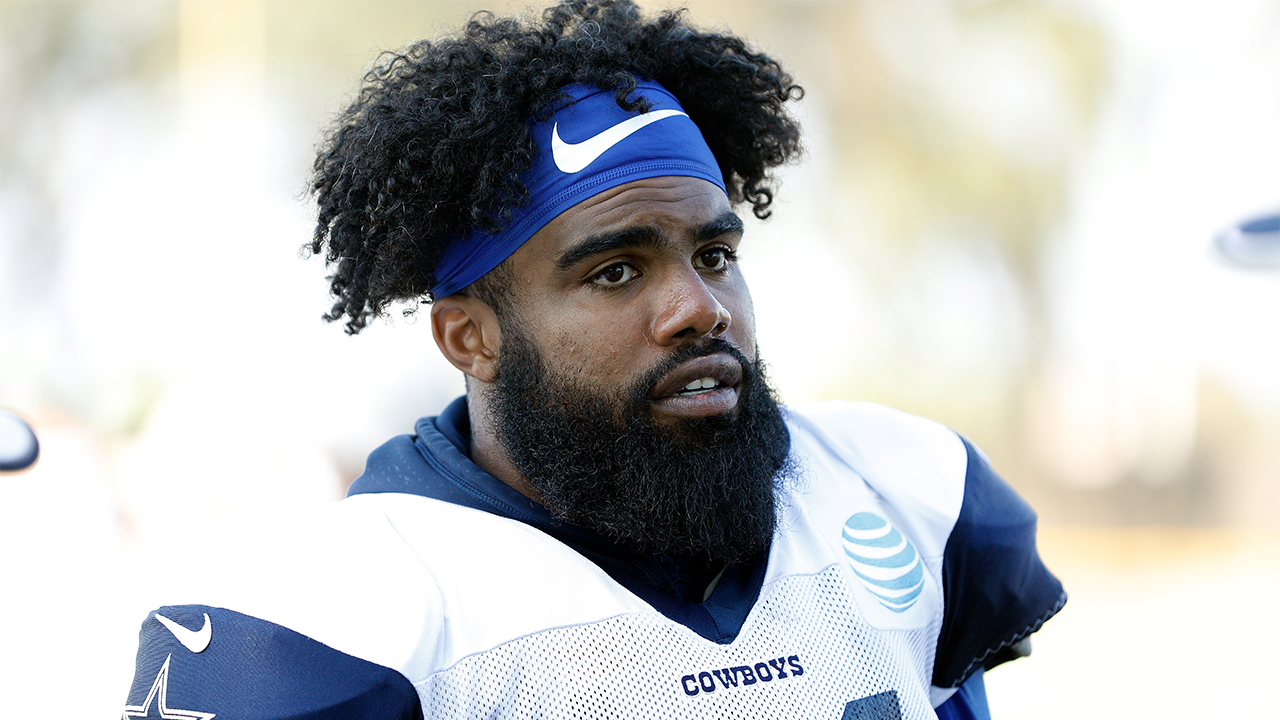 Cheering fans will provide the Dallas Cowboys with an edge on their rivals when NFL teams return to the field this month, according to the team’s star running back, Ezekiel Elliott.

The Cowboys are one of just seven NFL teams expected to play with some number of fans in attendance this fall due to local health guidelines during the coronavirus pandemic. Elliott, 25, pointed out that Dallas will benefit from friendly crowd noise at their home games while their NFC East rivals, the Philadelphia Eagles, Washington Football Team and New York Giants, are unable to host fans.

“I think there will be a little bit of advantage,” Elliott told FOX Business. “Just having some noise in that stadium, it’s going to be different for teams coming in because obviously most teams aren’t having any fans. It’s definitely going to be handy when you go to away games, especially those division rivalries when you know the fans are going to turn out, like in Philly or in New York or in Washington. It’s going to be weird going there and them being quiet stadiums because we’re not used to it at all.”

ORLANDO, FLORIDA - JANUARY 26: Ezekiel Elliott #21 of the Dallas Cowboys runs with the ball during the 2020 NFL Pro Bowl at Camping World Stadium on January 26, 2020 in Orlando, Florida. (Photo by Mark Brown/Getty Images)

Several NFL executives, including Las Vegas Raiders owner Mark Davis and Buffalo Bills head coach Sean McDermott, have criticized the league for allowing fans in some stadiums while others are barred from doing so under local guidelines. NFL Commissioner Roger Goodell said the league has concluded that having fans in attendance does not constitute an unfair competitive advantage.

A unique stadium environment is just one of several challenges for Elliott and other NFL players tasked with playing at the highest level during an unprecedented pandemic. In addition to adhering to strict safety protocols, Elliott and his teammates are entering the season with a new coaching staff under head coach Mike McCarthy and without the benefit of preseason games to get acclimated.

“The weirdest thing is having a new head coach and not having an offseason or that time together to get to know each other and kind of build that personal bond,” Elliott said. “During the offseason, we did have meetings, but that was through Zoom calls and only a couple of hours of the day, so we weren’t able to get to know the new coaching staff, which is super weird, coming to camp and having a whole new set of coaches.”

Elliott has firsthand experience contending with COVID-19 after testing positive for the virus during the offseason. The two-time NFL rushing leader said he was initially concerned about how social distancing would work at team facilities, but has since gained confidence in the strict system put in place by the Cowboys and league staffers.

“The NFL’s done a great job with the procedures and protocols and all the testing, just to make sure that all the coaches and players and our fans are safe, so I feel a lot better and I feel confident that we’re going to be able to safely and successfully have the season,” Elliott said.

To celebrate the return of football after months of uncertainty, Elliott and Prescott appeared in partner Frito-Lay’s “’Twas the Night Before Kickoff,” a commercial campaign that likens the day before the NFL’s return to the excitement before Christmas.

“It was definitely great to shoot the commercial with Dak. It was fun, we had a great time and I think it definitely captured perfectly the excitement and the feeling that fans and players and coaches feel as football’s approaching.”