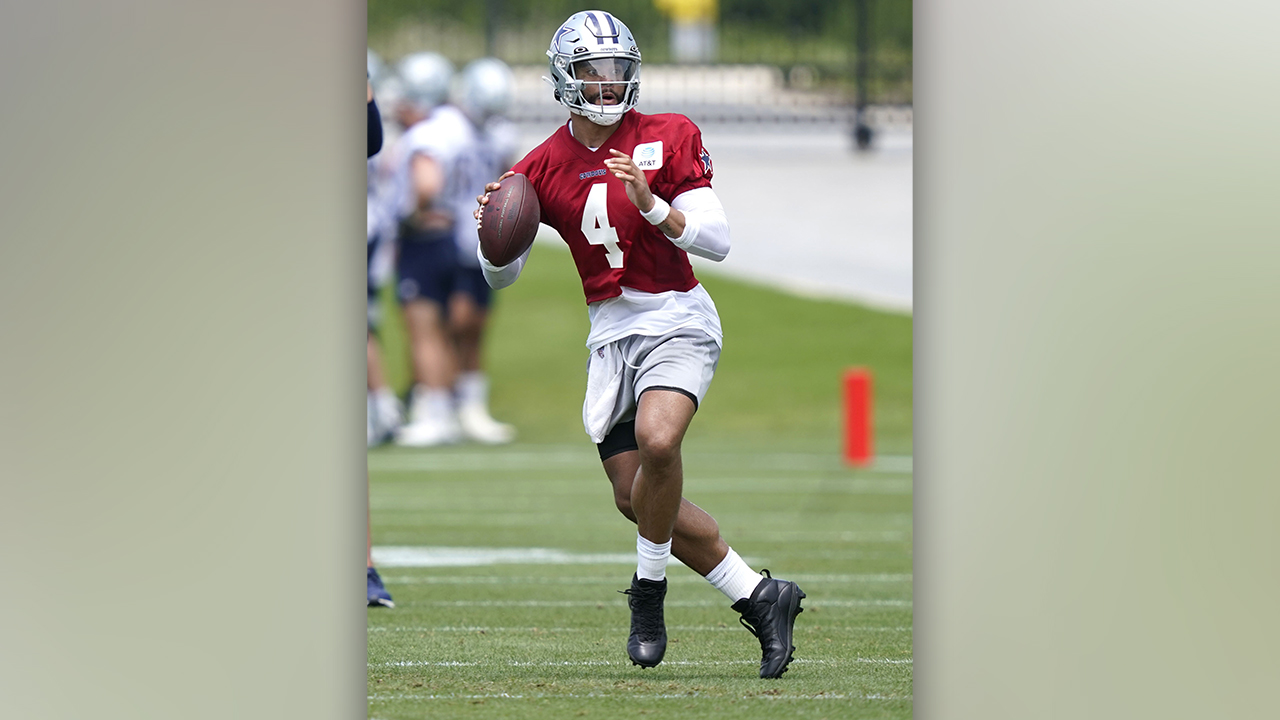 Dallas Cowboys’ quarterback Dak Prescott has ended his partnership with Adidas after five years and has reportedly signed with the Jordan Brand.

Sources told ESPN on Wednesday that the 27-year-old signal-caller has agreed to a five-year contract with the apparel brand produced by Nike, although the deal was not publicly announced.

He is the first quarterback, the only Dallas player and the highest-paid NFL player to sign with the Jordan Brand.

The Cowboys agreed to a four-year, $160 million contract with Prescott, just months after he suffered a gruesome ankle injury that ended his season in early October.

Prescott was spotted at Wednesday’s mandatory minicamp session wearing a pair of black Jordan cleats. His partnership with Adidas comes to an end after first signing with the retail giant in his rookie season.

Prescott said following Wednesday’s session that he’s looking forward to this season and has already "buried" the thought of his injury.