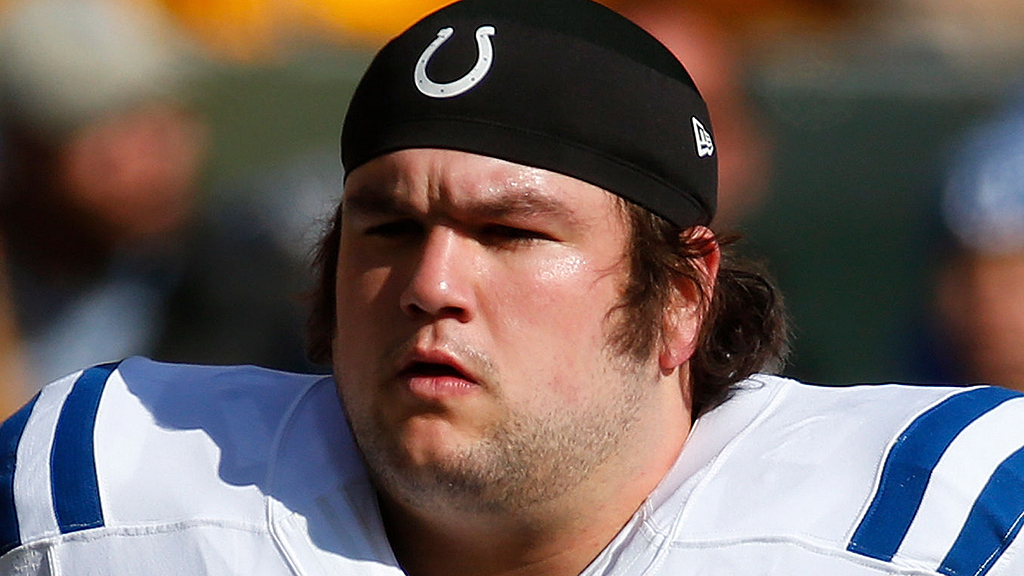 Indianapolis Colts offensive lineman Quenton Nelson had one of the more unique touchdown celebrations in the NFL on Sunday even though the score didn’t actually count.

Nelson lined up as a fullback in the third quarter with about nine minutes left to play against the Jacksonville Jaguars. He received the handoff from quarterback Jacoby Brissett.

At first glance, it appeared Nelson scored his first career touchdown. He celebrated the score by doing a fictional keg stand with his teammates holding his legs up in the air. It seemed like the best celebration someone could do when they scored a touchdown, but unfortunately, it was all for nothing.

Each touchdown is reviewed by the referees. And when officials reviewed this one, it was determined that Nelson did not reach the end zone and the Jaguars defense had stopped him. Indianapolis would get a fourth-down attempt instead, but still ended up scoring a touchdown anyway.

Nelson’s teammate Mark Glowinski revealed after the game the keg stand celebration had been in the works for weeks.

“We didn’t practice it for at least three weeks or more, but when we knew Quenton’s number was going to be called, we knew we were going to do the keg stand,” he said, according to the Indy Star.

Brissett said he got a little misty-eyed watching the celebration.

“Man, I almost cried because that celebration was pretty cool,” Brissett said. “I hope that still can be nominated as one of the best celebrations because I don’t know how they picked him up.”