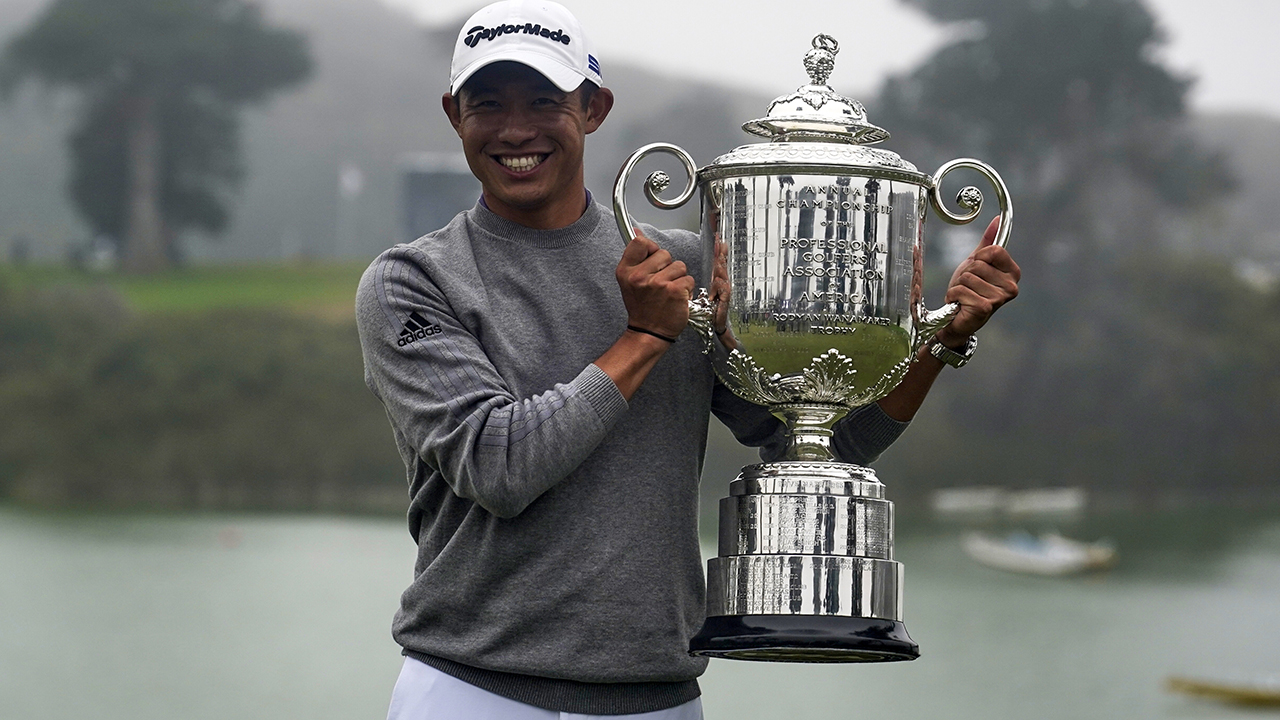 Collin Morikawa won his first major tournament Sunday, picking up the victory at the PGA Championship after holding off Paul Casey, Bryson DeChambeau and a whole list of others.

The 23-year-old hadn’t finished higher than 35th at a major, but the final two rounds at TPC Harding Park in San Francisco propelled him to victory.

He also took home a pretty hefty check. The total purse at the PGA Championship this year was $11 million.

Morikawa got to take home $1.98 million.

The 23-year-old shot back-to-back 69s in the first two rounds of the tournament before finishing the third round with a 65 to keep him within striking distance of the leaders.

Morikawa’s eagle on the 16th hole was what gave the young golfer the edge in the latter part of the round. On a par 4, he drove the ball 7 feet from the pin and nailed the eagle shot. It ultimately proved to be the difference-maker and what set him apart from Casey.

He finished the fourth round with a 64.

Morikawa had two PGA Tour victories upon entering the PGA Championship. He won the 2019 Barracuda Championship and last month won the Workday Charity Open in a playoff against Justin Thomas.