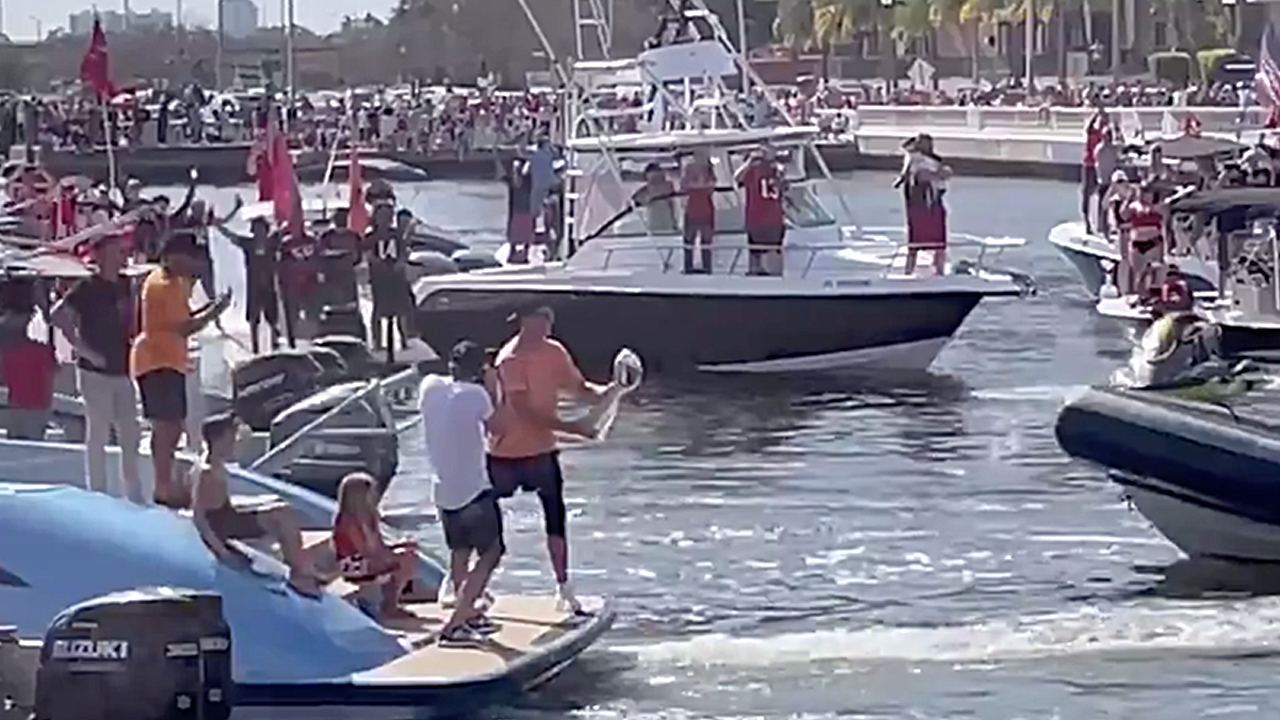 Tom Brady is celebrating his seventh Super Bowl win in a flashy way -- as he should.

The Tampa Bay Buccaneers quarterback was seen tossing the Lombardi Trophy off the end of his new $2 million super boat on Wednesday as the team celebrated their Super Bowl LV victory in a socially distant boat parade near the Riverwalk area in downtown Tampa.

Brady baptized himself as a true Floridian back in December when he purchased the vessel which, according to TMZ Sports, is named “Viva a Vida.” It’s the same name as wife Gisele Bundchen’s environmental conservation initiative.

The cost of the boat doesn’t seem like much of a problem for Brady who earned big on incentives this season.

The parade got started around 1 p.m. as thousands of fans decked out in Bucs gear lined the river to cheer on stars like Brady and tight end Rob Gronkowski, Coach Bruce Arians and many others that boarded at least four boats.

In a heart-stopping moment, Brady chucked the Lombardi Trophy to a shirtless Gronk, who caught it with ease just like the two touchdown passes he caught on Sunday to help the Bucs win over the Kansas City Chiefs in Super Bowl LV.