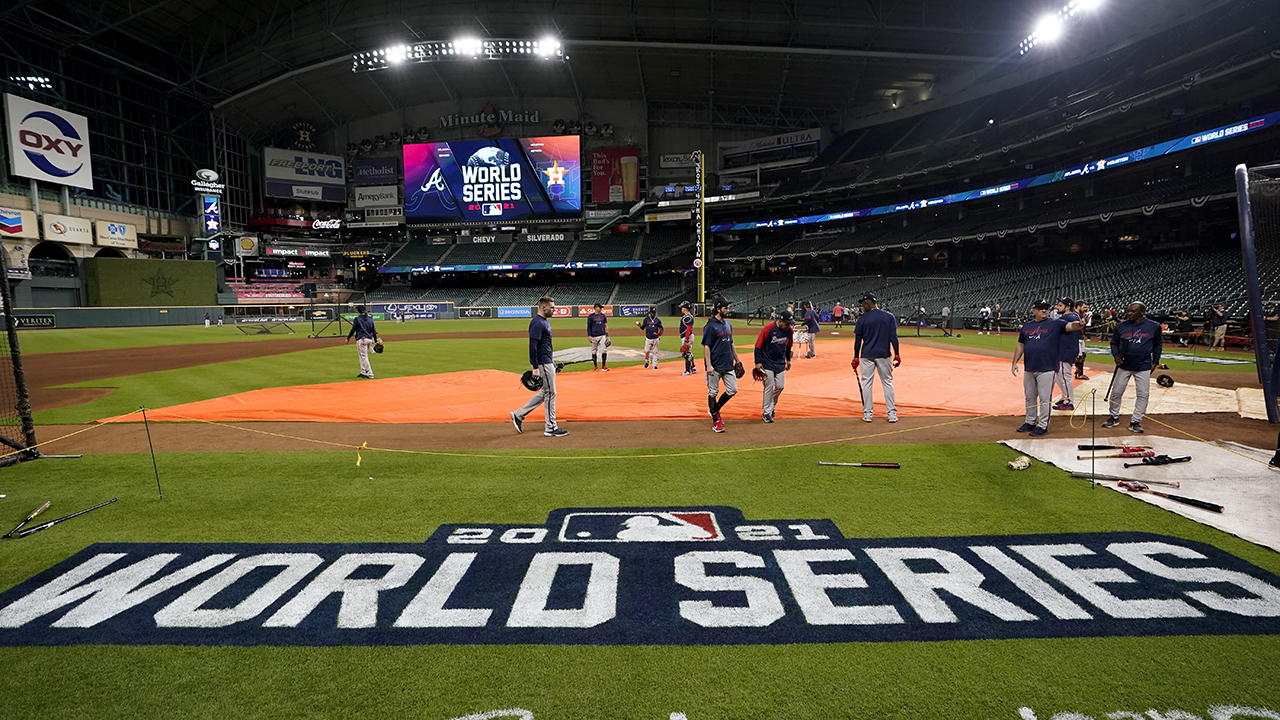 After six years in the making, the Chicago White Sox and New York Yankees will play ball in the 'Field of Dreams' from the iconic 1989 movie. FOX Business' Grady Trimble with more.

The World Series between the Astros and Braves is missing one key ingredient.

In the past, teams featured would wear a World Series patch, but both teams are missing it on their players' sleeves this season.

HMichael Brantley #23 of the Houston Astros throws to a teammate after catching a fly ball against the Atlanta Braves during the eighth inning in Game Two of the World Series at Minute Maid Park on October 27, 2021 in Houston, Texas.  (Photo by Patrick Smith/Getty Images / Getty Images)

According to Uni-Watch.com, a supply chain issue kept Major League Baseball from getting enough patches for the jerseys sold in stores. Due to this problem, the league decided to keep patches off altogether.

Even though the World Series patch is missing from both teams’ jerseys, the patch is featured on their hats. Fans have the opportunity to buy those hats with the patches on them.

Fans look on as Drew Smyly #18 of the Atlanta Braves pitches against the Houston Astros during the seventh inning in Game Two of the World Series at Minute Maid Park on October 27, 2021 in Houston, Texas. (Photo by Patrick Smith/Getty Images / Getty Images)

COVID-19 has caused a global supply issue. Many factories have been closed. Ports and warehouses are backed up, and there is a shortage of truck drivers across the country.

After two games, the World Series is heading to Atlanta tied at one game apiece.

In Game 1, Jorge Soler went 2-for-5, which included a homer in the first inning, with one run scored and two RBIs in a 6-2 Braves victory.

In the second game of the series, the Astros got their revenge when Jose Altuve went 2-for-5 with a seventh-inning solo homer to lead Houston to a 7-2 win.

Game 3 of the series will continue on Friday.