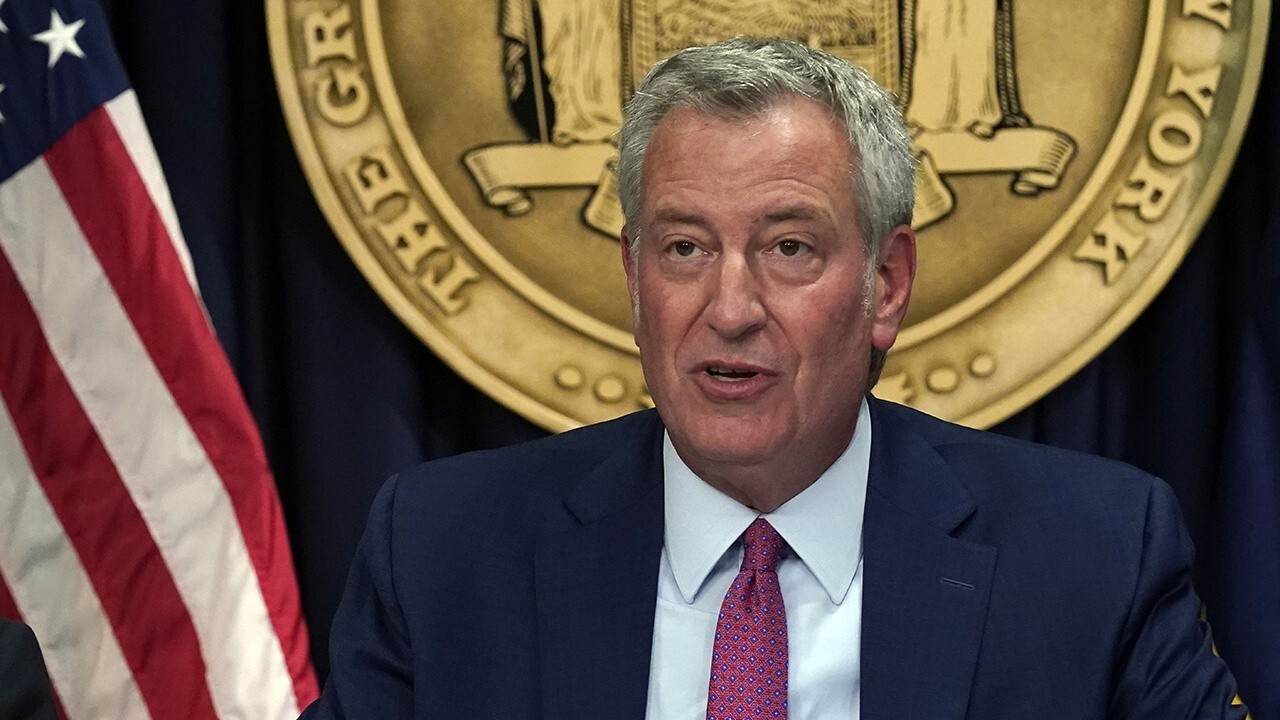 New York City's lame-duck Mayor Bill de Blasio has one final quack before leaving office at year-end. Monday, he announced a new requirement that the city's 3.6 million private-sector employees be vaccinated by December 27, just a few days before he leaves office. The mandate will affect about 184,000 private-sector businesses, including small employers of any size.

This rule comes at the worst possible time for these small business owners, including local Job Creators Network members. They are already contending with New York City's skyrocketing crime, delayed public services, sky-high rents, and burdensome taxes and regulations. If de Blasio actually wanted to do some good during his last days in office, he'd try to address some of these barriers holding small businesses and the Big Apple's economy back.

Instead, de Blasio is further burdening these entrepreneurs by deputizing them to act as the city's vaccine police. They will be forced to spend their valuable time tracking their employees' vaccination status and ensuring immunizations before the deadline. Despite what Democrats like de Blasio seem to think, small business owners are not state agents and shouldn't be required to carry out government medical regulations.

This mandate will exacerbate the historic labor shortage already plaguing employers. Some New York City small businesses will be forced to fire employees who do not wish to get vaccinated. Others will find it even more difficult than it is now to hire eligible workers. Associated staffing shortages will reduce capacity and economic output needed for some employers to remain profitable. JCN polling finds that 44 percent of small business owners nationwide believe some of their employees will quit in response to a vaccine mandate.

Adding insult: The mandate is timed over the holiday season when many small businesses look to earn the bulk of their profits. In trying to justify the rule, de Blasio cited the need to protect residents against upcoming holiday gatherings.

Employers that don't adequately comply with the mandate will face yet to be determined penalties. "It is part of life that there have to be some consequences," said de Blasio paternalistically yesterday.

This municipal employer vaccine mandate follows a similar one at the federal level announced by President Biden last month. JCN and several of its member plaintiffs sued to block the implementation of this nationwide rule, citing the associated harm to small businesses and numerous constitutional issues. A federal appeals court subsequently issued a stay, freezing the mandate's implementation much to the chagrin of the Biden Administration.

New York City's rule differs from the federal one in key ways. It applies to employers of any size; whereas, the national order exempts those with fewer than 100 employees. De Blasio's dictate also doesn't allow workers to choose regular testing as an alternative to vaccination.

Therefore, it threatens to have an even bigger impact on city small businesses than its federal counterpart.

New York City small businesses will also have to contend with an unwieldy and overlapping patchwork of vaccine mandates from the federal, state, and municipal level. It's unfair to ask employers to comply with the nearly impossible task of following these inconsistent regulations.

After eight long years of burdening New York City small businesses with taxes, regulations, and deteriorating public safety, Mayor de Blasio is attempting one final insult to Big Apple job creators. Thankfully, he will be gone soon. So should his employer vaccine mandate.