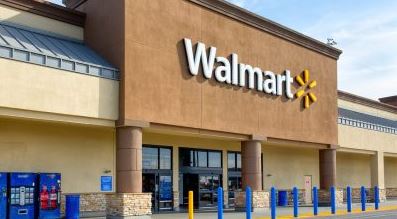 Walmart is appealing to the U.S. Supreme Court following a lower court's decision to bar the retail giant from selling spirits in Texas.

The Fifth Circuit Court recently denied Walmart’s bid to sell liquor in The Lone Star State, citing a state law that prohibits public corporations from selling spirits, according to a report in the Shanken News Daily.

In appealing to the nation's highest court, Walmart alleges that the state law violates the dormant Commerce Clause of the U.S. Constitution, which prohibits states from discriminating against interstate or international commerce.

WEALTHY AMERICANS HAVE CHANGED THEIR HABITS, AND IT COULD SPELL ECONOMIC PAIN

The company also claimed that the Fifth Circuit Court’s earlier decision contradicted the Supreme Court’s ruling last year in Tennessee Wine & Spirits Retailers Ass’n v. Thomas in which the court struck down a Tennessee law that required a two-year residency in the state before obtaining a liquor license.

“Both the trade group that drafted the legislation and the senator who sponsored it openly acknowledged that it was designed to protect in-state retailers from out-of-state competition,” Walmart said in its petition. “And it has served its purpose well: Two-and-a-half decades after its enactment, fully 98% of liquor stores in Texas remain in the hands of Texans.”

Fox Business has reached out to Walmart with a request for comment.

The U.S. Supreme Court is expected to rule on July 13 whether it will take up the case, the Shanken Daily News reported.