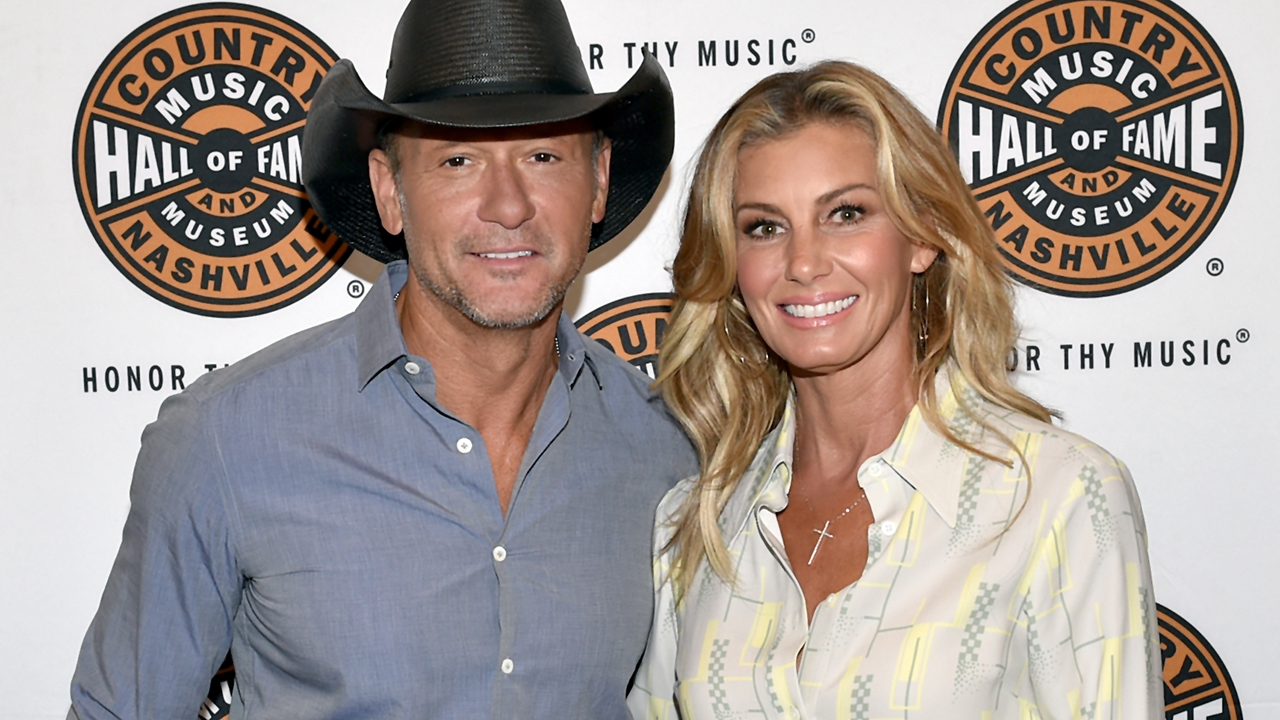 A private tropical island and house in the Bahamas, with 20 acres of land, 1.3 acres of waterfront and two beaches — plus some major celebrity cachet — has hit the market for $35 million.

The property, named L’île d’Anges, meaning Isle of Angels, lies in the Exumas island chain in crystal-clear waters and features a 6,500-square-foot house a stone’s throw from its beaches, lush, wild vegetation and palm groves. The island went on sale with Knight Frank on Monday.

The island’s white-stucco mansion lies on its highest part and resembles an Ibizan farmhouse fused with local Bahamian elements. It has an imposing Mediterranean front facade with an observation bell tower and sweeping sea views. It is formed of eight linked “pods” with pitched, thatched roofs, set around an inner courtyard garden. Its rooms have high ceilings and flow out onto loggias and lush gardens, according to the listing photos.

L’île d’Anges was built by the country music couple Faith Hill and Tim McGraw, though Mansion Global could not independently confirm if they still own the private island. The house featured in an Architectural Digest cover story in 2017, in which Ms. Hill and Mr. McGraw, both 53, said they purchased the island in 2003 and spent the next nine years making it habitable.

They said in the article they had been “a bit naïve” about the scale of the project: “We set out to build a house. We had no idea we had to build everything else…We basically had to build a little town,” Mr. McGraw said in reference to its lack of basic facilities, including a fresh-water supply and electricity. Representatives for the musicians could not immediately be reached for comment.

It is likely that L’île d’Anges, which also goes by the name Goat Cay, still belongs to the famous musical couple. Selling agent Edward de Mallet Morgan said its current owners developed the island from scratch, from 2003 and 2012, though he declined to give the names of property’s owners. There is also a picture on McGraw’s Instagram account of him fishing on the island less than a year ago.

According to its listing, the main house has a great room that spans the dining, lounge, living and music areas, with glass walls that open onto a large sun terrace with a swimming pool and a loggia ending in a cabana. Off one side of this room is another loggia leading to a principal bedroom suite with an outdoor bath and a guest room. There are a further two bedrooms, a kitchen, and its grounds feature palm trees, neat lawns, colorful foliage and a central lawn courtyard garden.

The Exumas island is run on electric generators and has a water filtration system, according to the selling agent.

Selling agents declined to confirm if McGraw and Hill still own the property, but did confirm that its current owners were the same who developed the island from scratch between 2003 and 2012. The couple previously told Architectural Digest that they (John Shearer/Getty Images for Country Music Hall Of Fame & Museum)

Mr. de Mallet Morgan called L’île d’Angess a ready-to-move family property and highlighted its design, which blurs the indoors with the outdoors.

“It has pollution-free natural beauty,” he said. “The Exumas runs through the Atlantic Ocean, but it very much has the feel of the Caribbean still.” L’île d’Anges is a 60-minute seaplane flight from Nassau, the Bahamian capital and largest city.

Elsewhere on L’île d’Anges, there is a private dock and two ‘yurts’ forming high-quality, beachside guest accommodation originally created for the family while their house was being built, according to Mr. de Mallet Morgan. At the northern end of the island, supporting the running of the property, is almost 6,000 square feet of secondary accommodation, three staff houses and storage, according to its listing.