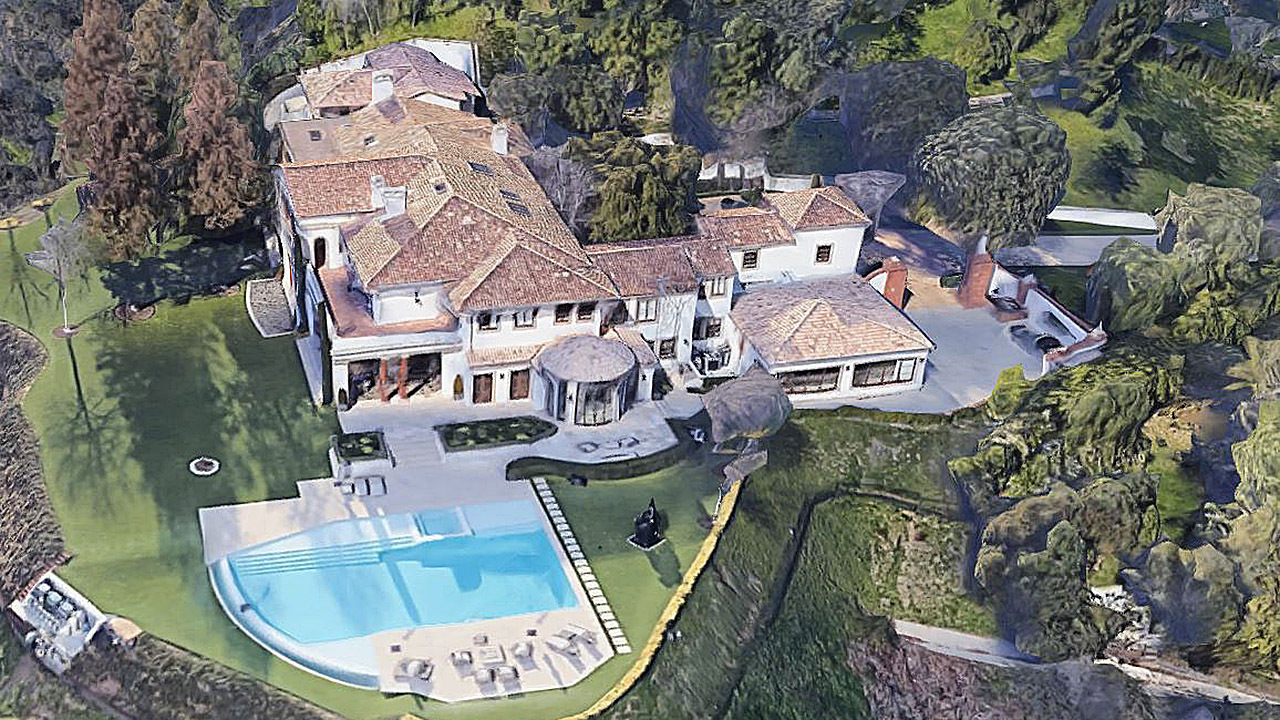 Stallone and his model wife Jennifer Flavin are ditching Los Angeles for Palm Beach, Florida, and have listed their mega mansion in Beverly Hills Park for a jaw-dropping $130 million.

The main home is an eight-bedroom and 12-bath mansion which a massive library/office with a barrel-vaulted ceiling. Stallone has it decked out with a ton of “Rocky” memorabilia, which isn’t likely included with the house. There’s also a “Rocky” statue, with his gloved hands raised in triumph that is guarding an arched window, the site notes.

The kitchen features two islands, the dining room has hand-painted walls to resemble an old castle and the den has floor-to-ceiling windows.

The home is next door to Sumner Redstone’s former estate and has a long, gated driveway. In addition to the main house, there is also a two-bedroom guest house, and an “extensive service wing.” The main house has views of the canyons and the city and surrounding it are a putting course and swimming pool.  Neighbors include Denzel Washington, Justin Bieber and Hailey Baldwin, Paul Reiser, Eddie Murphy, Rod Stewart, Magic Johnson and Mark Wahlberg.

It’s believed Stallone and Flavin are leaving California for Palm Beach, where, late last year, they snapped up a roughly $35.4 million waterfront estate. They are just some of the recent celebs ditching LA, including Josh Brolin, who left for Atlanta and the Simi Valley, Joe Rogan recently moved to Texas, and Prince Harry and Meghan Markle moved north up the coast to Montecito, Calif., this summer.