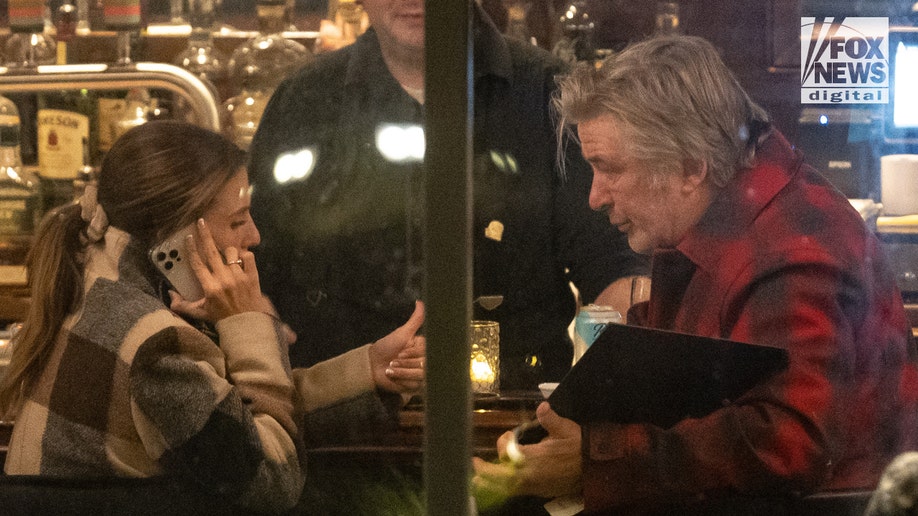 Here are your Fox Business Headlines.

Alec Baldwin bought a farm in rural Vermont, near where his wife Hilaria had longstanding family ties and where the couple and their kids sheltered late last year after the A-list actor accidentally shot and killed cinematographer Halyna Hutchins on the "Rust" movie set in Santa Fe.

Faith Rhodes, a real estate broker involved in the deal, told the local Bennington Banner newspaper that the historic farmhouse had been built shortly after the Revolutionary War and includes a guest cottage and other outbuildings, including horse stalls.

"There are 50-something acres, and it’s just gorgeous … just gorgeous," she told the paper. "That part of Arlington is very old and historic. It dates back to the Green Mountain Boys. It’s a really beautiful part of the village."

Alec and Hilaria Baldwin shut down an entire Vermont bar for themselves on Oct. 30 as an investigation into a deadly on-set shooting involving the A-list star was underway in New Mexico. (Fox News Digital)

Neither Rhodes nor the seller immediately responded to Fox News’ requests for comment.

Hilaria Baldwin has ties to the area. Her grandfather, David Lloyd Thomas, owned a home there. He died in March 2020 at 92 years old.

When the Baldwins visited nearby Manchester Center in late October, they stayed in an upscale bed-and-breakfast while touring the community. Locals whispered that the couple was shopping for real estate – a vacation home and possibly a restaurant.

Less than two weeks after the "Rust" tragedy, they drove up a mountain, over the nearby border to New York and checked out another multimillion-dollar estate with reporters and photographers in tow.

Just before Halloween, they rented out a bar entirely for themselves, while the 63-year-old actor, who has been sober for decades, drank nonalcoholic IPAs and dined over several courses with his 38-year-old wife.

The next day, Baldwin pulled over on the side of the road and offered up an impromptu news conference, stating that Hutchins was a friend and that it was a "horrible event."

Alec Baldwin and his wife Hilaria stopped to talk to photographers in Vermont. The actor revealed he had been speaking to the police every day regarding the ongoing investigation.  (Fox News Digital)

Last week, Hutchins’ widowed husband Matthew filed a wrongful death lawsuit against the actor, who was also a producer on the film, and multiple other entities involved with its production and operations.

After lunch on Oct. 21, a crew member allegedly handed Baldwin a loaded .45 revolver during rehearsal, telling him it was a "cold gun," or safe. While going through a scene, with the cameras off, he pulled out the firearm just a few feet away from the victims, according to the lawsuit.

The gun went off, sending a .45-caliber round ricocheting through Hutchins and into the shoulder of director Joel Souza.

"I think it's clear what happened," Brian Panish, the lead attorney for Hutchins’ husband and son, told reporters Tuesday. "Alec had the gun in his hand. He shot it. Halyna was killed."

According to the lawsuit and numerous firearms safety experts, there were numerous departures from industry gun-handling guidelines the morning of the incident.

The attorneys for Hutchins' husband, Matthew Hutchins, and son, Andros, also argued that there was no need for Baldwin to have been holding a prop gun at the time.