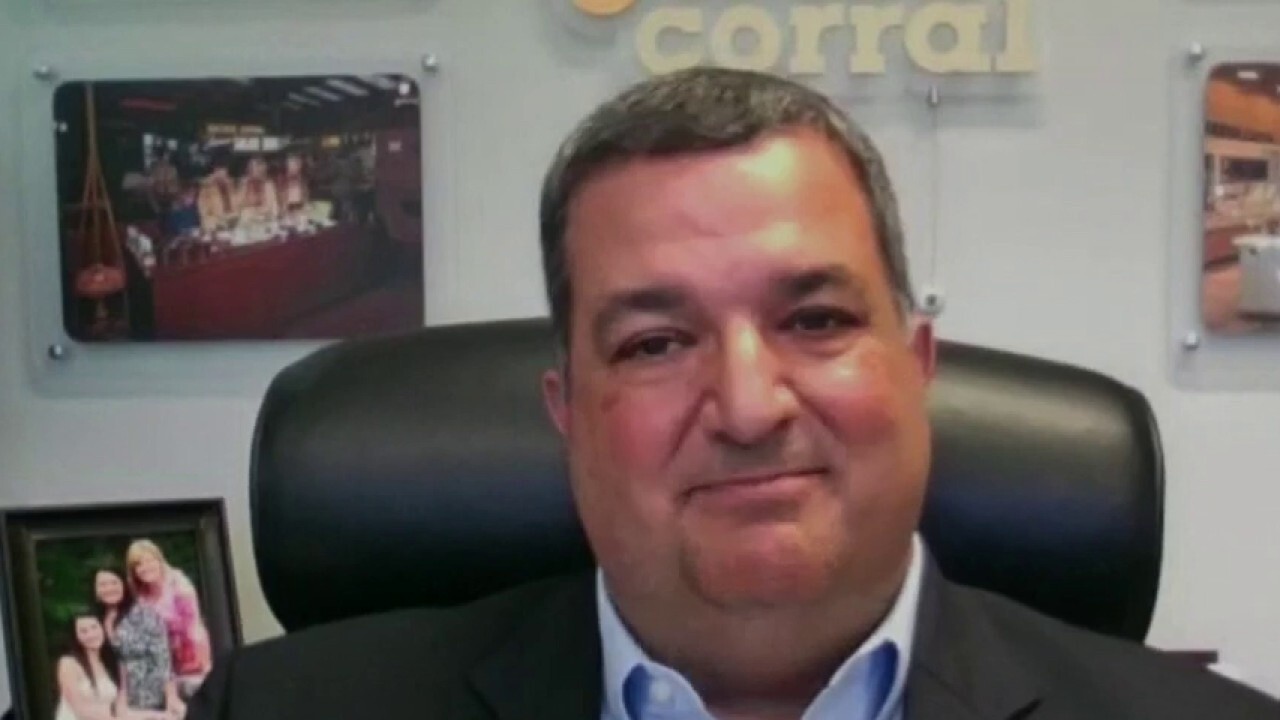 Golden Corral CEO Lance Trenary says it has been 'incredibly difficult' to staff his restaurants.

The West Hollywood City Council voted Wednesday evening to increase the city's minimum wage to $17.64 an hour, bumping another California city for the highest in the country.

The rate will take effect Jan. 1, first for hospitality workers before extending to all city workers July 1.

General view of the Hollywood sign on a hill above Los Angeles.

City leaders said the minimum wage increase was necessary to help workers deal with the rise in the cost of living.

"[I]t’s getting more and more expensive to live, work and raise a family," Councilmember Lindsey P. Horvath said in a statement. "Our minimum wage should reflect that reality."

A man waits for a bus near a bar closed due to the coronavirus pandemic in Los Angeles in June 2020. (AP)

The City of Emeryville, which is in the Bay Area, previously held the top spot for the highest minimum wage in the nation at $17.13 an hour.

California’s current minimum wage is $13 an hour if an employer has 25 workers or fewer. The minimum wage sits at $14 an hour for employees of companies with 26 or more staffers. The wages for both groups will go up by $1 at the start of 2022.

Business owners, meanwhile, said the minimum wage hike couldn’t have come at a worse time, given that many businesses are still struggling to get back on their feet after the COVID-19 pandemic.

West Hollywood restaurateur and reality TV star Lisa Vanderpump said the vote ought to have been delayed since many restaurants have gone out of business or are faced with "major" debts.

She said the city should restructure its minimum wage pay scale so that certain categories of tipped employees, whose income often exceeds minimum wage earnings, are not in the same class as non-tipped hourly employees who rely solely on minimum wage.

City council members said they have taken into account the needs of working people as well as the requests from businesses to phase in the higher wage.

The City Council will hold a press conference at the West Hollywood City Hall Motor Court later Thursday to discuss the ordinance.