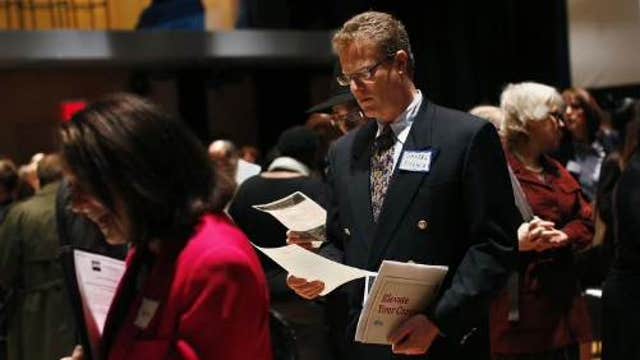 The number of Americans filing new claims for unemployment benefits unexpectedly fell last week, a sign the U.S. labor market might be tightening.

Initial claims for state unemployment benefits dropped 8,000 to a seasonally adjusted 287,000 in the week ended Sept. 27, the Labor Department said on Thursday.

Claims for the prior week were revised to show 2,000 more applications received than previously reported.

Claims have fallen steadily since the nation emerged from the 2007-09 recession and are currently lower than they were before the country's economic crisis began.

The four-week moving average of claims, considered a better measure of labor market trends as it irons out week-to-week volatility, fell 4,250 to 294,750.

The Labor Department said there were no special factors influencing the state level data.

The data has no bearing on Friday's government report on monthly employment during September because the hiring survey was conducted earlier in the month. Economists expect companies stepped up the pace of hiring last month, adding 215,000 workers to payrolls.

The jobless claims report showed the number of people still receiving benefits after an initial week of aid dropped 45,000 to 2.40 million in the week ended Sept. 20.