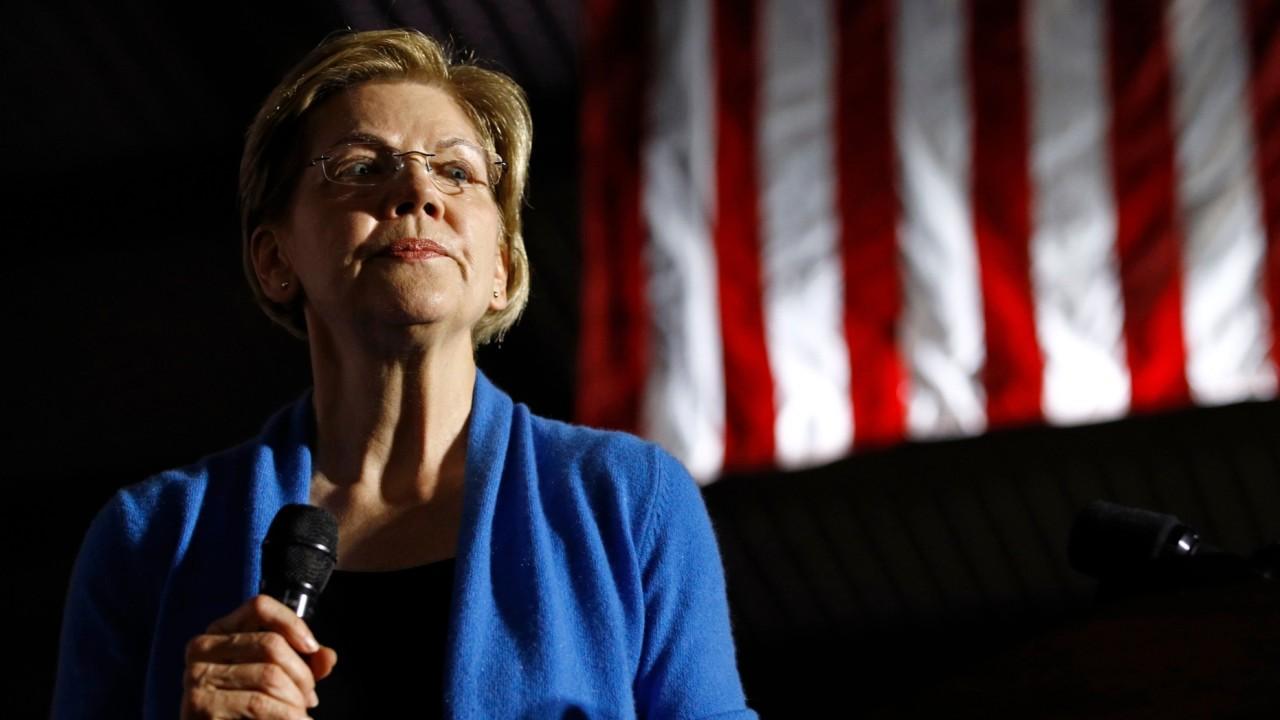 Who will Elizabeth Warren endorse?

Senator Elizabeth Warren suspended her presidential campaign but has yet to endorse a candidate. FOX Business' Charlie Gasparino and Fox News contributor Liz Peek weigh in.

Elizabeth Warren, hours after exiting the 2020 presidential race, called out Bernie Sanders for not doing enough to curtail the “organized nastiness” of his online supporters.

“It’s not just about me,” Warren said in an interview with MSNBC’s Rachel Maddow on Thursday. “I think it’s a real problem, with this online bullying and sort of organized nastiness, and I'm not just talking about ‘said mean things.’ I’m talking about some really ugly stuff that went on.”

Earlier in the day, the Massachusetts senator, who branded herself as a progressive fighter with a slew of plans to fix a broken and corrupt system, ended her presidential campaign. During an emotional press conference outside her Cambridge home, Warren declined to say whether she planned to endorse Sanders or his moderate rival, former Vice President Joe Biden, as the historically diverse primary winnowed down to a two-man race. She told reporters she needed “some space” to “think a little more.”

Warren acknowledged that politics is riddled with often-vicious behavior but said it’s a particular problem with Sanders’ supporters.

According to Warren, union leaders in Nevada who were open about their disagreement with Sanders’ Medicare-for-all proposal were harassed online by Sanders’ supporters.

“They actually published the phone numbers and home addresses of the two women, immigrant women, and really put them in fear for their families,” she said. “These are tough women ... And yet said, for the first time, because of this onslaught of online threats, that they felt really under attack. And that wasn’t the first time it happened.”

Warren spoke with both Biden and Sanders on Wednesday night, but Sanders declined to discuss the private conversation.

WHAT BLOOMBERG'S MASSIVE CAMPAIGN SPENDING WOULD COST THE AVERAGE AMERICAN

Asked whether he would consider Warren as a running mate, Sanders said it’s “too early to talk about that.” However, he said he would “love” to discuss with her what kind of role she could play in his administration, should he become the nominee and beat President Trump in the November general election.

In a separate interview with Maddow on Wednesday night, Sanders condemned his supporters’ attacks against Warren, saying he was “actually disgusted” and “aghast” at the online vitriol directed at Warren. But Warren suggested that all candidates are responsible for their supporters’ actions online.

“We are responsible for the people who claim to be our supporters and do really threatening, ugly, dangerous things for two other candidates,” she said.

Warren said she had a “short conversation” with Sanders about it but declined to discuss their talk further.