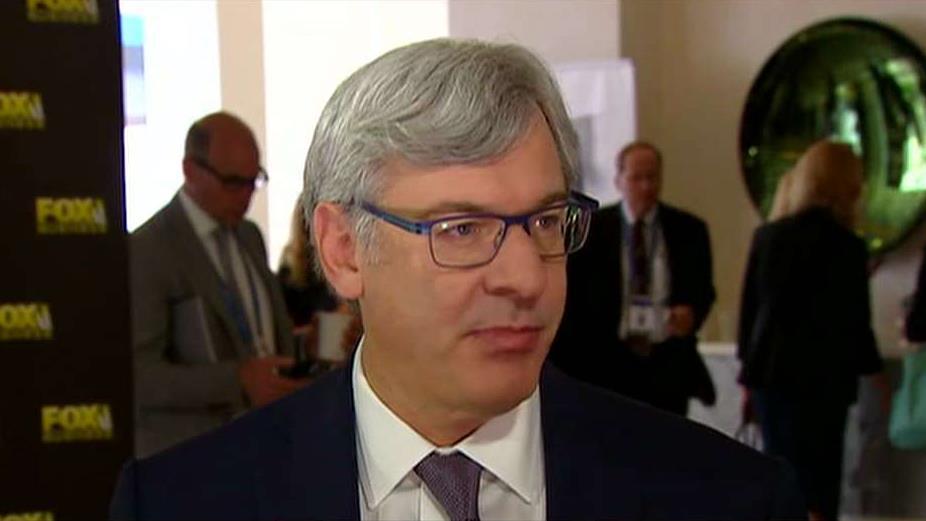 Royal Bank of Canada CEO Dave McKay on the bank's outlook for growth and the NAFTA negotiations’ impact on the auto and energy industries.

With just one day left before a congressional deadline on the North American Free Trade Agreement, former Mexican President Vicente Fox warned that the U.S. auto industry could fail if the three member countries can’t come to terms.

U.S. President Donald Trump has argued that lower wages for employees in Mexico have cost jobs including at General Motors, Ford and Fiat Chrysler. All of the “Big Three” have production sites in Mexico.

U.S. House Speaker Paul Ryan said Congress won’t be able to vote on NAFTA changes if it’s not notified of a deal by May 17.

With the way current talks are going, an agreement by that time seems unlikely. The sides have had disputes on multiple aspects of the deal, including U.S. demands for a sunset clause and eliminating settlement panels for trade disputes.Disagreements on automobiles have been the latest hindrance to Canada, Mexico and the U.S. as they attempt to replace the 24-year-old agreement.

Fox, who served as Mexico’s president from 2000 to 2006 and, like Trump, was a businessman before entering politics, criticized the U.S. leader, saying he was “surprised” that given Trump’s background, he didn’t have a better understanding about competitiveness, and that nations must work together for the betterment of their economies.

“You cannot have one single nation or one economy that is [an] expert, that is competitive, that is a winner on any specific sector … in a way the world works through specialization in different sectors of the economy,” the former Mexican president said.

Trump has also blamed job losses in America as a byproduct of immigration or corporations investing abroad, something Fox said is wrong.