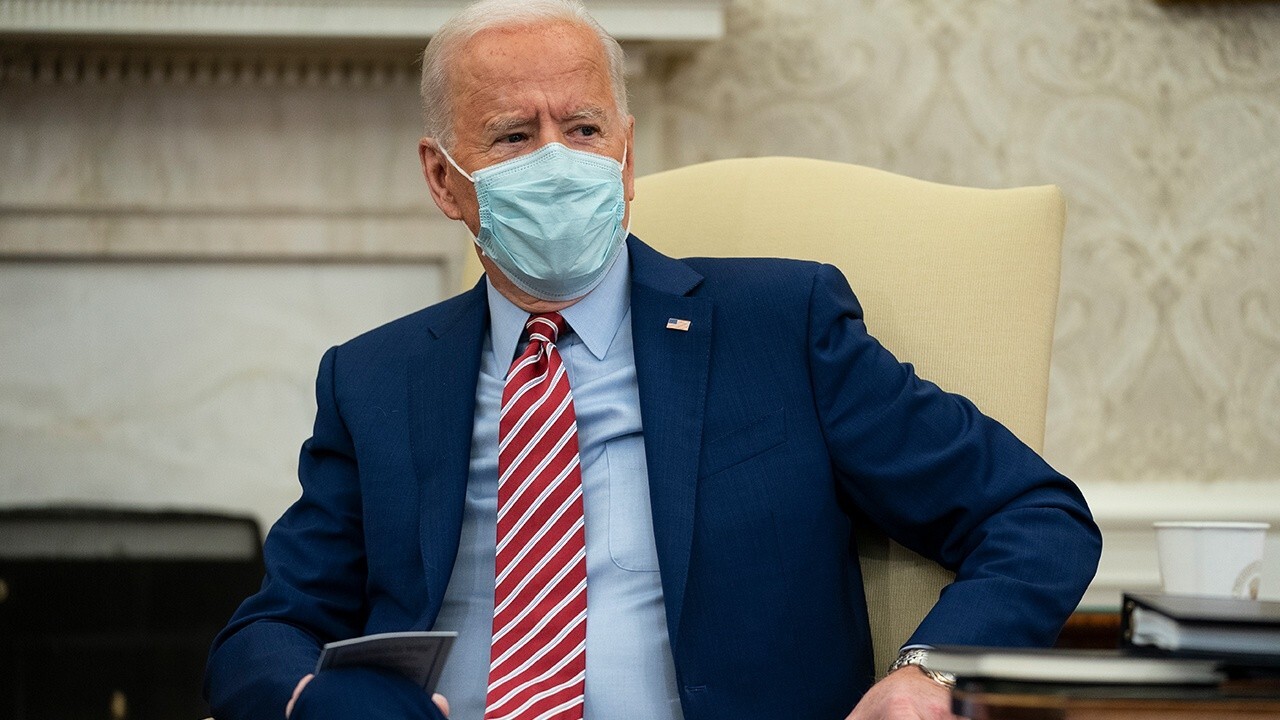 The Biden administration is moving forward with plans to potentially build several semiconductor plants in the U.S. to increase chip production amid a global shortage.

A senior administration official told FOX Business’ Edward Lawrence exclusively on Friday that U.S. Commerce Secretary Gina Raimondo is looking to open six to eight semiconductor chip factories in the U.S. within 18 months of the date that Biden signs the Innovation and Competition Act into law.

The administration is keen on building a "leading edge" chip plant in the U.S., the official said.

The Innovation and Competition Act is a $250 billion investment in various science and technology fields. It was adopted by the Senate in June and is expected to eventually pass the House.

Raimondo has met with about 50 companies to discuss the shortage, where she asked chipmakers to ramp up production.

Based on those meetings, the senior administration official said that Raimondo is prepared to move forward with plans to use $52 billion from the Innovation and Competition Act for semiconductors. It has not yet been decided how the money will be distributed, the same official clarified.

INTEL EYES GLOBALFOUNDRIES DEAL WORTH $30B

While no decisions have been made on what companies might receive the money, Raimondo has met with Micron and GlobalFoundries about what is needed to build plants.

The senior administration official added that Raimondo believes the U.S. is too dependent on Taiwan for semiconductor chips while noting that just 12% are made in the U.S. – a figure that includes none of the cutting-edge chips required to run more sophisticated technology.

Intel has announced plans to build two new chip facilities in Arizona – an investment that will be worth about $20 billion. But those factories won't be ready until 2024.

Separately, Intel is reportedly mulling an acquisition of GlobalFoundries, as reported by The Wall Street Journal, in a deal that could be worth $30 billion.

A global chip shortage has sprung up throughout the pandemic due to increased demand and constrained capacity, affecting the auto industry heavily this year with expectations that other tech sectors could feel similar impacts soon.

General Motors announced this week that it would reduce some truck production in North America due to the global chip shortage. Ford has also pulled back production at several factories as a result.

As previously reported by FOX Business, Intel CEO Pat Gelsinger said during an interview with The Wall Street Journal on Thursday that he did not see the chip shortage letting up in the near future.

"We have a long way to go yet," Gelsinger told the publication. "It just takes a long time to build [manufacturing] capacity."

Gelsinger previously told FOX Business during a roundtable in May that he thought it could take two years to work through.