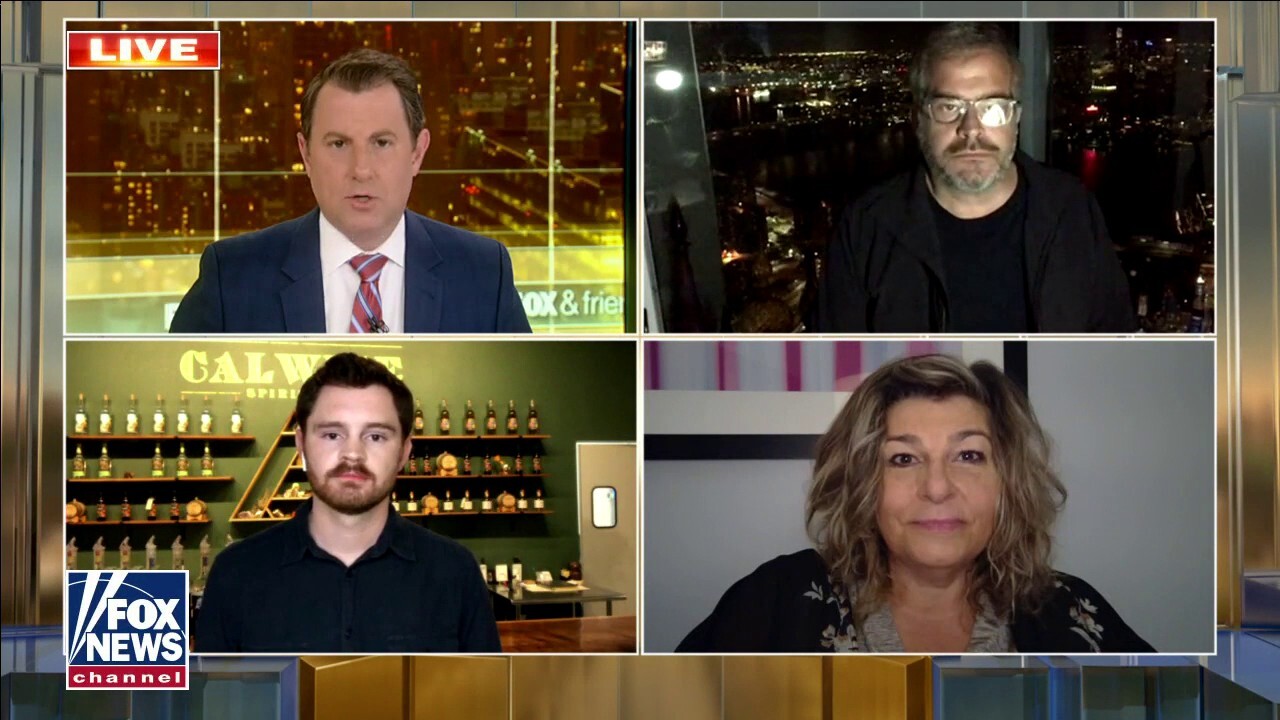 'Fox & Friends First' restaurant panel discusses the negative impact the president's coronavirus restrictions are having on owners across the U.S.

"United Airlines’ ham-handed and broad financial prosecution of its own employees, who have already had COVID or do not want to take the vaccine for religious or personal health decisions like fertility, plays right into the hands of those who would try to nationalize airline companies and move away from a democratic, representative government," the letter argues.

"As yours is one of the most highly regulated businesses, it appears that fear of more severe regulations from the Biden administration drove you to impose an abusive policy on your employees. In so doing, you rejected the tenets that have helped you grow, merge, and prosper," the CPAC letter claims.

The letter suggests that the vaccine mandate amounts to a subtle attack on the free market economic system that has lifted billions out of poverty worldwide.

In a free-market system, companies succeed or fail based on their goods and services, while the government protects individuals' rights but does not reward and punish companies due to their political beliefs, the letter explains. This free-market system "has proven to be the greatest antidote to poverty the world has ever seen" (emphasis original).

The CPAC sent this letter to United on September 20, one week before United's vaccine mandate was originally set to take effect. On August 6, United Airlines CEO Scott Kirby and President Brett Hart notified employees that they would all have to get the jab in order to stay on the job, unless they fell into narrow windows to receive religious or medical exemptions.

Therefore, "every U.S.-based United employee will be required to receive a COVID-19 vaccine" and report it in the company's system. United announced it would give employees five weeks after the Food and Drug Administration approved a COVID-19 vaccine. The FDA approved the Pfizer jab on August 23, making the deadline September 27. Employees get a pay bonus for early vaccination.

BIDEN ANNOUNCES VACCINE MANDATE FOR COMPANIES WITH MORE THAN 100 EMPLOYEES

United allows exemptions for religious and medical reasons. If United grants an employee the exemption, that employee will go on unpaid leave on October 2, until United can develop protocols to protect its unvaccinated employees or until "the pandemic meaningfully recedes," for public-facing roles.

A United spokesperson told Fox News that as of September 17, "90 percent of our employee population had confirmed their vaccinated status."

Earlier this month, President Biden announced a federal vaccine mandate for companies with more than 100 employees. Companies have to vaccinate their employees or test them weekly, under the mandate. Twenty-four attorneys general have threatened to take legal action to oppose the mandate.

The ACU letter argued that if United truly cared about its employees' health, it would have enacted a different policy.

"If your desire is truly to keep your employees and customers safe, you would not impose these draconian measures but would implement creative, science-based solutions that would benefit all. Instead, your harsh policy essentially terminates employees who fail to submit to your blanket COVID-19 vaccine mandate," the letter claimed.

The ACU letter also faults United for its narrow exemptions, accusing the company of "discrimination against those employees who cite religion as a basis for remaining unvaccinated."

"If United Airlines caves so easily to the unlawful whims of the Biden administration, it will just be a matter of time before the regulatory state assumes you will swallow more," the letter warns.

The letter concludes by urging United to "reconsider your vaccine policy, develop a more humane method of ensuring a safe environment for your employees and customers, and protect the great American tradition of free enterprise."

ACU warns that it will exert political pressure against the company should it refuse to change course.

"If United continues this posture, look to CPAC to aggressively oppose your legislative efforts in DC and across America," the letter warns. "We will fight every day to protect each American’s right to freedom of choice in their own health care."