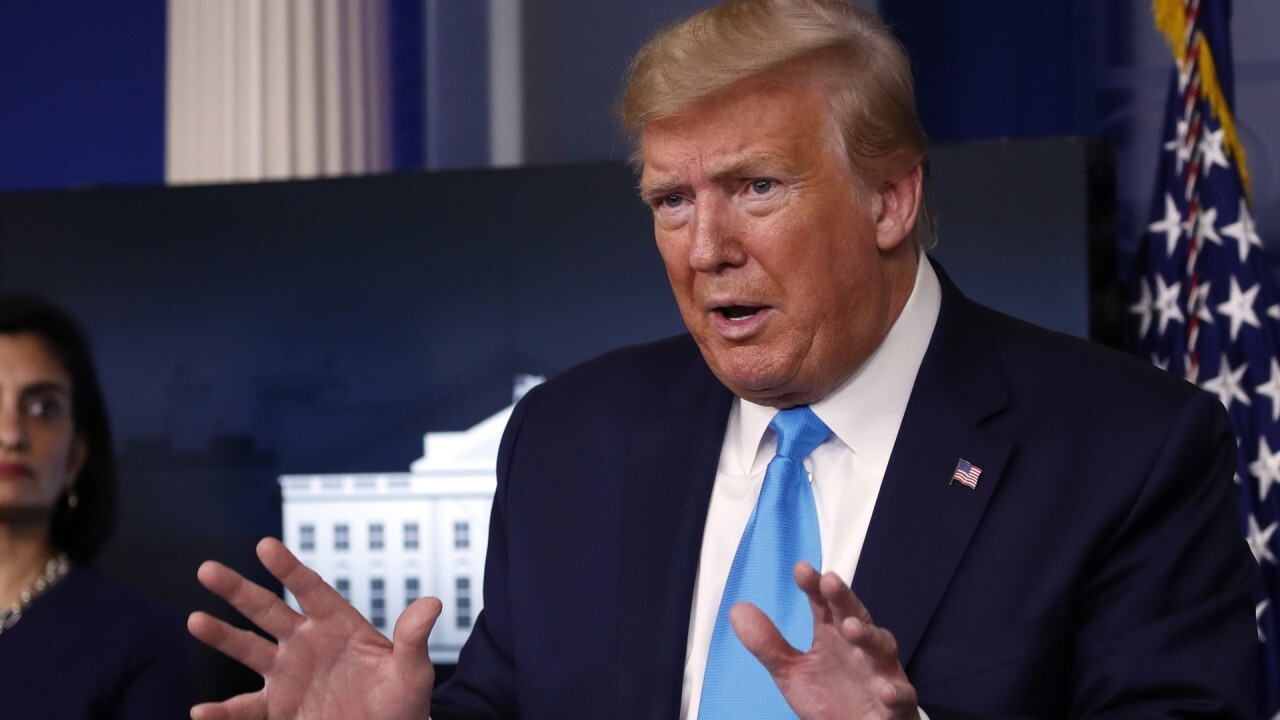 During a coronavirus task force briefing on Tuesday, President Trump said he would consider putting a "very powerful hold" on funding for the World Health Organization.

The president criticized the organization's response to the coronavirus, saying it gave the U.S. some "pretty bad play calling" and that it's called "nearly every aspect" of the pandemic wrong.

"They called it wrong. They really missed the call," Trump said. "They could've called it months earlier. They would've known, and they probably did know."

Trump added that if you look back over the years, the WHO seems to "always err on the side of China and we fund it.”

The president also pointed out that the World Health Organization has been critical of his decision to place a travel ban on Europe as confirmed coronavirus cases have reached nearly 400,000 in the United States among more than 1.4 million confirmed cases worldwide, according to the latest update from Johns Hopkins University.

"They said there's no big deal, there's no big problem, there's no nothing and then ultimately when I closed it down they actually said that I made a mistake in closing down and it turned out to be right but at the time they did that. So we're just going to take a look at it," Trump said.

The president said during Monday's briefing that he may consider additional travel restrictions on coronavirus hotspots.

On April 3, former U.S. Ambassador to the U.N. Nikki Haley called out a WHO tweet back in January that cited investigations by Chinese authorities saying the communist nation "found no clear evidence of human-to-human transmission" of the coronavirus.

"The WHO owes an explanation to the world of why they took China’s word for it," she said. "So much suffering has been caused by the mishandling of information and lack of accountability by the Chinese."

The same day, Sen. Martha McSally, R-Ariz., said Tedros "deceived the world" and even praised China's "transparency during its coronavirus response efforts" despite a "mountain of evidence showing the regime concealed the severity of the outbreak."

"This deception cost lives," she added.

Last week, Sen. Rick Scott, R-Fla., also called for accountability for the WHO on its handling of the coronavirus.

"When it comes to Coronavirus, the WHO failed," Scott said in a statement. "They need to be held accountable for their role in promoting misinformation and helping Communist China cover up a global pandemic. We know Communist China is lying about how many cases and deaths they have, what they knew and when they knew it – and the WHO never bothered to investigate further."

Sen. Marco Rubio, a Republican from Florida, speaks during an event at the Heritage Foundation in Washington, D.C., on Monday, Feb. 11, 2019. (Al Drago/Bloomberg via Getty Images)

"Neither possibility bodes well for his future at the helm of this critical organization," Rubio added.

The U.S. has provided the agency with $893 million during its current two-year funding period, which includes about $236 million in dues, accounting for about 14.67 percent of the WHO’s total funding. In the White House's proposed budget for fiscal 2021, the agency's funding request from Congress was cut in half from roughly $122 million to less than $58 million.