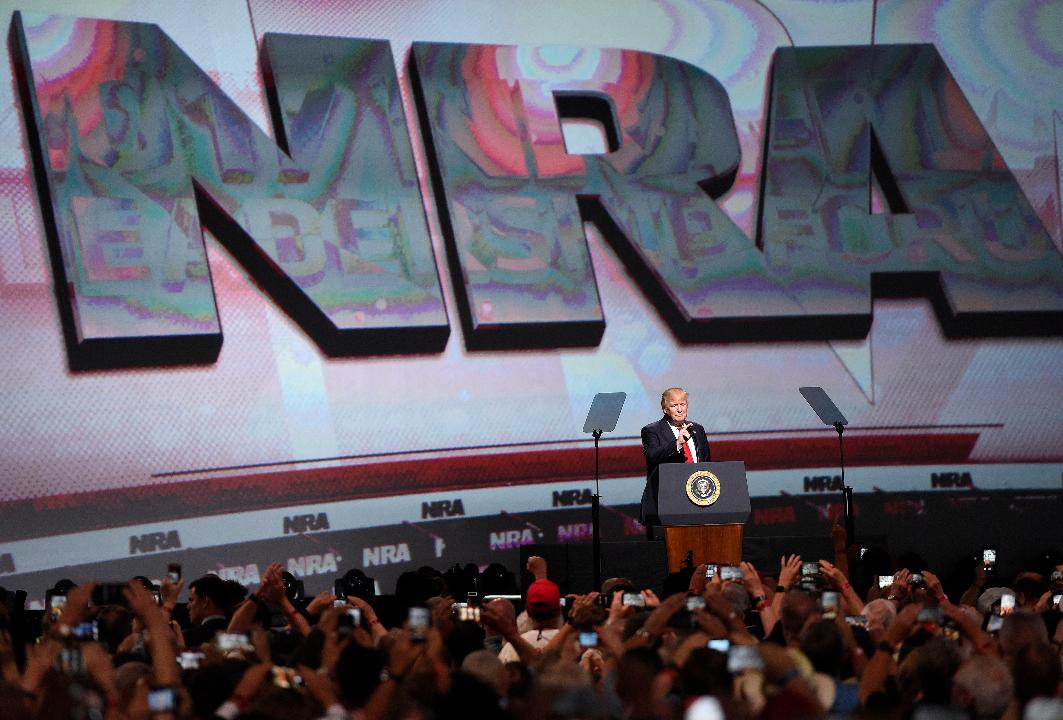 “I am also proud to be the first sitting president to address the NRA Leadership Forum since our wonderful Ronald Reagan,” Trump said.

In 1983, Reagan addressed the gun-rights group during the third year of his first term.

“It does my spirit good to be with people who never lose faith in America, who never stop believing in her future and who never back down one inch from defending the constitution freedoms that are every Americans birth right,” former President Ronald Reagan said.

In an interview on FOX Business Network’s After the Bell, NRA spokesperson Dana Loesch said Trump has already delivered on a couple of promises by reaffirming his commitment to protect the second amendment.

“We saw the pushback on the Obama-era regulation wherein people who were social security beneficiaries without any due process at all and through some bureaucrat, they were having their second amendment rights stripped away from them and those bureaucrats were ignoring the legal process that was already in place,” she said.

The NRA spokesperson said the Campus Carry law is very popular among college students as a means to defend themselves from potential acts of violence.

“As I always say, it is easier for people to carry their firearm and take their defense in their own hands then it is to carry a cop,” Loesch said.

Georgia is among 17 states that have banned concealed weapons on college campuses.

When asked on the timeline for the Campus Carry bill to be passed, Loesch said, “I hope that the governor signs this [bill] without too much delay.”