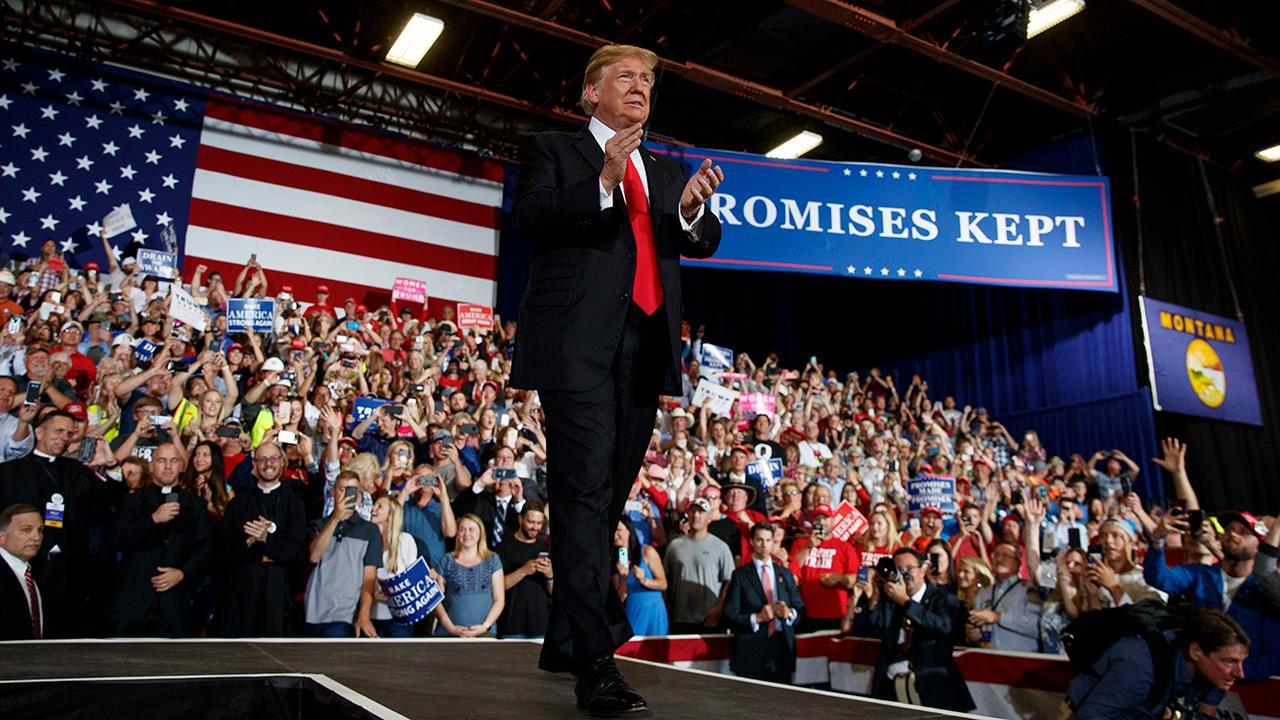 The left, the media and the deep state hate our president: Varney

FBN's Stuart Varney on the political fallout from the NY Times op-ed from an anonymous Trump official.

Imagine: You run a business. You have appointed managers. You tell them what you want done. Your business thrives. But, some managers don't like the way you are running things and they secretly undermine your decisions. They sabotage your business and claim they are your moral superiors.

This is precisely what is happening right now to President Trump.

A “senior official” within the administration writes anonymously in The New York Times that the president is “impetuous, petty and ineffective,” and makes “half-baked, ill-informed and occasionally reckless decisions.” This official, along with others, work to stall and reverse the president’s policies. It’s called sabotage from within. And it’s going on now.

I can’t remember anything like this: The deep state conspirators are now actively frustrating the policies of a duly elected president.

They think they know better than us. They must save us from ourselves. The official writes: “We are trying to do what's right even when Donald Trump won’t.” The arrogance is stunning.

This is a stab at the heart of our democracy: The will of the people is being deliberately thwarted by a secret cabal. And yet again, the media is complicit.

That is outrageous. But that is the state of play in our politics. The left, the media, and the deep state, hate our president. They will do anything to get him out, and that includes undermining our constitutional republic.