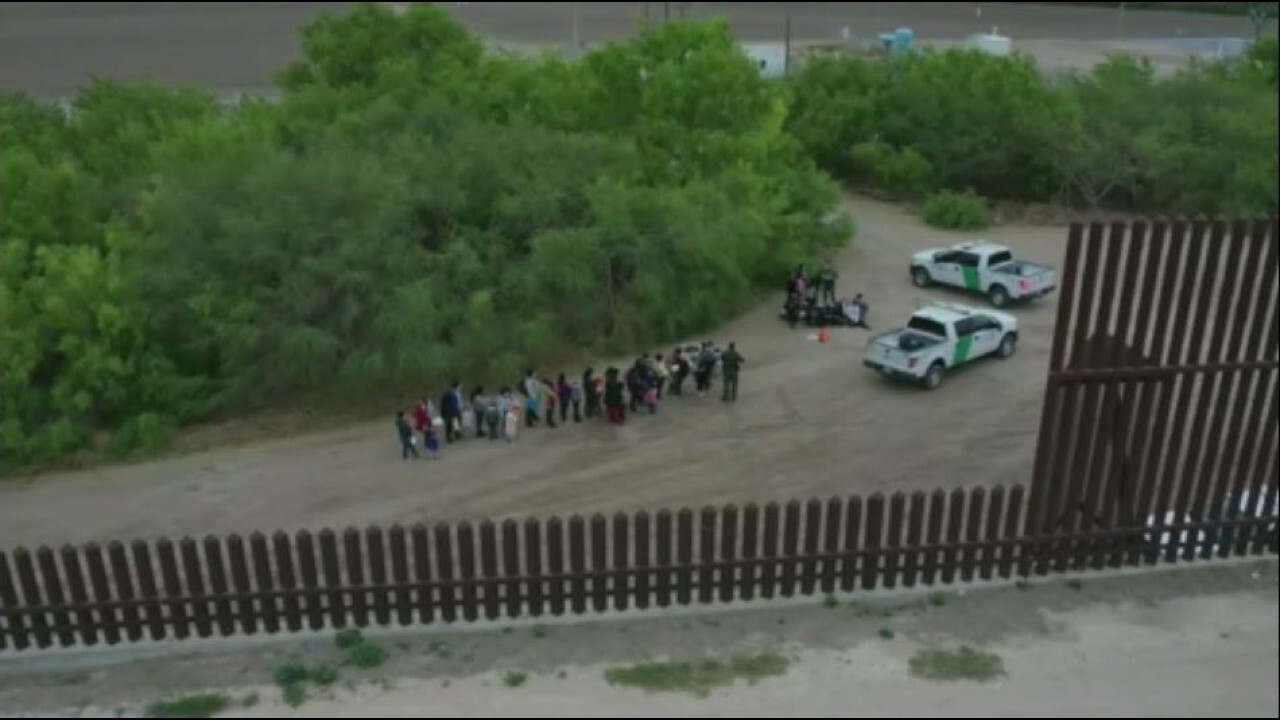 Add one more item to the proposed spending list for the Biden administration.

That is because farmers in Texas are requesting restitution from the White House for overseeing one of the largest surges in illegal immigration in the U.S. in nearly two decades, according to federal data.

According to recently released Customs and Border Protection figures in July, more than a million arrests have already been made at the U.S.-Mexico border in 2021 – a higher figure than any full-year total since 2005.

That number doesn’t even account for those not apprehended, and Texas farmers are saying the damage being caused to ranches and farms is unremitting and costly.

Now, they are asking for action.

Action isn’t the only ask from the group, which is also seeking monetary support from the Biden administration for all the destruction that has occurred.

"Basically we're saying that the property damage is coming because of the large influx of illegal immigrants. So with that being said, we feel like there needs to be some compensation to the property owners," said Boening, a Poth, Texas, farmer and rancher.

The increased damage to farms comes just a month after the American Farm Bureau Federation – in addition to all 50 state bureaus and the Puerto Rico Farm Bureau – sent a letter to the Homeland Security, Agriculture and Interior Departments pleading for assistance.

Furthermore, they stressed the role of human smugglers or "coyotes" in the fiscal damage.

"Coyotes abandon people, steal vehicles, vandalize property and threaten the safety and livelihoods of farmers and ranchers. They are often criminals who smuggle drugs and firearms into the country, frequently leaving them on farmers’ and ranchers’ property, causing unrest for farm and ranch families," the letter said.

The issue has not gone unnoticed in Congress where Texas Republicans – under pleas from their constituents – are trying to tackle the issue.

One such House member is Congressman Tony Gonzales, whose 23rd Congressional District extends along a large part of the U.S.-Mexico border in western Texas.

"The crisis at our southern border continues to spiral out of control. At this point in the summer heat, we would have seen a dip in numbers. However, instead, we’re seeing the exact opposite – a historic spike in border crossings and migrant encounters. There is no end in sight for our border patrol agents and law enforcement officers and yet the Biden administration continues to signal that they will not be acting any time soon," the congressman told FOX Business.

Gonzales confirmed that the issue has been exacerbated since Biden took office in January. He discussed going to visit farmers in his district near the border.

"I talk to folks who have experienced things like illegal migrant groups trespassing through and damaging their property or cartels leaving contraband and weapons on ranches," the first-term lawmaker said.

"In many cases, farmers – who are already struggling due to the pandemic and severe Texas weather earlier this year – are having to pay for these repairs out of their own pockets," relayed Gonzales, who served 20 years in the U.S. Navy before winning the seat in 2020.

With Congressional Republicans pessimistic about the prospect of the Biden administration providing relief to farmers, some are taking the matter into their own hands.

Texas Congressman August Pfluger is planning to soon introduce a bill to reimburse farmers and ranchers whose land is being ravaged by the illegal immigration crisis, he told FOX Business.

"Every day, farm and ranch families in Texas and other border states are put at risk by the reckless policy decisions of the Biden administration and their abject failure to secure our border," said Pfluger, who represents Texas' conservative 11th Congressional District.

"Record numbers of illegal migrants being trafficked into our border by coyotes are wreaking havoc on farm and ranch land – vandalizing and damaging fences, structures and equipment along the way. One of my own family friends even had their generational home burnt to the ground by illegal crossers," the former U.S. Air Force lieutenant colonel added.

Pfluger is skeptical the Biden administration will offer any support to his farmer constituents, and said he decided to take action.

"Families are being forced to live in fear in their own homes. Enough is enough. The price of the Biden administration’s failure to secure our border should not be paid by farm and ranch families," he concluded.