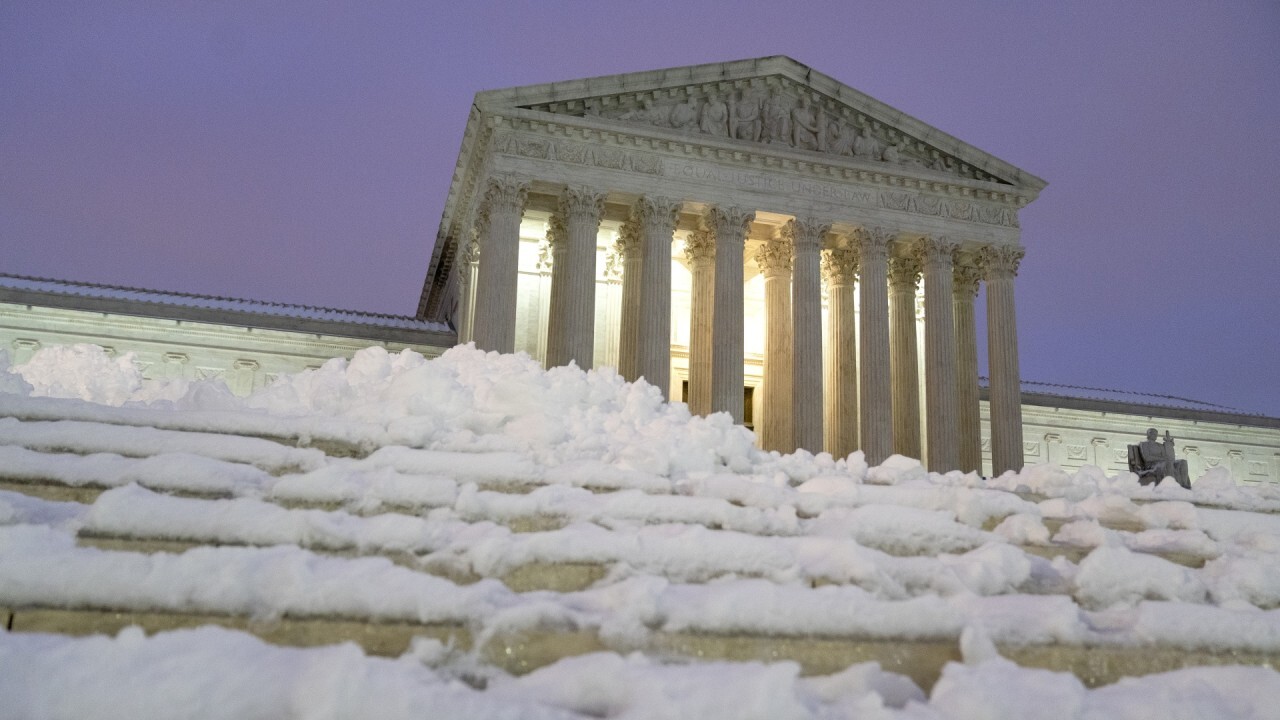 Friday, the Supreme Court will hear oral arguments in a case brought by the Job Creators Network (JCN) and other groups challenging the Biden administration's employer vaccine mandate.

JCN provides an airtight case explaining why this order on businesses is illegal, describing how it defies precedent and would be enormously burdensome to employers.

The Supreme Court should stand up for small businesses and stop this mandate.

Some background: JCN and its small business co-petitioners sued to block this Occupational Safety and Health Administration mandate immediately after it was finalized in November.

Subsequently, a circuit court issued a stay, highlighting the order's numerous legal flaws. Yet in a 2-1 decision, a different appeals court reinstated the rule in December.

JCN was the first organization to file a petition at the Supreme Court requesting a stay. Unless the Supreme Court freezes the rule, OSHA can begin fining noncompliant businesses on January 10, leaving employers with very little time to comply.

Even by pandemic-era standards, this mandate represents a significant overreach of executive power. OSHA has neither the authority nor the necessity to issue such a sweeping regulation that will impose a dramatic burden on American small businesses.

Thirteen circuit judges have weighed in, and 11 have concluded that the mandate is illegal and should be stayed immediately. The majority opinion issued by the two remaining judges is not persuasive and ignores precedent.

The Supreme Court's 1980 American Petroleum Institute decision held that OSHA must point to clear statutory authority to regulate broad swaths of the nation's industry and that its general role to provide a safe workplace is insufficient. The Biden Administration's argument, despite being 87 pages, largely ignores this precedent.

Never before has the federal government mandated vaccines for so many Americans -- let alone at the order of the president -- without clear support from Congress through legislative action.

The Executive Branch should not be allowed to deputize employers as state agents to carry out its medical mandates. Not only is this an unprecedented assertion of power by OSHA, but it is one of the most aggressive power grabs by any agency in decades.

The vaccine mandate wages war on small businesses at the worst possible time. If allowed to take effect, the mandate will exacerbate one of the worst labor shortages in American history.

Some small businesses will be forced to fire employees who do not wish to get vaccinated or tested. Others will find it even more difficult than it is now to hire eligible workers.

JCN polling finds that 44 percent of small business owners nationwide believe some of their employees will quit if the mandate takes effect.

JCN's co-petitioners, including Lawrence Transportation in Minnesota, Guy Chemical in Pennsylvania, the Rabine Group in Illinois, and the Independent Bakers Association, explain how significant portions of their workforces will not comply with the mandate. They indicate that some of their employees will simply switch jobs to employers not covered by it.

They explain how, as a result, they will have difficulty meeting consumer demand, causing reputational and business damage. These significant consequences will play out at small businesses nationwide if the mandate takes effect.

Small businesses are currently trying to bring the economy back to its pre-pandemic peak. The vaccine mandate threatens their ability to do so and may prevent a return to this shared economic prosperity.

The Supreme Court should follow precedent and issue an immediate stay, freeing small businesses to focus on what they do best: creating jobs and economic growth.