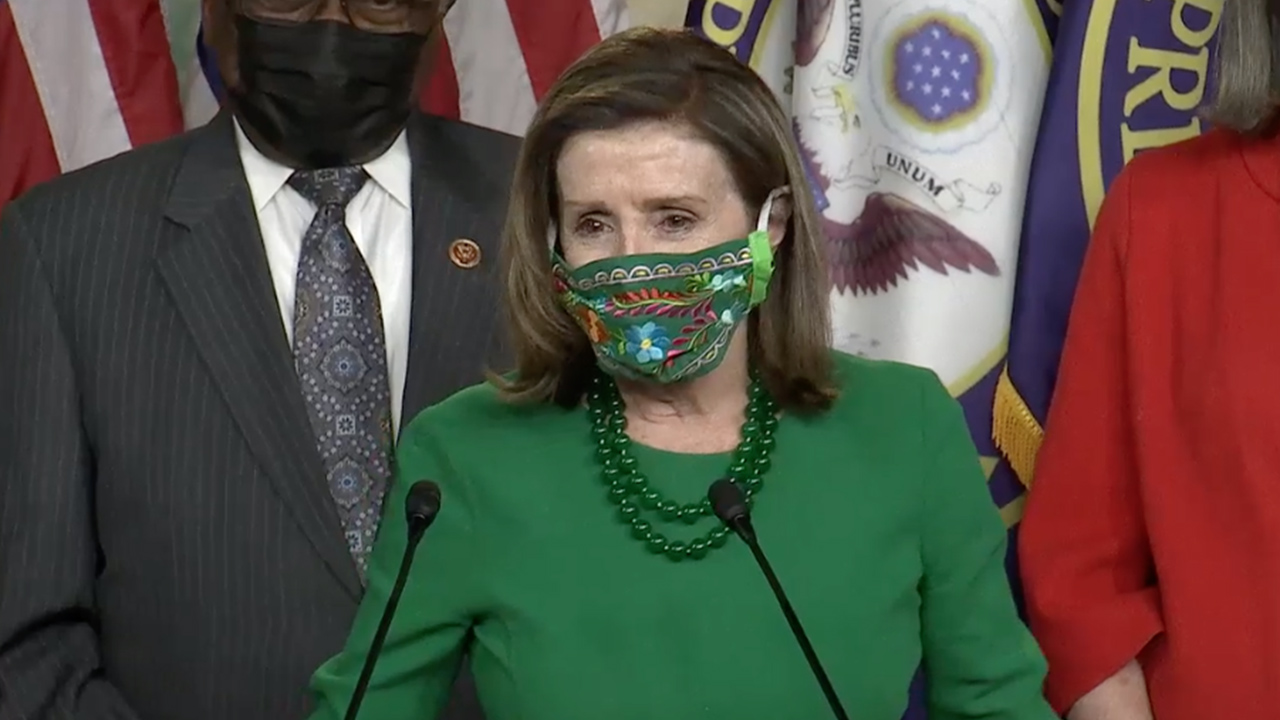 A controversial $100 million slated for a subterranean rail project in California's Silicon Valley has been removed from the latest coronavirus relief bill, according to House Speaker Nancy Pelosi’s office.

The money would have gone toward an expansion of the Bay Area Rapid Transit system beneath San Jose, as House Democrats had argued that transportation funding in the relief bill would support construction and transit jobs.

But critics have derided the BART expansion as Pelosi's "Subway to Nowhere."

But because it would have been a pilot project, the Senate parliamentarian concluded that it was not eligible for an exemption to be a part of the bill, according to Pelosi spokesman Drew Hammill.

Similarly, $1.5 million for the slated Seaway International Bridge in GOP Rep. Elise Stefanik’s district has also been removed -- the so-called "Bridge to Nowhere."

“Now that the two projects that Republicans misled the public about in the House bill have been removed, it is unclear how Republicans will justify their opposition to the American Rescue Plan, which has strong bipartisan support among the public,” Hammill claimed.

The American Rescue Plan is the White House’s COVID-relief legislation, which President Biden has asked the Senate to pass. It also includes a strategy for distributing coronavirus vaccines, reopening schools and sending $1,400 relief checks to eligible families.

The San Jose BART funding was approved during the Trump administration for the expedited delivery of a federal Capital Investment Grant.

The subsidy for the project, phase two of the BART expansion, was tucked into the House Transportation Committee's section of the relief bill under a provision for "all projects under section 3005(b) of Public Law 114-94 that received allocations for fiscal year 2019 and 2020" except "projects open for revenue service."

But there is only one such project that fits that definition -- the BART phase 2 extension, documents reviewed by Fox Business reveal.

A Federal Transit Administration spokesperson told Fox Business that the FTA doesn't comment on legislation that is still in Congress.

Under the distribution formula of that section of the bill, documents reviewed by Fox Business indicate that the BART project would get approximately $112 million.