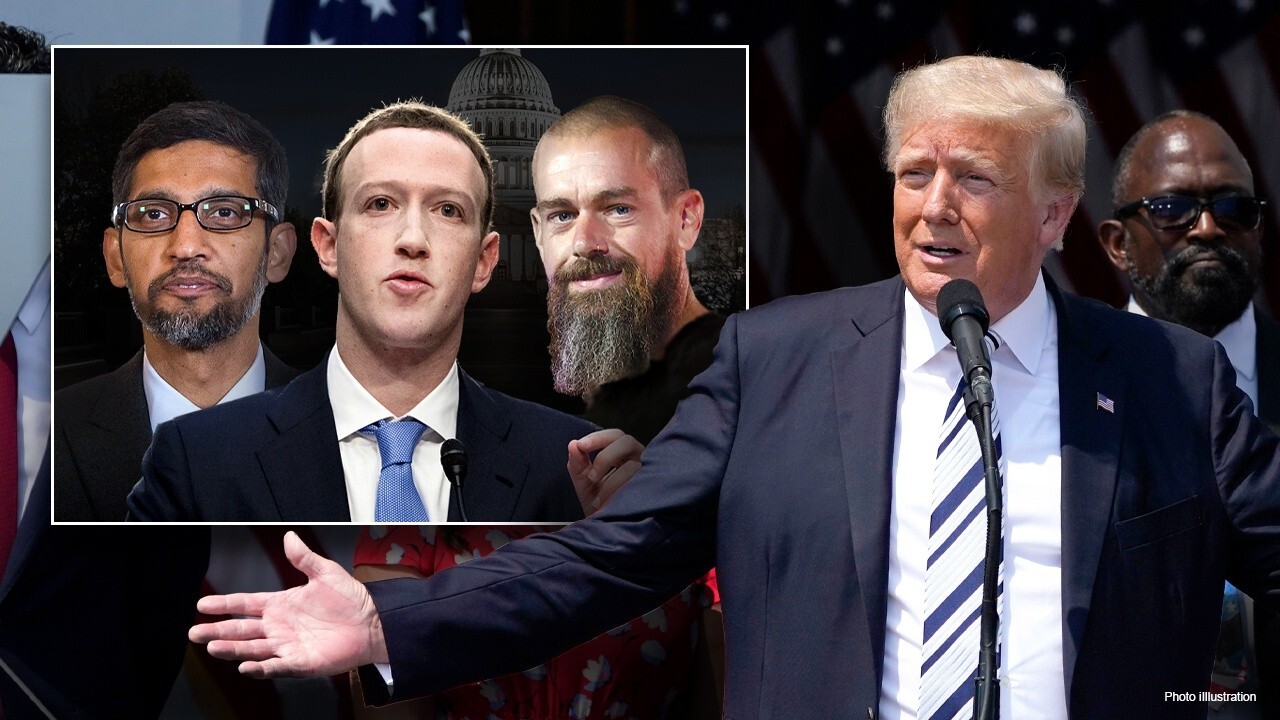 "While banning pro-life APR ads, Google continues to allow ads for purveyors of the deadly abortion pill mifepristone by mail, despite the fact this drug has resulted in at least 24 mothers’ tragic deaths and at least 1,042 mothers being sent to the hospital," the senators wrote. "Google’s double standard on abortion is disingenuous and an egregious abuse of its enormous market power to protect the billion-dollar abortion industry."

"The practical consequence of Google’s abortion distortion is that pregnant mothers in crisis will only have the option to be marketed abortion drugs through Google’s ad platforms, while life-affirming alternatives are suppressed," the lawmakers concluded.

Lila Rose, president of the pro-life group Live Action, announced on Tuesday that Google had banned all of her organization's ads promoting the abortion pill reversal treatment, which she claims has saved at least 2,500 children. Shortly before the bans, The Daily Beast reported that Google changed its policy on such ads due to the news outlet's reporting.

"It does appear that Google is banning any and all ads that guide to Abortion Pill Reversal for both national organizations and local pregnancy help organizations," Andrea Trudden, senior director of communications and marketing at Heartbeat International, told Fox News on Thursday.

"It is very sad that they would choose to side with the abortion lobby over women who regret taking the abortion pill. Most women find Abortion Pill Reversal by doing a Google search," Trudden added. She alleged that Google is "single-handedly removing the ability for women to try to save their pregnancies."

"Every woman deserves to know the whole truth about abortion; that includes the facts about her unborn child, and the choices she can make every step of the way. Google disagrees," she claimed.

A Google spokesperson defended the decision to remove the abortion pill reversal ads on Tuesday.

"We do not permit ads with unproven medical claims. Medical experts have raised serious concerns about abortion reversal pills," the spokesperson said, citing an advocacy brief from the American College of Obstetricians and Gynecologists. "Beyond protecting users from medical harm, our policies do not distinguish between promoting pro-choice and pro-life messages."

Rose told Fox News that she disagrees with the ACOG advocacy brief, accusing the organization of twisting the facts in favor of abortion. The brief claims that "Medication Abortion ‘Reversal’ Is Not Supported by Science," but it focuses on one 2012 report about the treatment and does not suggest that the abortion pill reversal will damage women.

"The practical consequence of Google’s abortion distortion is that pregnant mothers in crisis will only have the option to be marketed abortion drugs through Google’s ad platforms, while life-affirming alternatives are suppressed."

Medication abortion involves two medications: mifepristone, which blocks the natural hormone progesterone, and misoprostol, which effectively causes a miscarriage. The reversal treatment involves giving a woman more progesterone, reversing the effect of the first pill. A woman can only reverse a medication abortion before she takes the second pill.

Rose told Fox News the FDA has approved a wide variety of uses for progesterone drugs (although some remain contested), including the exact kind of hormonal deficiency that mifepristone induces.

Progesterone "has been on the market for decades. Doctors all around the country have been using it to reverse that first deadly drug," Rose said. "It's dishonest and cynical for any medical professional to suggest that progesterone is not FDA approved or that mifepristone can't be counteracted with progesterone when mifepristone is intended to fight progesterone."

Trudden also countered the ACOG arguments, referring to a study published in the journal Issues in Law and Medicine in 2018. The study observed 754 patients who decided to attempt to reverse the medication abortion process after taking mifepristone but before taking misoprostol. Progesterone treatments reversed the abortion, saving the baby, in 64 and 68 percent of cases, with no apparent increased risk of birth defects. The study concluded that "the reversal of the effects of mifepristone using progesterone is safe and effective."

The Heartbeat International spokeswoman claimed that progesterone has been safely used in pregnancy for more than 50 years, and cited a 1999 FDA review that found no increased risk of birth defects in pregnant women taking the drug.

While ACOG opposes progesterone in reversing chemical abortions, Trudden cited ACOG reports in order to defend the claim that progesterone is effective at saving the lives of unborn babies.

An ACOG practice bulletin published in 2020 warns abortion providers to avoid administering Depo-Provera, a progesterone-only birth control, on the same day that women take mifepristone – because it can reduce the efficacy of the chemical abortion and increase the chances of embryonic and fetal survival by 4 times (0.9 percent to 3.6 percent) even after the woman has taken the second pill.

Google did not respond to Fox News' request for comment on these arguments by press time.