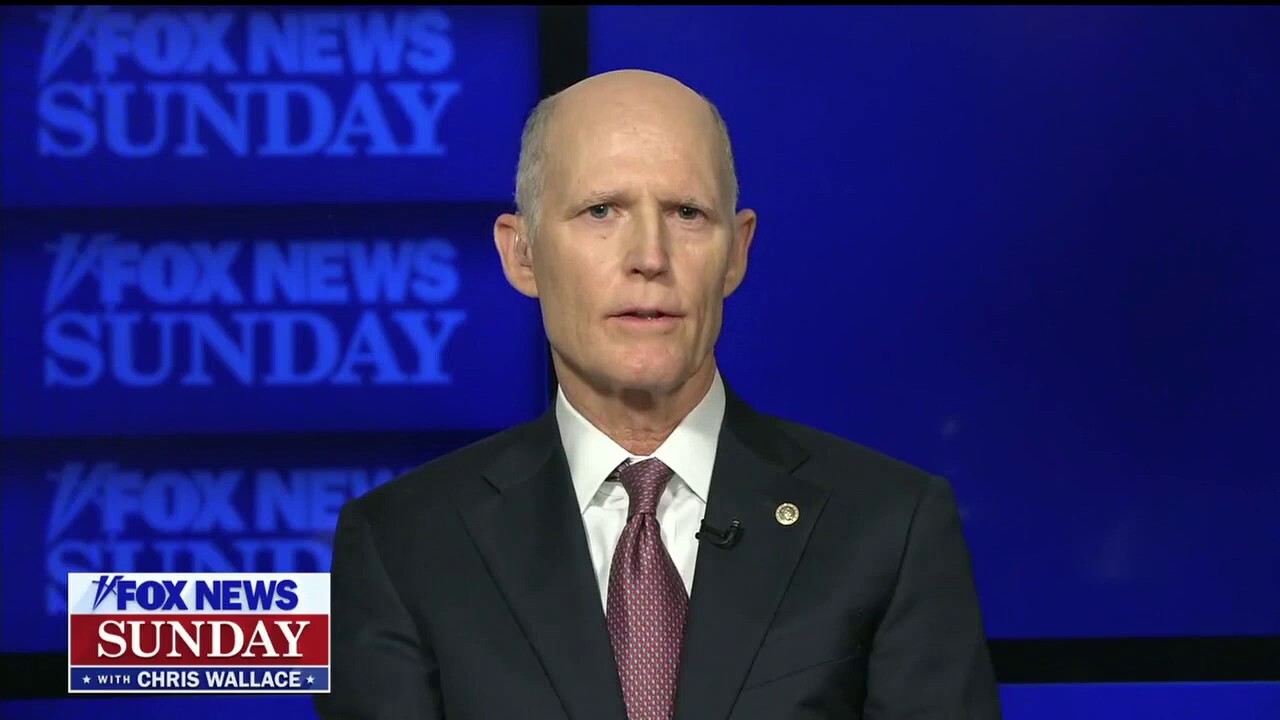 Florida Sen. Scott slams national debt: 'Fed up' with a government that can't live within its means

Nearly all Senate Republicans signed a letter released Wednesday vowing not to vote to raise the debt ceiling, signaling that Democrats may be forced to raise the limit under budget reconciliation to prevent the United States from defaulting on its debt.

The letter, signed by 46 senators in the 50-member caucus, follows similar threats made recently by Minority Leader Mitch McConnell, R-Ky. He frames the GOP refusal to raise the debt limit as a protest against Democrats' massive $3.5 trillion spending plan.

"Democrats have embarked on a massive and unprecedented deficit spending spree. Without a single Republican vote, they passed a $1.9 trillion ‘Covid relief’ bill in March even though $1 trillion was still unspent from previous bipartisan Covid relief bills," the Wednesday letter reads. "Now they have passed a $3.5 trillion Budget Resolution, again without a single Republican vote."

Senate Minority Leader Mitch McConnell, R-Ky., does a cable news interview before the start of a two-week recess, at the Capitol in Washington, Wednesday, June 23, 2021. McConnell and Senate Republicans are vowing that they won't vote to increase the (AP Images)

Democrats counter that Republicans' are being dishonest — they say that the spending that will cause a breach of the debt limit later this fall was mostly approved before President Biden assumed office.

"The vast majority of the debt subject to the debt limit was accrued prior to the Administration taking office," Treasury Secretary Janet Yellen said this week. "This is a shared responsibility, and I urge Congress to come together on a bipartisan basis as it has in the past to protect the full faith and credit of the United States."

The four GOP senators who did not sign the debt limit letter are Sens. Susan Collins, R-Maine, Lisa Murkowski, R-Alaska, John Kennedy, R-La., and Richard Shelby, R-Ala. But they alone won't be enough to break a filibuster, meaning that the Senate won't be able to raise the debt limit through regular order unless some of the 46 Republicans who signed the letter flip-flop.

Democrats can raise the debt limit on their own through the budget reconciliation process, even if they don't include it in their spending plan, or if the spending plan fails to pass. The Senate parliamentarian said earlier this year, according to Majority Leader Chuck Schumer, D-N.Y., that the Senate may revisit a previous reconciliation vehicle to add new provisions to it.

Senate Majority Leader Chuck Schumer of N.Y. walks off the Senate floor and pumps his fists as the Senate approves a $1 trillion bipartisan cornerstone of the Biden agenda to the House, on Capitol Hill in Washington, Tuesday, Aug. 10, 2021. Schumer a (AP Photo/Andrew Harnik / AP Newsroom)

Democrats did not include a debt ceiling increase in their budget resolution and appear to have no intent to put it in the final legislation.

"We have always been bipartisan to deal with the debt ceiling," Schumer said at his Wednesday press conference. "When Trump was president, I believe the Democrats joined with him to raise it three times."

But the Senate Republicans said Democrats have full control over whether the country defaults.

"We should not default on our debts under any circumstances," their letter said. "If Democrats threaten a default, it will only be because they refuse to vote for the debt ceiling increase necessitated by their own irresponsible spending. Democrats, at any time, have the power through reconciliation to unilaterally raise the debt ceiling, and they should not be allowed to pretend otherwise."

The debt ceiling fight is just one of several major legislative battles stacking up in front of Congress this fall. Among them are the bipartisan infrastructure bill, the reconciliation package and Democrats' push for a massive elections bill.

It's unclear exactly when the U.S. will default after the 2019 suspension of the debt limit expired on July 31. But the Treasury is taking steps to avert default until sometime in the fall.