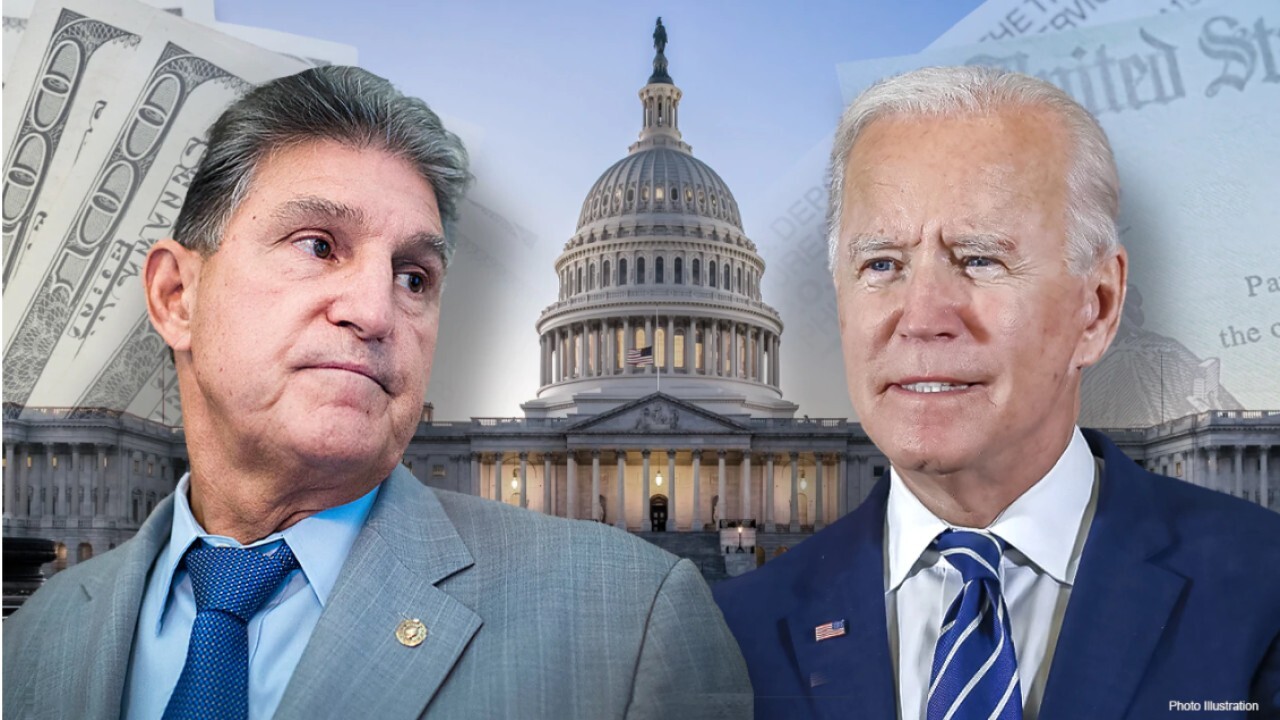 U.S. Sen. Joe Manchin’s position as a moderate Democrat in the red state of West Virginia has propped him up to be a powerful man in Washington these days.

Even though Manchin has signaled support with Republicans on several issues, the Biden administration is wooing him in order to push progressive ticket items in its economic stimulus package.

Yet, West Virginians are holding out hope that the senator stands firm on opposing items that could be detrimental to some of the state’s most important industries and small businesses.

“Democrats may have to pull back on some of the very progressive things that they would like to do right off the bat as voters here are starting to be a little more vocal that they want Senator Manchin to stand up for them,” FOX Business’s Edward Lawrence told "Varney & Co."

Manchin has made it clear that he would side with Republicans on several issues, including his opposition to the filibuster and a $15 minimum wage hike, and he has also urged President Biden to reconsider his executive order revoking a presidential permit for the Keystone XL oil pipeline.

However, the administration is attempting to curry favor with the senator by pushing infrastructure projects such as water lines and sewer lines, bridges and roads, expanded broadband in rural areas, as well as funding for trade schools. Biden has even suggested gradually increasing the minimum wage.

Voters in West Virginia are sensing their senator’s newfound political power, which is drawing concern on whether Manchin -- a former governor of West Virginia -- will do the right thing, according to Lawrence.

Rob Peddicord, owner of Appalachia Hotel and Suites, is concerned that a $15 minimum wage could be damaging to his small hotel in Kingwood, W.Va., and that it does not belong in a Covid relief bill, according to Lawrence. Moreover, the state should not be providing any “blank-check bailout to any state that has mismanaged money,” part of Biden’s “American Rescue Plan.”

“You know we had to sacrifice a lot our state has and under Senator Joe Manchin,” Peddicord told FOX Business. “He did a great job as governor, I will give him that credit. He ran his state very well. I just wish he'd use some of those principles when he talks to these people in Washington. And Joe Biden, who got in office, he didn't run on all of these forty five executive actions. He didn't run on that. They act like it's mandated 'cause he won.’”

An owner of a leather design studio in Morgantown, W.Va., is also worried about Biden’s attempts to impose federal regulations, including a minimum wage.

“If you have somebody that wants to work for two dollars an hour and somebody wants to pay him two dollars an hour, then they ought to make their own decisions,” Charles McEwuen, owner of Tanner’s Alley Leather, told FOX Business. “I don't think the government should be in the business of regulating that sort of thing, because if the minimum wage goes up, then everything else goes up and it cuts into how much an employer can pay and how many people he can hire on a small small business level.”

Meanwhile, other voters are concerned about “the signal that was sent of canceling the Keystone Pipeline,” Lawrence said. “There’s another natural gas pipeline that needs to go through West Virginia. It is still waiting on federal permits.”

Even as Manchin could sway the power of a split Senate, his track record in West Virginia has many assured that he will not surrender to the progressive agenda.

“I think Senator Manchin is a very balanced senator,” McEwuen said. “He came from a small business background, and I think he knows the struggle that people are having. At the same time, I think he’s aware that you just can’t manufacture money. Somebody’s going to have to pay for it eventually somewhere.”