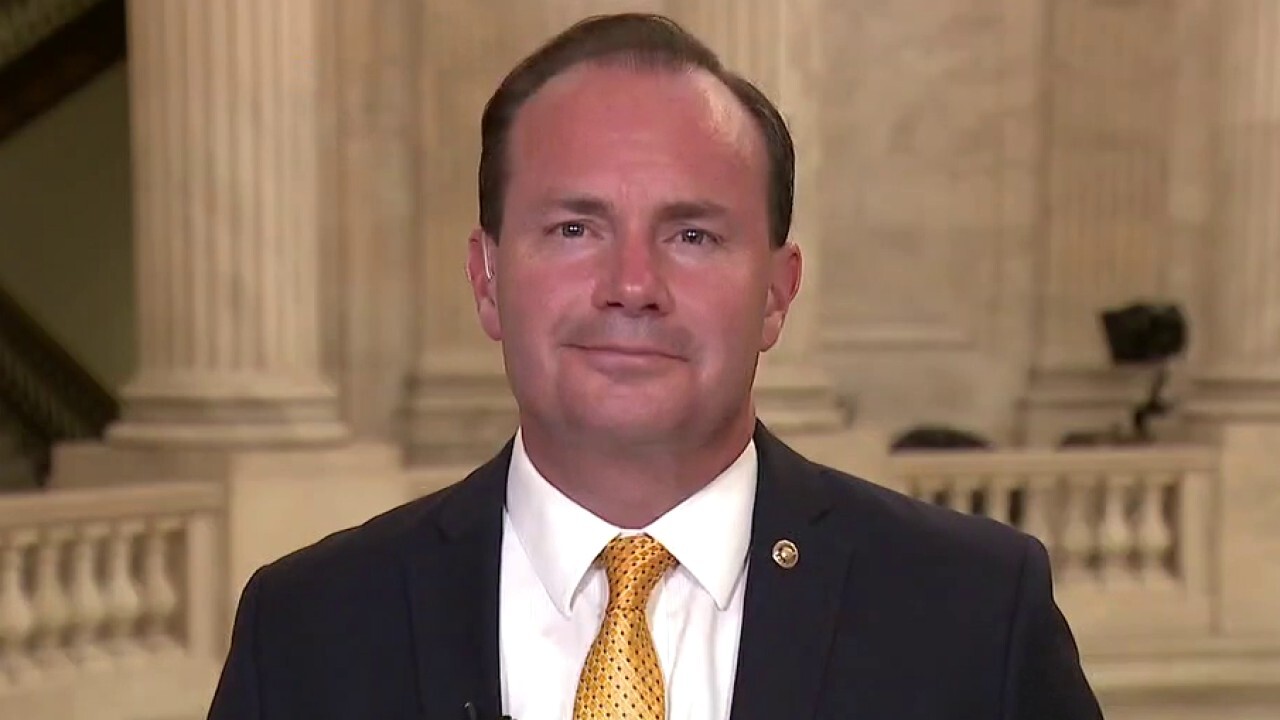 Sen. Lee: Dems' infrastructure bill is an 'inflation bomb' dropped on the economy

Senate Majority Leader Chuck Schumer, D-N.Y., said the Senate has "come to an agreement" on the infrastructure bill after months of deadlock.

"In a few minutes, I will announce that we have come to an agreement for final passage of the bipartisan infrastructure proposal," Schumer said on the Senate floor on Monday night. "This will do a whole lot of good for America."

Schumer laid out two tracks for the infrastructure bill: "One dealing with traditional infrastructure," the bipartisan package some Republicans are likely to support; and "one dealing with climate and the problems American families face," a more partisan Democratic measure.

Sen. Kevin Cramer, R-ND, explained his support for the bill on "Sunday Morning Futures" this past weekend.

"Of the $1.2 trillion, $450 billion – that’s over a third of it – is not just infrastructure, it’s roads and bridges specifically," Cramer told host Maria Bartiromo. "In addition to that, there’s ports, waterways, railroads, airports broadband, all of which are critical to the movement of goods and services around this country and around the world."

But some Republicans nevertheless oppose the measure.

"As Admiral Ackbar said, in Star Wars, it's a trap," Sen. Ted Cruz, R-TX, said in a speech on the Senate floor last week.

"Democrats want to give billions of dollars to unelected bureaucrats in the Biden administration to spend however they please," Cruz warned. "This bill spends $21.5 billion to create a new office of the Department of Energy called the Office of clean energy demonstrations, which would give President Biden's Secretary of Energy the power to use taxpayer dollars to invest in whatever green energy initiatives she likes, reminiscent of Solyndra, we could have the same bankruptcies at taxpayer expense. This bill spends $24 million in taxpayer dollars to preserve the water in San Francisco Bay. And the Long Island Sound would receive $106 million in taxpayer dollars.

"As the New York Times reported, ‘Climate resiliency programs would receive their largest burst of government spending ever from this bill.' And the Wall Street Journal rightly called it, ‘A major down payment on President Biden's Green New Deal.' That's exactly what this bill is," Cruz added.

"Now is the time to act on inflation, but I think we ought to use the tools that we in Congress have, like, for example, not passing the bill that he's supporting right now, which is a $1.2 trillion inflation bomb being dropped on an already carpet-bombed economy."

He noted that "at least $250 billion" of the bill is not "accounted for" by revenue that the bill would raise, thus adding to the federal deficit.