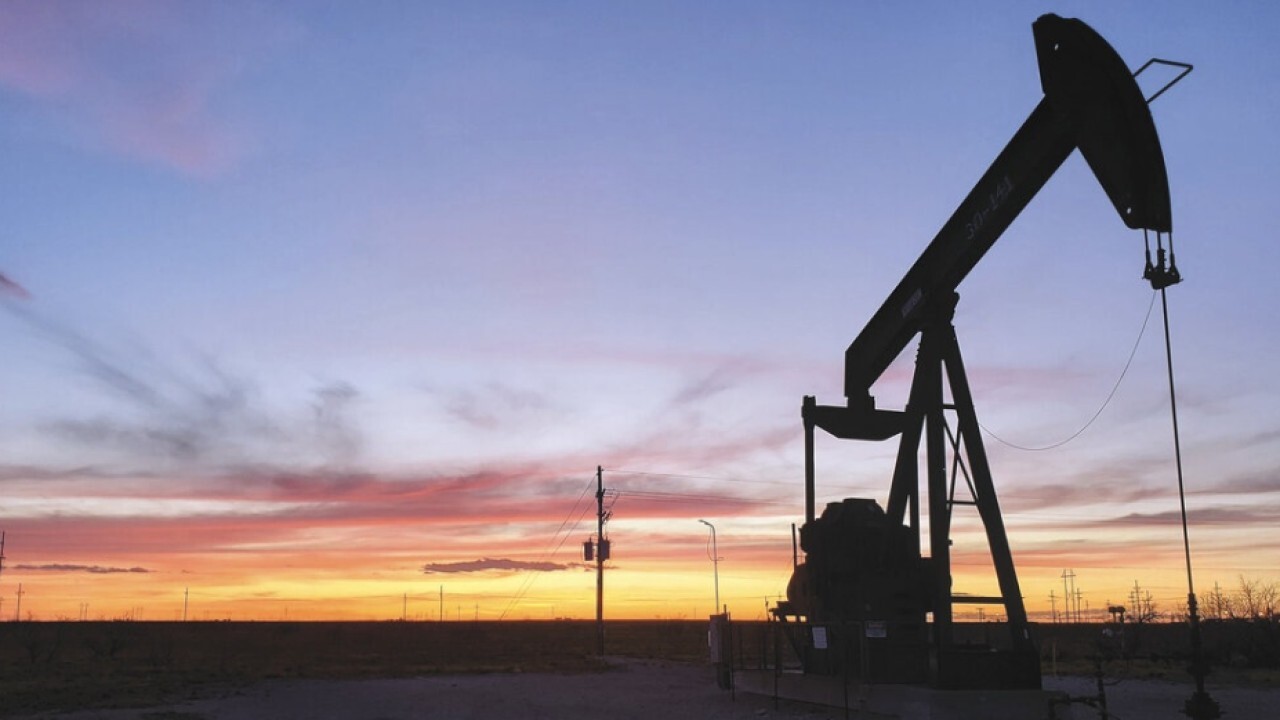 David Tawil, president of Maglan Capital, said he expects oil to rise 'consistently and considerably' through the end of 2021.

Republicans are lauding a federal court's decision Tuesday to slap the Biden administration with a preliminary injunction preventing it from implementing the president's "pause" on oil and gas leases on federal lands.

The case was brought by a group of 12 Republican-controlled states, led by Louisiana and including Alaska, Montana, Texas and others. The states argued that by refusing to sell any new leases, the Biden administration was violating the Outer Continental Shelf Lands Act (OCSLA) and the Mineral Leasing Act (MLA), two laws Congress passed that require the executive branch to lease oil and gas rights on federal land.

They also said the administration violated the Administrative Procedures Act (APA), a statute that was often used by Democrat-leaning states to target rules made by the Trump administration. The states charged that the leasing pause violated the APA's ban on "arbitrary and capricious" rulemaking, among other things.

Doughty agreed with the states' claims and issued an injunction that will force the Biden administration to revoke its pause on oil and gas leases until the litigation is over.

"Both MLA and OCSLA set forth requirements to hold lease sales of eligible land and sets forth how it is to be conducted. The agencies could cancel or suspend a lease sale due to problems with that specific lease, but not as to eligible lands for no reason other than to do a comprehensive review," the ruling said. "Although there is certainly nothing wrong with performing a comprehensive review, there is a problem in ignoring acts of Congress while the review is being completed."

The ruling continued: "By pausing the leasing, the agencies are in effect amending two Congressional statutes, OCSLA and MLA, which they do not have the authority to do. Neither OCSLA nor MLA gives the Agency Defendants authority to pause lease sales. Those statutes require that they continue to sell eligible oil and gas leases in accordance with the statutes."

BIDEN CLIMATE POLICY WILL BE 'KISS OF DEATH' FOR SMALL BUSINESSES, CEO SAYS

The court also said the individual denials of leases stemming from the Biden executive order are "supported by no reasoning whatsoever" and therefore are arbitrary and capricious.

"The omission of any rational explanation in canceling the lease sales, and in enacting the Pause, results in this Court ruling that Plaintiff States also have a substantial likelihood of success on the merits of this claim," the court said of the APA complaint.

"Judge Terry Doughty sees the Biden ban on oil and gas leases for what it is: an unconstitutional overreach that willfully ignores Article I of the Constitution," Sen. Cynthia Lummis, R-Wyo., said. "Congress created numerous laws requiring mineral and energy leasing, and the president cannot ignore them when he feels like it."

The White House did not return a request for comment on the ruling, which is a significant rebuke for the president who started his term with a flurry of executive orders.

"Tonight’s decision blocking Biden’s heartless ban on oil and gas leases on federal lands is important," added Rep. Liz Cheney, R-Wyo., "In Wyoming, we rely on oil and gas to support our economy & provide resources for our communities. Our fossil fuels are national treasures that power our nation."

The Tuesday ruling very unlikely to be the final word in the legal battle over the oil and gas pause. The Biden administration has the option to appeal the preliminary injunction, or it could fight the case on the merits at the district court level.