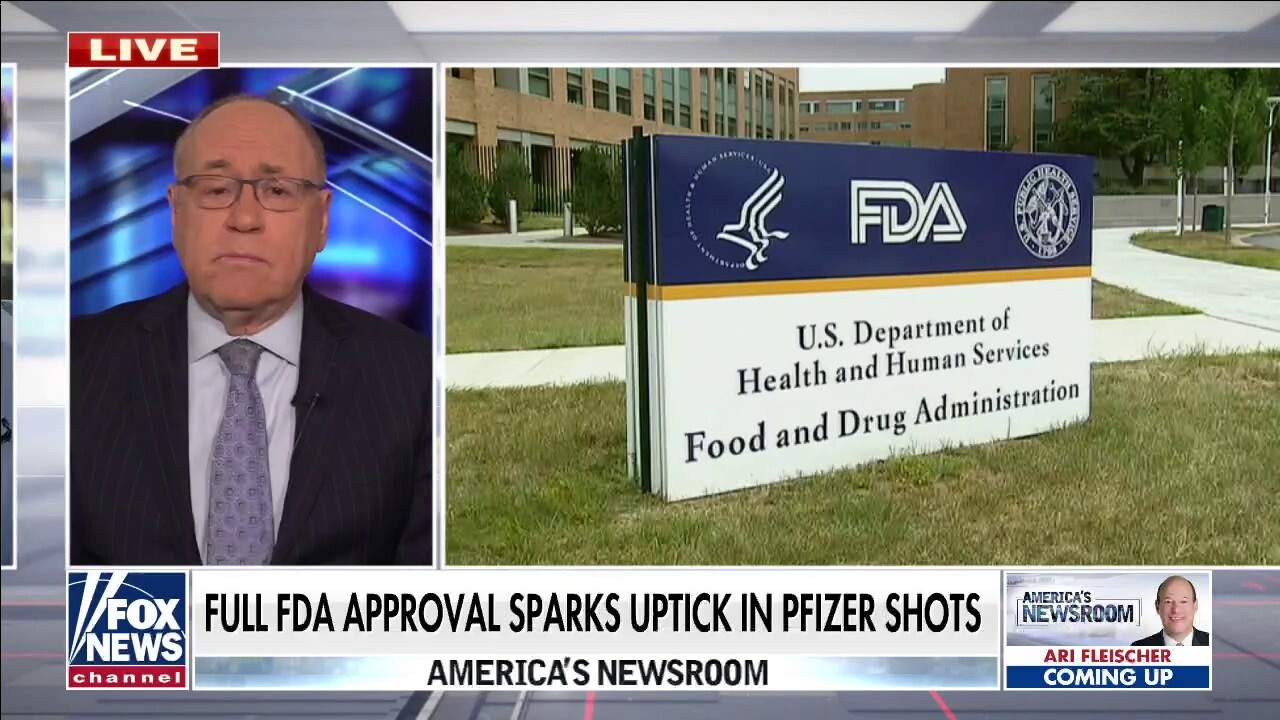 Dr. Marc Siegel weighs in on the recent report suggesting the Biden administration  may not be waiting on science from the agency to justify the decision.

Federal health officials are asking the White House to push back a timeline for the rollout of the Moderna booster campaign, after the Biden administration set a Sept. 20 timeline for the shots.

A U.S. government health source told Fox News that members with the CDC feel the White House likely got ahead of itself in setting a Sept. 20 timeline.

"We always said we would follow the science and this is all part of a process that is now underway. We are awaiting a full review and approval by the FDA and a recommendation by the ACIP," White House spokesman Chris Meagher told Fox News. "When that approval and recommendation are made, we will be ready to implement the plan our nation’s top doctors developed so that we are staying ahead of this virus."

Though Moderna might be held up, the Pfizer booster is on track to meet the Sept. 20 timeline.

When approached for comment, Pfizer told Fox Business that it sent its submission to the FDA last week, and to contact the FDA for more information on timing.

Moderna posted on Twitter Friday afternoon, "We are pleased to announce that today we completed our submission to the @US_FDA, which we began on Wednesday, for the evaluation of a booster dose of the Moderna COVID-19 vaccine."

White House Press Secretary Jen Psaki was questioned if the timeline was premature earlier this week during a press conference. She responded: "This was a recommendation made by our nation’s leading health experts based on mounds and mounds of data."

The apparent delay comes after President Biden touted that the booster campaign last month and said, "the plan is for every adult to get a booster shot eight months after you got your second shot."

"Pending approval from the Food and Drug Administration and the CDC’s Committee of outside experts, we’ll be ready to start this booster program during the week of Sept. 20, in which time anyone fully vaccinated on or before Jan. 20 will be eligible to get a booster shot," he said on Aug. 18. "Just remember, as a simple rule: Eight months after your second shot, get a booster shot."

He again mentioned the Sept. 20 timeline last Friday in the White House, saying, "this booster program is going to start here on September the 20th, pending approval of the FDA and then a CDC committee of outside experts."