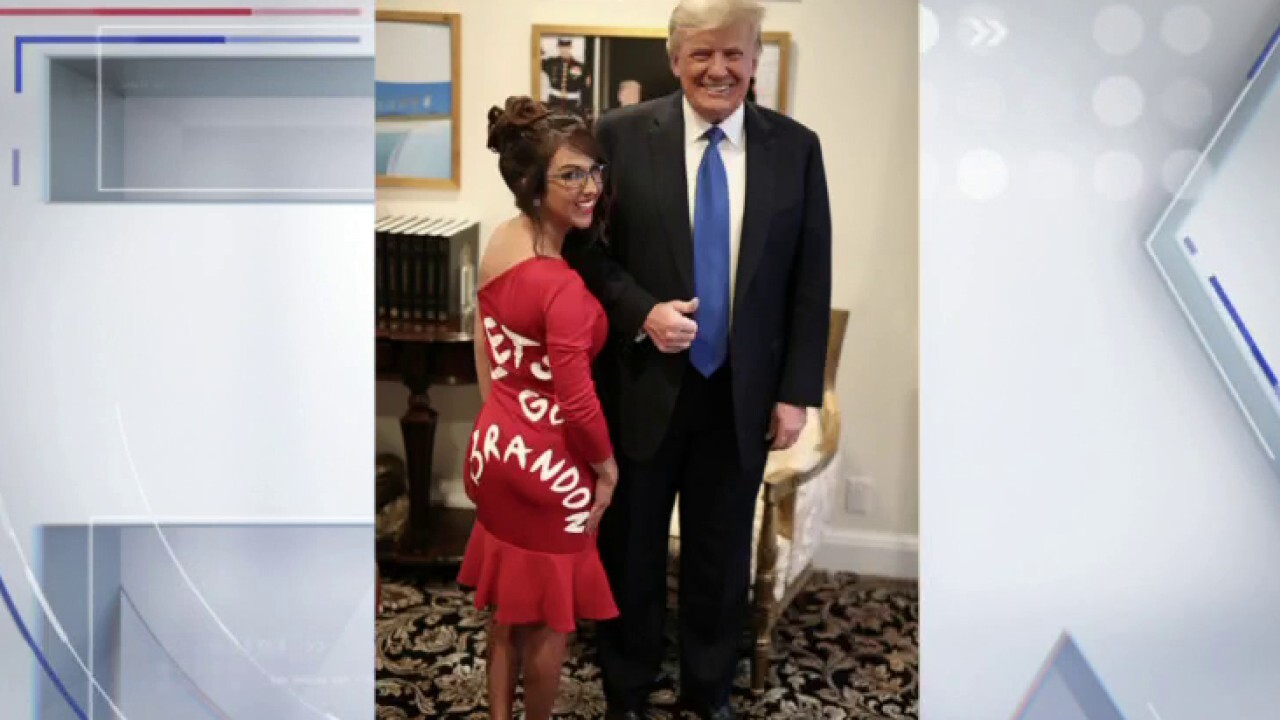 Fitness equipment company Peloton is being accused of banning users from using the tag "LetsGoBrandon" on their system platforms.

According to screenshots published by PJ Media, Peloton sends users an error message when they try to connect with other users with similar interests using the tag "LetsGoBrandon."

Inspired by its world class instructors and passionate community of Members, Peloton Apparel is designed to seamlessly transition from class and beyond (Peloton)

Hashtags critical of President Biden appear to be allowed on the platform including, #ImpeachBiden, #WomenForTrump, and others. However, The hashtag #BlackLivesMatter has almost 270,000 members while #AllLivesMatter has been banned, PJ Media reported.

Peloton did not immediately respond to a request for comment from Fox News.

Twitter users have also posted screenshots of similar issues with the "LetsGoBrandon" tag.

SAN ANSELMO, CALIFORNIA - APRIL 06: Becky Friese Rodskog rides her Peloton exercise bike at her home on April 06, 2020 in San Anselmo, California. More people are turning to Peloton due to shelter-in-place orders because of the coronavirus (COVID-19) (Getty Images)

The three-word phrase "Let’s Go Brandon" became an internet sensation last month when an NBC Sports reporter told her television audience during her interview with NASCAR  Xfinity Series driver Brandon Brown that the crowd was chanting "Let’s Go Brandon" in the background. The crowd was, in fact, clearly shouting "F*** Joe Biden" as a rebuke to the president.

At that moment, the internet turned the reporter’s misstatement into a viral cultural mainstay with Americans all across the country chanting the phrase "Let’s Go Brandon" at sporting events, including it in viral pranks, billboards, memes, and the phrase even made it on the dress of a Republican congresswoman.

"It’s not a phrase, it’s a movement!" Rep. Lauren Boebert tweeted last week along with a photo of her with former President Trump wearing a dress emblazoned with "Let’s Go Brandon."

NASCAR is attempting to distance itself from the online "Let’s Go Brandon" trend that was birthed at one of its races saying it does not want to associate itself with politics of the "left or right."

"It’s an unfortunate situation and I feel for Brandon, I feel for Kelli," Steve Phelps, NASCAR's president, said Friday in comments that were confirmed by NASCAR to Fox News.  "I think, unfortunately, it speaks to the state of where we are as a country. We do not want to associate ourselves with politics, the left or the right."