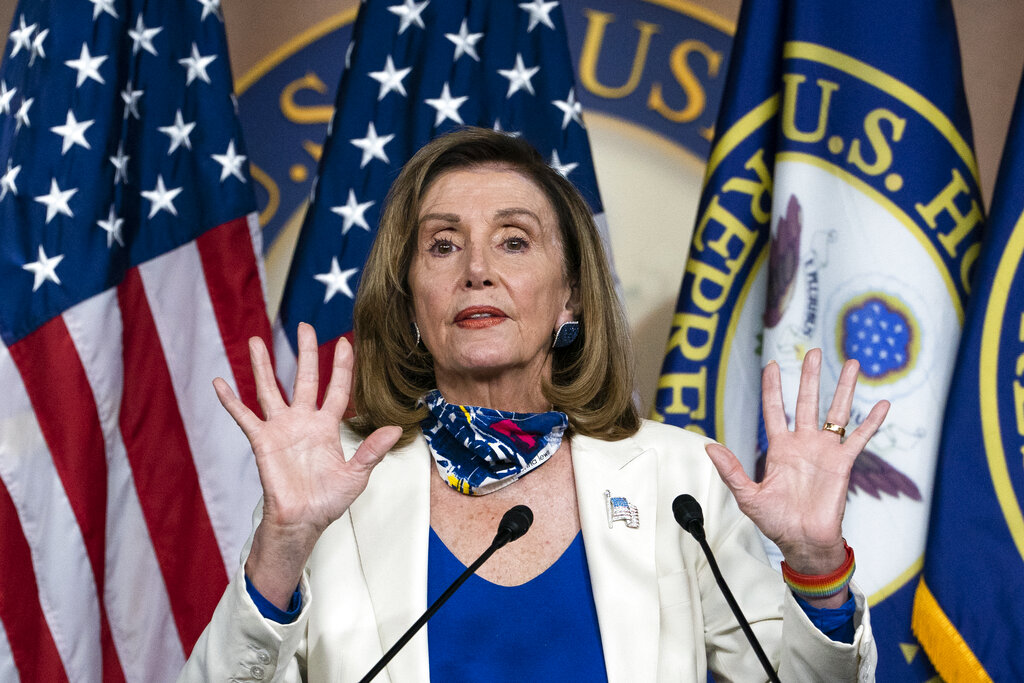 House Speaker Nancy Pelosi pondered out loud whether President Trump’s use of an anti-inflammatory drug “was impacting his thinking” after the abrupt halt of negotiations over the next coronavirus stimulus bill, according to reports.

Pelosi questioned whether dexamethasone, a steroid used for treating some COVID-19 patients, had affected the president’s thought process as he recovers from his illness, during a Democratic call Tuesday, according to CNN’s Manu Raju, who cited two people on the line.

The drug’s potential side effects can include vertigo, psychic disorders and mood swings, according to the U.S. Food and Drug Administration.

TRUMP REJECTS DEM'S CORONAVIRUS RELIEF PROPOSAL, CALLS OFF NEGOTIATIONS 'UNTIL AFTER THE ELECTION'

But Dr. Brian Garibaldi, a specialist in pulmonary critical care, said the president received his first dose of the drug Saturday did not subsequently appear to show any side effects.

President Trump pulled the plug on coronavirus-relief negotiations this week after talks between Pelosi and Treasury Secretary Steven Mnuchin failed to produce results.

In a statement, Pelosi lambasted the president.

“Today, once again, President Trump showed his true colors: putting himself first at the expense of the country, with the full complicity of the GOP members of Congress,” she said.

On Twitter, Trump countered that the Democrats were after more money than is justified for the next round of COVID-19 relief.

“Nancy Pelosi is asking for $2.4 trillion ... to bail out poorly run, high crime, Democrat states, money that is in no way related to COVID-19,” Trump claimed on Twitter Tuesday afternoon. “We made a very generous offer of $1.6 trillion ... and, as usual, she is not negotiating in good faith.”

And neither of those totals are anywhere near the bipartisan Problem Solvers Caucus’ proposal, which would cost about $1.5 trillion and has received an endorsement from the White House.

“American families and America's small businesses are hurting and cannot afford more delays — especially when a deal is within reach,” the caucus’ leaders said in a joint statement Tuesday.

But Trump tweeted that instead he has asked McConnell to focus on the Supreme Court confirmation of Judge Amy Coney Barrett.

McConnell said Tuesday that he supported the president’s move to shift gears.

“I think his view was that they were not going to produce a result, and we needed to concentrate on what’s achievable,” McConnell said.

Sen. Susan Collins, a moderate Maine Republican who is up for reelection, disagreed.

"Waiting until after the election to reach an agreement on the next COVID-19 relief package is a huge mistake,” she said in a statement.