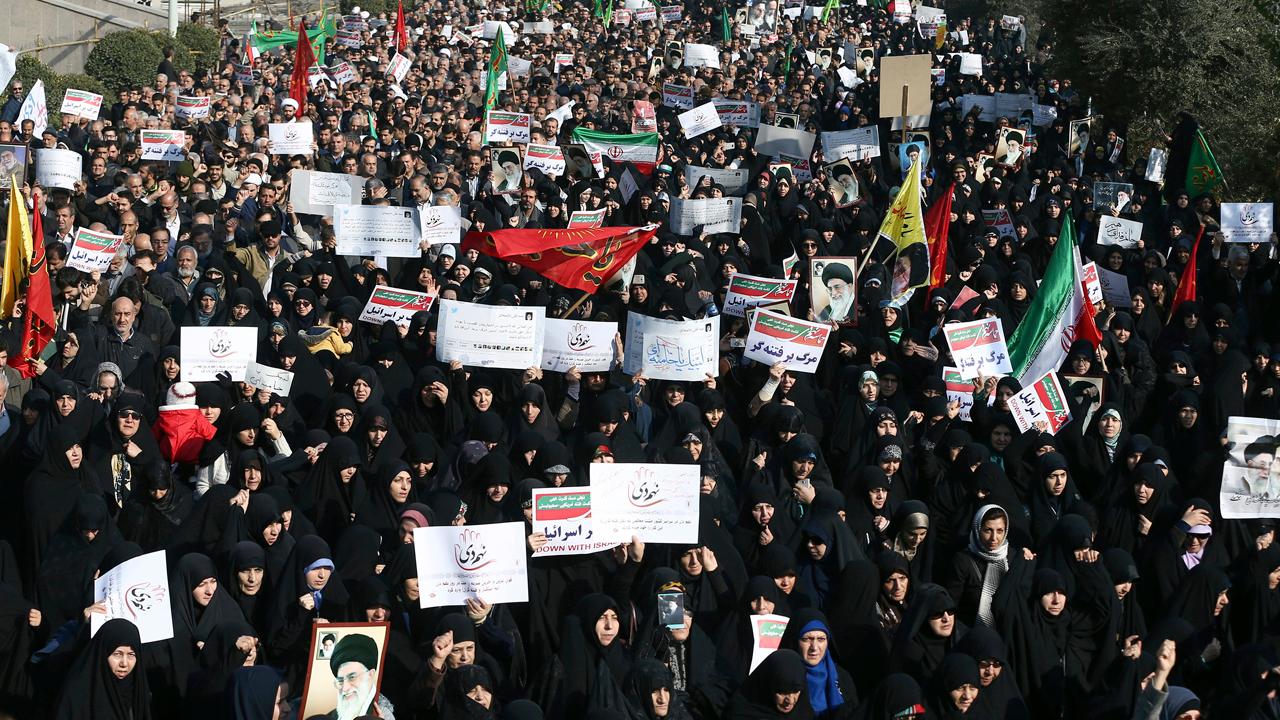 David Keyes, a spokesperson for Israeli Prime Minister Benjamin Netanyahu discusses where Israel stands on the violent protests against the Iranian regime.

While it remains an “American decision” to cut off aid, Keyes questioned Palestinians’ spending habits.

“Not only are the Palestinians turning down every peace offer, they are spending hundreds of millions of dollars to kill Israelis,” he asserted.

Meanwhile, unrest continues to escalate amid ant-government protests in Iran. President Trump on Wednesday vowed to give “great support” to Iranians, days after the supreme leader blamed the nation’s “enemies” for anti-government protests. Keyes however, had a different opinion.

“Those claims are laughable, they are wrong,” said Keyes. “President Rouhani is insulting the intelligence of the Iranian people by saying that. It’s very evident who is in charge of these protests. These are average Iranians. These are students and housewives. These are people who care deeply about the future of Iran, and it’s obvious why they are coming out into the streets.”

Such respect for the people of Iran as they try to take back their corrupt government. You will see great support from the United States at the appropriate time!

For decades, the Iranian regime has been accused of funding global terrorism and suppressing the Iranian people. In December, government officials banned social media, deeming it necessary to maintain public safety.

“The regime fears their own people, and they fear the truth. That’s why they are banning social media,” said Keyes. “It’s very disturbing to see these pictures, and the Prime Minister heard the silence of some European leaders and said it’s just not right to stay silent in the face of this repression and that’s one of the main reasons why he decided to speak out and to wish the Iranian people every success in their noble quest for freedom.”

Keyes added that Prime Minister Netanyahu ultimately believes that “Iranians and Israelis will be great friends once again.”