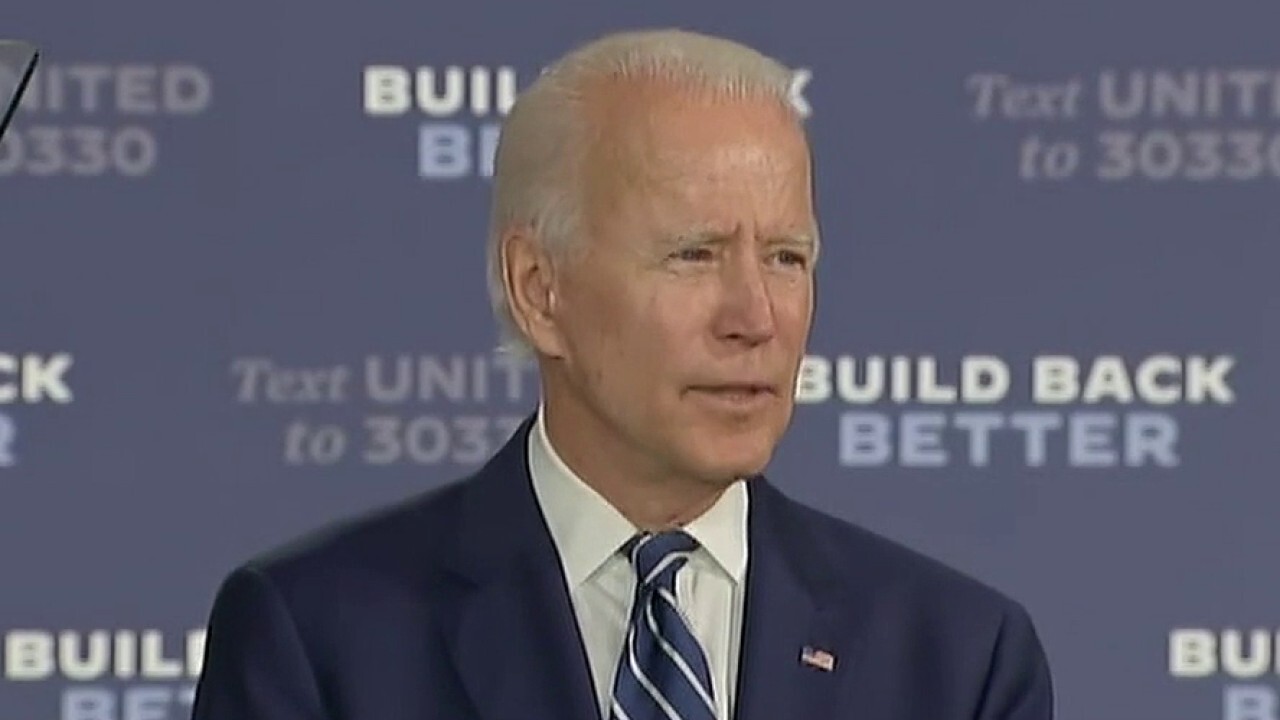 Ohio will vote for President Trump over “China-friendly” presumptive Democratic presidential nominee Joe Biden, said a lifelong Democrat who converted to the Republican Party in the 2016 presidential election.

“Normally, I talk to people in unions, steel mills, power plants, these were teachers, people that are not supposed to be Republicans and conservatives … people that worked in retail, doctor’s offices, police, they can’t wait to vote for President Trump and this congressman Christina Hagen come November,” Ohio truck driver Geno DiFabio told "Fox & Friends."

DiFabio said Biden has offered “virtually nothing” for the people of Ohio and wants to reverse everything Trump accomplished on job creation.

BIDEN SNAPS AT QUESTION ON COGNITIVE TEST, LIKENS IT TO ASKING REPORTER IF HE'S 'A JUNKIE'

DiFabio's comments came after Biden kicked off his "Made in America" tour targeting Ohio's working-class voters.

On Wednesday, the presumptive Democratic presidential nominee announced he would not travel to the Aug. 17 Democratic National Convention in Milwaukee, Wis. -- even as it was scaled back -- because of health concerns.

Instead, Biden would accept his nomination at the three-day event virtually -- though the details remain fuzzy, as do those of a potential vice presidential pick.

DiFabio said Trump’s message was to cut taxes and regulations and bring jobs to America that were offshored overseas by American companies.

“Why do we have to make a coil of steel in China, put it on a boat and bring it here when we developed it and we can build it here and he was right and proved he was right,” DiFabio said.

“Joe Biden might have a connection with China, he can send Hunter over there," he said, referring to Biden's son Hunter Biden. "Maybe Hunter will be his ambassador or something. Other than that, I don’t know what he is going to do. He seems to be very friendly with China and they are our biggest threat economically, militarily, and everything else.”