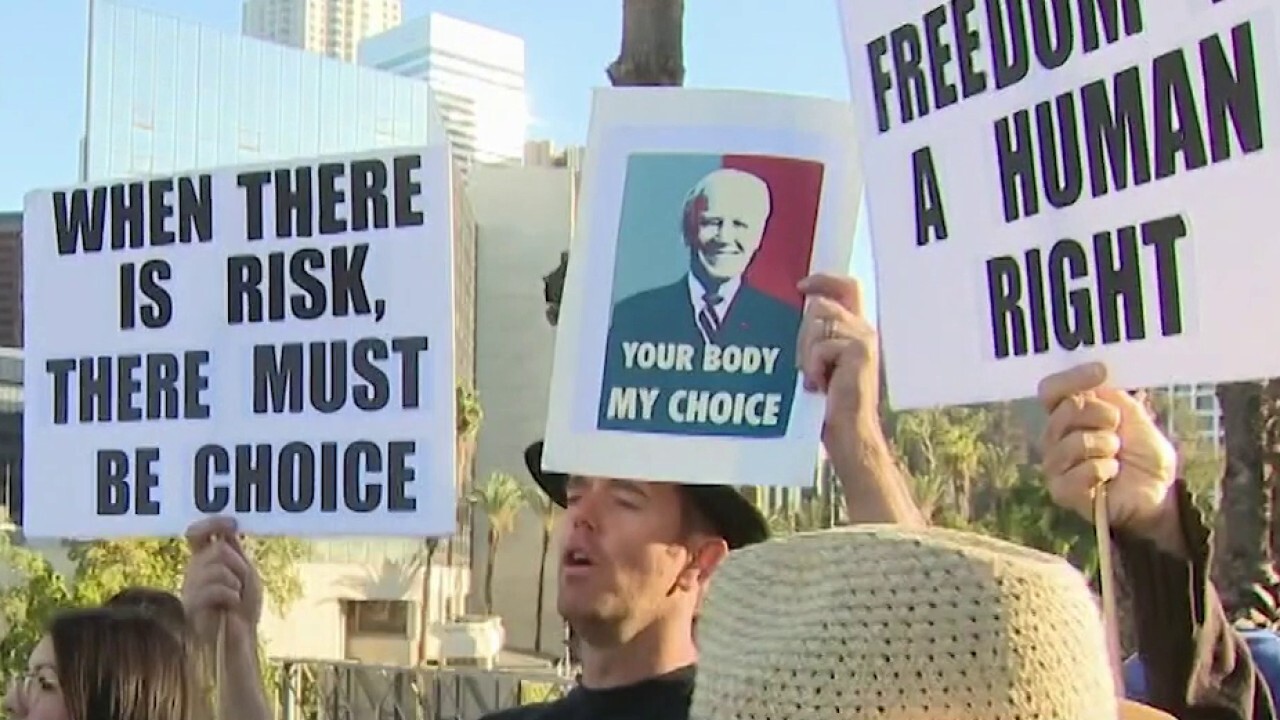 New York City Mayor Bill de Blasio's announcement that he will require all private businesses in the city to mandate vaccines by the end of the month "blindsided" a major business organization, which said they had no indication the move was coming.

"The business community was blindsided by the media leak from City Hall that there will be a vaccine mandate on the city’s private sector employees, apparently with no testing option," Partnership for New York City told Fox News on Monday.

"Inconsistent policies at the federal, state and city levels are not helpful and it is unclear who will enforce a mayoral mandate, and whether it is even legal," the group added. "President Biden’s vaccine mandate on employers with over 100 employees is currently held up by litigation and it is hard to imagine that the mayor can do what the president is being challenged to accomplish."

"The president focused on large employers, provided a testing option for those who do not get vaccinated, and allowed four months to prepare for compliance," Partnership for New York City also said.

De Blasio said in a press briefing Monday that his office plans to aggressively reach out to businesses – including through a call center – to help formulate exactly what the rules and enforcement mechanisms will be. He said the final rules will come out on Dec. 15 before the vaccine mandate goes into effect on Dec. 27.

"As the mayor said repeatedly this morning, the city will work closely with the business community before enforcement begins to ensure everyone’s ready to adopt to this change smoothly. The mayor has full legal authority to keep New Yorkers safe in a public health emergency, and we won’t rest until we have ended the COVID era once and for all," Schwartz said.

The mayor said the mandate is a "preemptive strike" with the threat of the omicron variant and cold weather looming, and a necessary step to prevent renewed lockdowns like the kinds going into effect in Europe right now.

BIDEN HIT WITH STRING OF LEGAL LOSSES ON VACCINE MANDATE, AS DOJ VOWS TO 'VIGOROUSLY DEFEND' IT IN COURT

"We need to take very bold action, aggressive action, to address these threats," de Blasio said Monday, warning against slipping into a situation where strict, previously-used measures might be deemed necessary.

He added: "We all went through shutdown, we do not want to go through it again. It had a horrible dislocating impact on the lives of our families, our kids."

A union member gets the Johnson & Johnson COVID-19 vaccination in Chicago. New York City is taking a first-in-the-nation step requiring all private employers to mandate vaccines for their employees. (AP Photo/Jacquelyn Martin)

De Blasio said the mandate will not apply to remote workers, the state government, or entities connected with the state government like the Metropolitan Transit Authority. He said he only talked to New York Gov. Kathy Hochul on Monday morning to inform her that New York City would take such an aggressive step on vaccine mandates.

New York Attorney General Letitia James panned the way De Blasio rolled out the mandate in a Monday statement. She also appeared to call on Hochul to implement a vaccine mandate for employers similar to the one President Biden supports – allowing employees to submit to regular virus tests if they do not get vaccinated.

"I support a vaccine mandate with a testing option, but why are we still doing this piecemeal? A mandate alone won’t get us out of crisis, particularly when it's implemented without input from employees and employers," she said. "This cannot be done municipality by municipality. New York state must finally lead."

Meanwhile, New York City Mayor-elect Eric Adams is not committing to upholding de Blasio's vaccine mandate when he enters office on Jan. 1, less than a week after the current mayor's mandate is set to go into effect, the New York Times reported.

FOX Business reached out to Adams' office but did not immediately get a response.