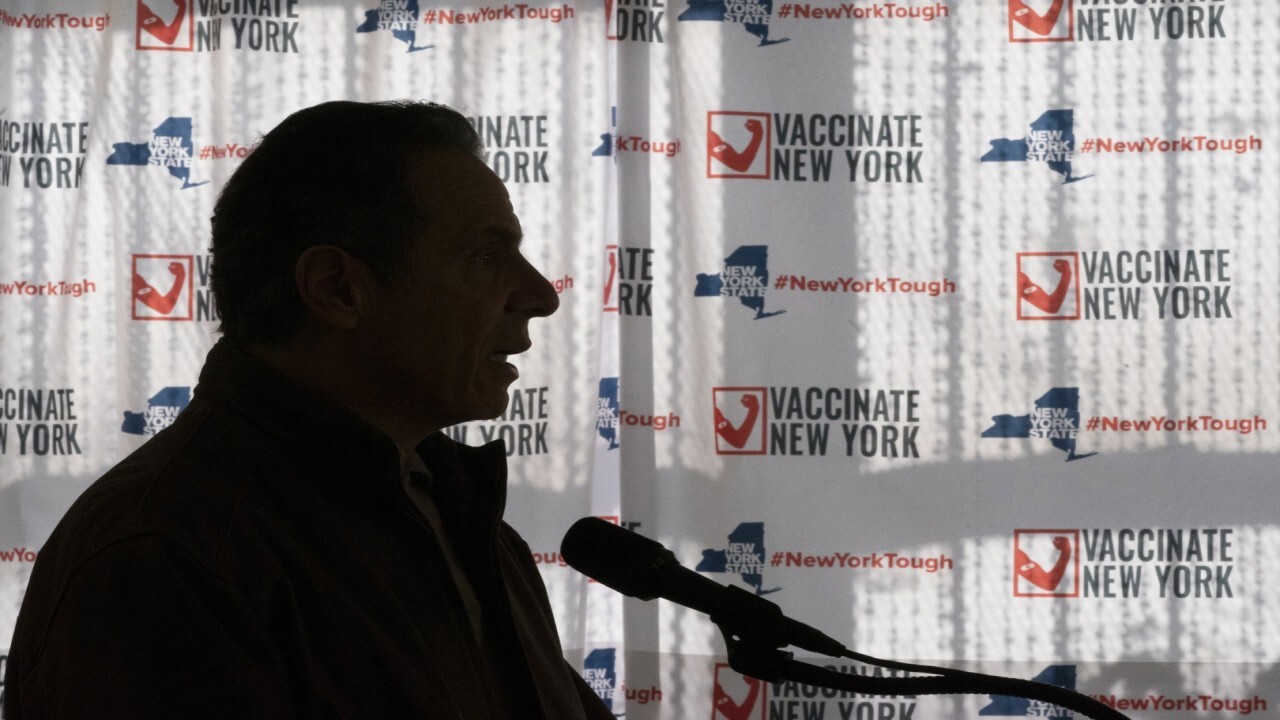 Rep. Tom Reed, R-N.Y. said Friday he will file a criminal complaint against New York Gov. Andrew Cuomo's aide and is calling for her arrest, after a bombshell admission that she withheld data on COVID-19 deaths at nursing homes to avoid federal scrutiny.

"I'm going to be looking at filing a personal criminal complaint against this individual today in local law enforcement offices as well as federal offices because she needs to be arrested today," Reed told FOX Business' Maria Bartiromo on Friday.

A spokesperson for Cuomo did not immediately respond to FOX Business' request for comment about threats of a criminal complaint.

Melissa DeRosa, the secretary to the governor, told top New York Democrats on Thursday that Cuomo's administration feared the data about COVID-19 deaths could "be used against us" by the Justice Department in the midst of its federal probe initiated against four states regarding nursing home deaths, including New York.

The admission fueled outrage after a probe by the New York Attorney General Letitia James revealed Cuomo's Department of Health underreported COVID-19 deaths in nursing homes by as much as 50%.

"Now we have Gov. Cuomo’s second-in-command essentially on a taped confession to fellow Democratic lawmakers admitting she committed criminal activity to cover up for what they were hiding from the federal officials that were responsible to get to the bottom of this, and make sure that skilled nursing homes and nursing homes themselves learned what happened with the COVID-19 positive order that sent 15,000 people to their death that Cuomo issued back in March," Reed said.

DeRosa attempted to walk back her claims on Friday, insisting in a statement that "we were comprehensive and transparent in our responses to the DOJ."

“I was explaining that when we received the DOJ inquiry, we needed to temporarily set aside the Legislature’s request to deal with the federal request first," she said.

"We informed the houses of this at the time," she continued. "We were comprehensive and transparent in our responses to the DOJ, and then had to immediately focus our resources on the second wave and vaccine rollout."

"As I said on a call with legislators, we could not fulfill their request as quickly as anyone would have liked. But we are committed to being better partners going forward as we sheathe same goal of keeping New Yorkers as healthy as possible during the pandemic," DeRosa added.

The governor had long faced criticism for his handling of the coronavirus pandemic in early 2020 after he directed nursing homes in the Empire State to accept patients who had or were suspected of having COVID-19. The decision created an onslaught of COVID-19 cases that infected thousands of elderly patients and resulted in hundreds of deaths among the state's most vulnerable population.

Rich Azzopardi, a senior Cuomo adviser, insinuated that the DOJ's investigation, spearheaded under former President Donald Trump's administration, was "politically motivated" and Cuomo and other top state officials feared the information would be used to "blame Democratic states for COVID deaths."

Reed said Republican lawmakers are demanding that "transparency and accountability" be part of the next COVID-19 package.

"The days of Cuomo are going to be numbered in Albany here, but most important we need to start with this second-in-command," Reed said.

Other New York Republican lawmakers, including Rep. Elise Stefanik, demanded that Cuomo and his "senior team" be "prosecuted immediately" at the state and federal levels, regarding the nursing home deaths.

But on Wednesday, the state revealed the number of deaths was actually 15,049 residents in elder care facilities (nursing homes and assisted living/adult care facilities), according to a letter from the State Health Commissioner Dr. Howard Zucker sent to Senate Democrats

Meanwhile, Cuomo is expected to travel to Washington, D.C., on Friday in the midst of the scandal in his first visit to the White House since President Biden took office to discuss the federal American Rescue Plan for dealing with the coronavirus.